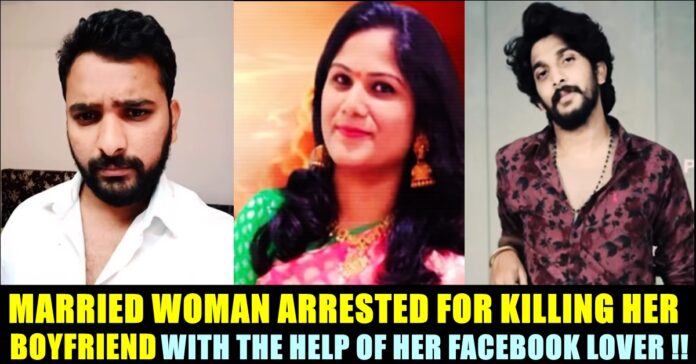 A bizarre report on a married woman named Shwetha getting arrested along with her Facebook lover and his accomplice for planning and executing a murder of her another boyfriend has created shock waves in the internet. It has been reported that the deceased blackmailed Shwetha with a private pictures and videos of herself as a result of which, she planned to “get rid of him” by murdering him. The other two suspects were identified as a 28 year old Ashok Kumar, former vice principal of a junior college and a 30 year old K Karthick, both from Andhra Pradesh. 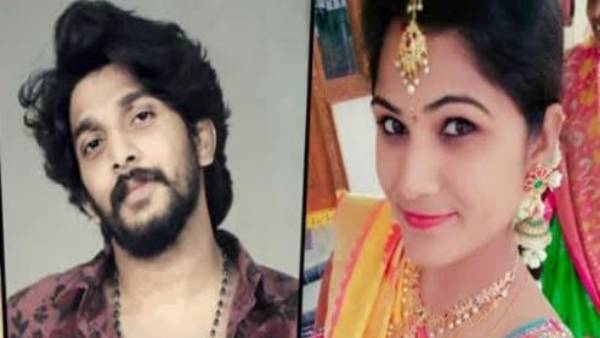 32 year old Shwetha who belongs to Ameerpet of Hyderabad, got married to a software engineer who was residing in Bangalore, a year ago. She who befriended with a photographer named Yashma Kumar through social media platforms in the year 2018, developed an extra marital affair with him, according to reports.

“The victim had asked her to make nude calls through phone and recorded them. Later, he used those videos to blackmail Shwetha and threatened her to marry him. He pressurized Shwetha and warned her of sharing the videos and pictures to her family members and her husband” said Police after the investigation.

Initially, Shwetha said to Yashma Kumar that she couldn’t marry him as she is already 4 months pregnant and tried to avoid him. However, Yashma kumar continued blackmailing her by showing her the videos of their private moments. Police said that Shwetha got scared of the consequences and decided to eliminate Yashma Kumar once and for all with the help of her another Facebook friend Ashok and his accomplice Karthick.

On 4th of May, Shwetha invited Yashma Kumar for “Dating” to let him get attacked by Ashok and Karthick. As per their plan, the duo attacked him with a hammer and the photographer died without responding to treatment.

In the investigation, Police went through the mobile contacts and interactions of Shwetha and found out that she committed the murder with the help of her Facebook lover Ashok and his accomplice Karthick.

In the Police investigation, it has been revealed that Shwetha accompanied Yashma Kumar to Prashanth Hills in the name of “dating” and killed him through Ashok and Karthick. The duo attacked Yashma Kumar with hammer four times in the head, says reports. Police have arrested Shwetha who is 4 months pregnant, Ashok and Karthik for the murder of Yashma Kumar, according to reports.