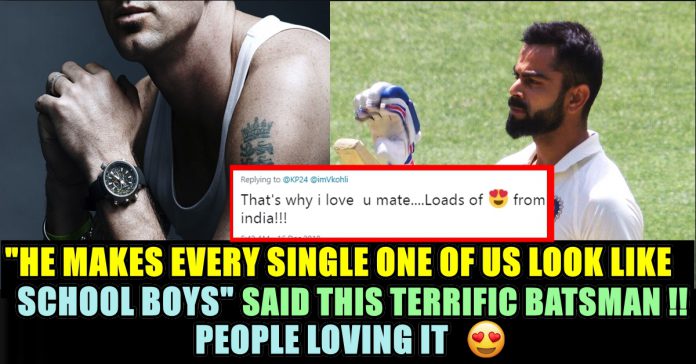 Virat Kohli slammed his 25th Test century and his seventh against Australia on Sunday to help India cross the 200-run mark on Day 3 of the second Test at the Optus Stadium in Perth. The Indian skipper hit Aussie pacer Mitchell Starc for a boundary in the second delivery of the 81st over to bring up his hundred in 214 deliveries. 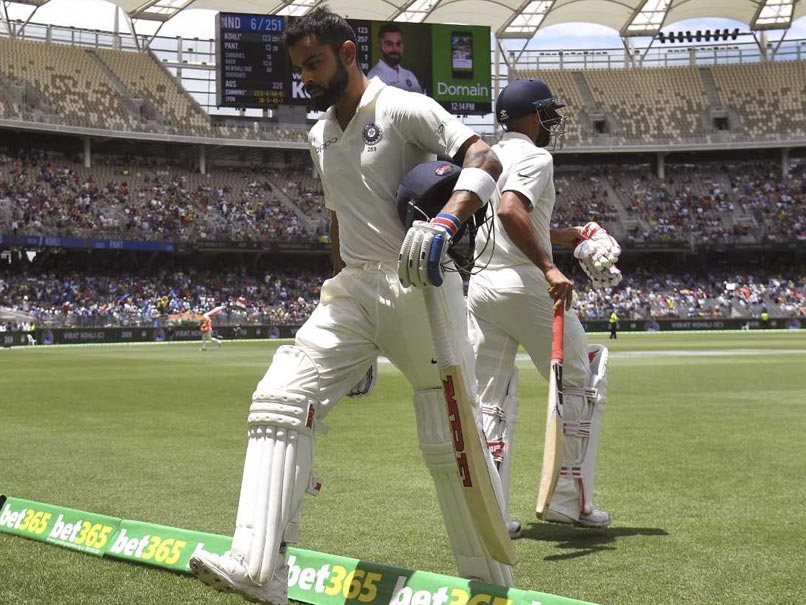 Kohli celebrated his 100 in style as he removed his helmet, pointed at his bat and moved his fingers in a manner that suggested: ‘let the bat do the talking’. With his sixth Test century in Australia and seventh against the opponents, Kohli also equalled Sachin Tendulkar’s record of most Test centuries by an Indian Down Under. 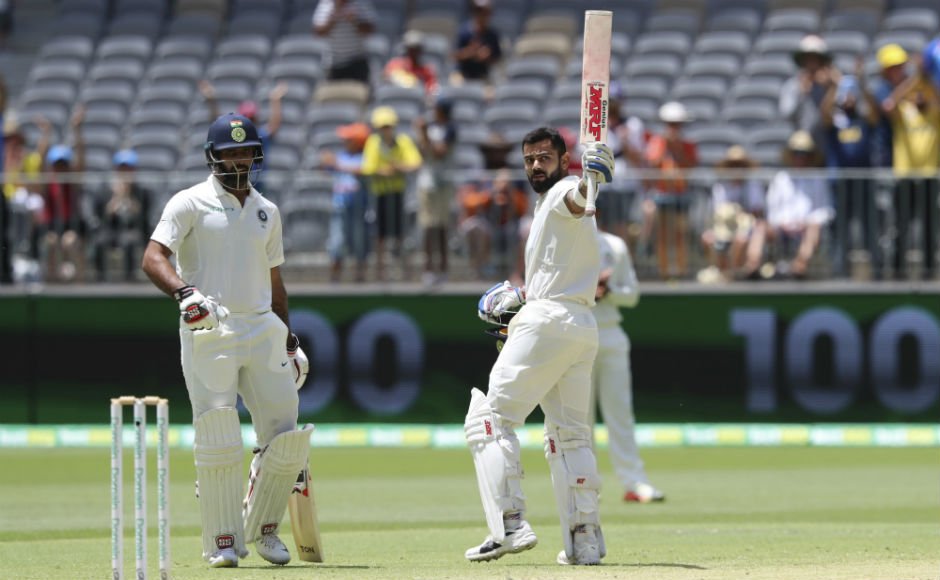 Starting the day on 82 not out, the 30-year-old captain took five overs to reach the three-figure mark. Kohli needed just 127 innings to reach 25 Test centuries. Only Australian legend Don Bradman (68) had taken fewer innings to get to the landmark. 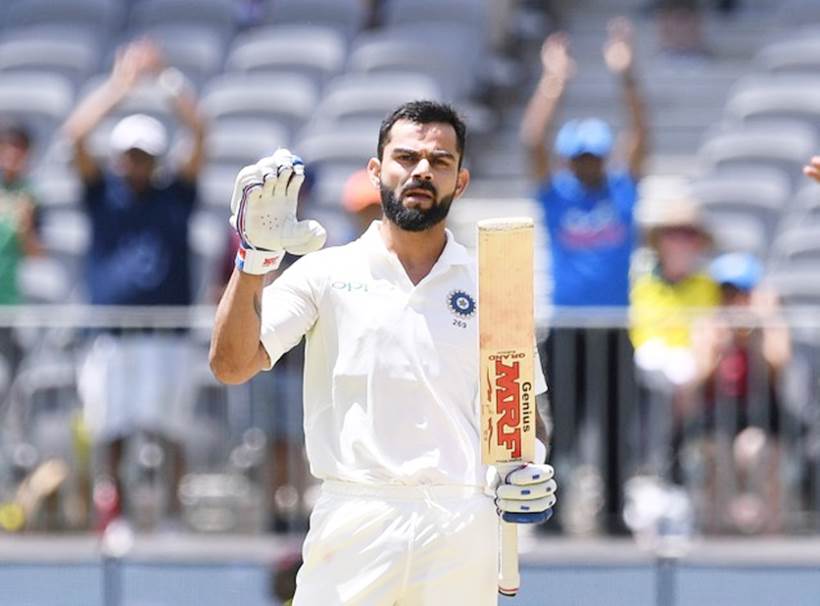 Well played @imVkohli. One of your finest innings. This knock will be remembered for a long time. #INDvAUS pic.twitter.com/Gj1dSN4k4p

Just see the value and quality of the innings after every one has batted on this pitch ..sky is the limit @bcci @imVkohli

Congrats to @imVkohli on another magnificent 100. A completely different class to any other batsman playing international cricket & on the planet. An absolute joy to watch – well played ! India now have their noses ahead, 2nd new ball again an issue for the Aussies !

Has hit 25 so far in Tests and this has been one of the more special one from Virat Kohli. Not many adjectives can do justice to the skill, to the hunger and courage. #AusVInd

Kohli batting on a different surface in Perth ?? What a PLAYER👌👌👌 what a 100 💪💪💪 captain leading from the front.. wah KING KOHLI wah.. keep it up @imVkohli @BCCI #AusvInd 2nd test

But what tops this all is England’s former legendary cricketer Kevin Pietersen’s words. In his official twitter account the right hand batsman wrote “ANOTHER 100 for @imVkohli today…he’s making every single one of us that batted before him in international cricket, look like schoolboys! So proud of you, dude!”

ANOTHER 100 for @imVkohli today…he’s making every single one of us that batted before him in international cricket, look like schoolboys!

So proud of you, dude!

Many loved his kind words towards a young player like Virat. Check out the reactions he is receiving :

Take Bradman out of the equation.. @imVkohli is the GOAT!!

@KP24 I remember you batting against the Aussie’s.. You were on your peak.. And belive me some where Aussie’s has feeled the terror of your batting like they had for @sachin_rt and right now they are having for @imVkohli ..

But i enjoyed your batting more

India won the first Test in Adelaide to take a 1-0 lead against Australia in the four-match Test series. It indeed takes a big heart say such words. Kevin won our hearts ?? Ain’t he ?? Comment your views below !!