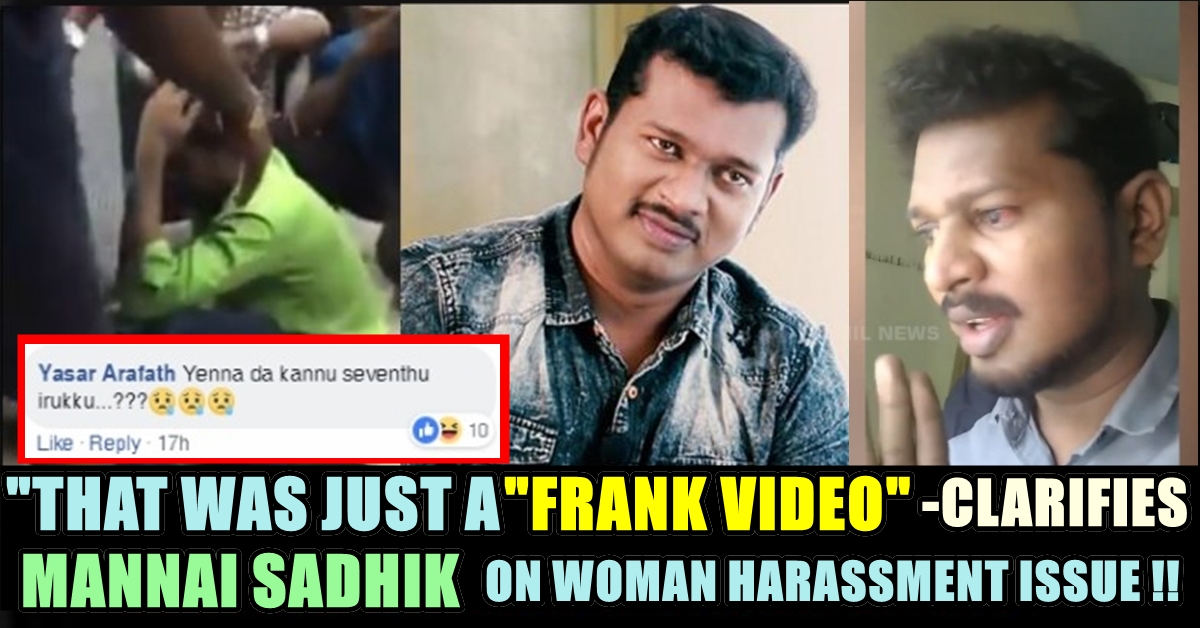 Mannai Sathik is an actor and a social media influencer, who rose to fame by posting his dubsmash videos in his Facebook account. He has more followers in social media. His acting and singing videos often gets trolled. He was born on 26 November 1988 in Mannargudi, a town in Tiruvarur district in Tamilnadu.

He completed his education at National Higher Secondary School, Mannargudi. He started his career as an employee in food restaurant Subway. In a quick span of time, he has become an internet sensation in south India. He has performed in many shows & events at Chennai, India.

Yesterday in a bizarre incident , he was allegedly beaten up by public for misbehaving with a woman. So many people who witnessed the incident in person confirmed that the man in the video who is wearing green shirt is Mannai Sathik.

The video shows him getting beaten up a group of men and he is seen sitting in a platform where he was surrounded by so many men quarreling. Then we can also see police arriving the scene. So many doubted that the man in the video is not Mannai sathik but a selfie of him in the same green shirt and the comments of people who witnessed the incident in person confrims that he is Mannai Sathik.

It is allegedly said that he was misbehaved with a woman which has no proofs and yet to be confirmed. Watch the video below :

Many doubted after the video got released that if the person really is Mannai Sadhik. Now in a way of confirming it Mannai Sadhik himself posted a selfie video in which he says that he is the one in the video.

Check out some of the comments by the people :

What do you think on his selfie video ?? Please let us know !!