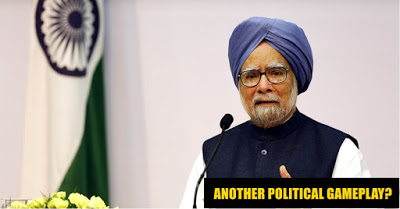 In a recent word BJP spokesperson Sambit Patra said in a press conference on Monday said that the Congress led UPA government, Manmohan Singh and P Chidambaram helped the liquor baron get his hands on the mammoth total, thus ending up with a huge loan scam in the country’s history.

“A bail-out package was given to Kingfisher Airlines on Manmohan Singh’s insistence. Not only that, only on the former Prime Minister’s insistence, the income tax department went soft on Mallya and his accounts were also unfrozen,” BJP spokesperson Sambit Patra said in a press conference on Monday.


Mallya had taken loans from a consortium of 17 banks led by the State Bank of India to help bail out his ailing Kingfisher airlines. However, in March last year, he left the country with around ₹9,000 crore of unpaid loans and charges of money laundering following as well.

Patra said: “The first loan to Vijay Mallya was granted in 2004, then again in 2008. Despite his companies declared Non-Performing Assets (NPAs), a restructuring of his loan was done in 2010. The Finance Minister forced the State Bank of India group, which was not willing to give a no-objection certificate for the issue of fresh share to raise funds, to not only issue the NoC, but a direction was given to the bank officials to meet UBL officials,” he said.

It’s almost a year since Mallya left the country. Since then, the liquor baron has been highly defiant and has defended his case saying he is being a victim of the media trial and unfair treatment by the government and investigators. In an April, 2016 interview to Financial Times , Mallya said “by taking my passport or arresting me, they are not getting any money.” The billionaire has also contested the Rs 9,000 crore figure.