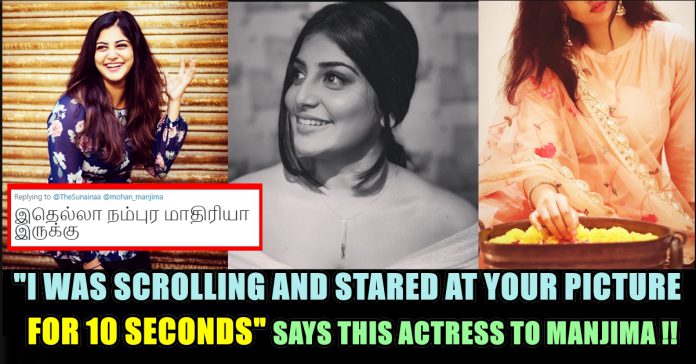 Manjima Mohan Uploaded A Photo Of Her & This Actress Stunned On Seeing It !! Check Out !!

Manjima Mohan is an Indian actress, hails from palakkad, predominantly working in Malayalam films. She started her career as a child actress in the late 2000s and early 2000s and won a Kerala State Film Award for Best Child Artist for her performance in Madhuranombarakattu. 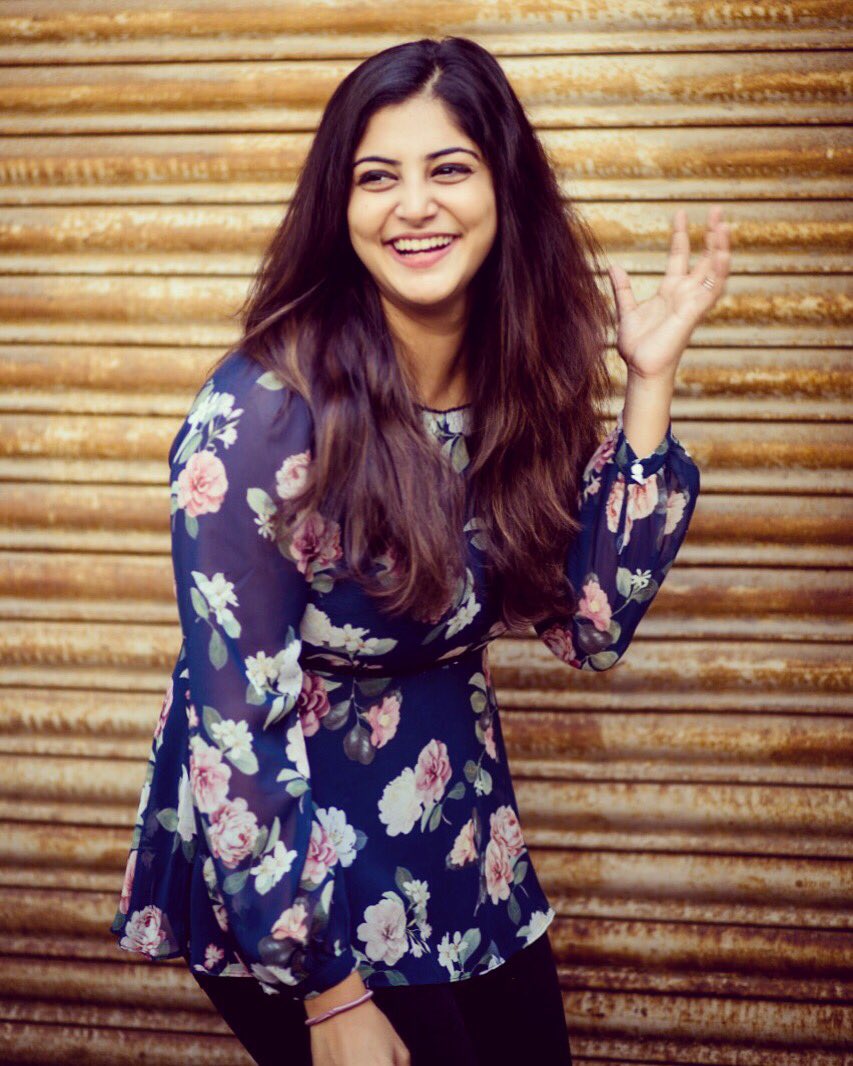 After taking a break from acting to focus on her studies, she made a comeback in the 2015 film Oru Vadakkan Selfie, starting to play lead roles.

Upon Oru Vadakkan Selfie’s release, Manjima landed her first Tamil film, Achcham Enbadhu Madamaiyada. Its director Gautham Menon, who was impressed with her work in Oru Vadakkan Selfie, cast Manjima as the female lead, after she had gone through an audition.

The actress who is very much active on social media would surprise her fans by uploading her gorgeous pictures. Her latest picture in which she is seen sitting like a glam doll, smiling, facing to her right side is receiving so many love reactions from her fans.

She captioned the post as “Black is my happy colour”  as it is a Black and white picture. Check out the picture here :

Black is my happy colour 🖤 pic.twitter.com/bCGd59kt0C

On seeing this picture actress Sunaina, who is known fro films like “Kadhalil Vizhunthen”, “Maasilamani” seemed to be impressed very much. She expressed her admiration by writing “You are so pretty, manjima. I was scrolling through my timeline and I just stopped and stared for 10 seconds at your picture.” You are so pretty, manjima. I was scrolling through my timeline and I just stopped and stared for 10 seconds at your picture. 💕🤗

Sunainaa’s start to fame was by starring in Kadhalil Vizhunthen which was her first Tamil début and She also did a guest appearance in  Shivaji movie, Those scenes were eliminated on screening. She also did Maasilamani in Tamil cinema and continued with a performance oriented films where she secured her first Filmfare nomination for Neerparavai. After that she appeared in films like Samar, Vanmam and she gave a guest appearance opposite to Vijay in Theri and in the Viu original vampire series Nila Nila Odi Vaa. 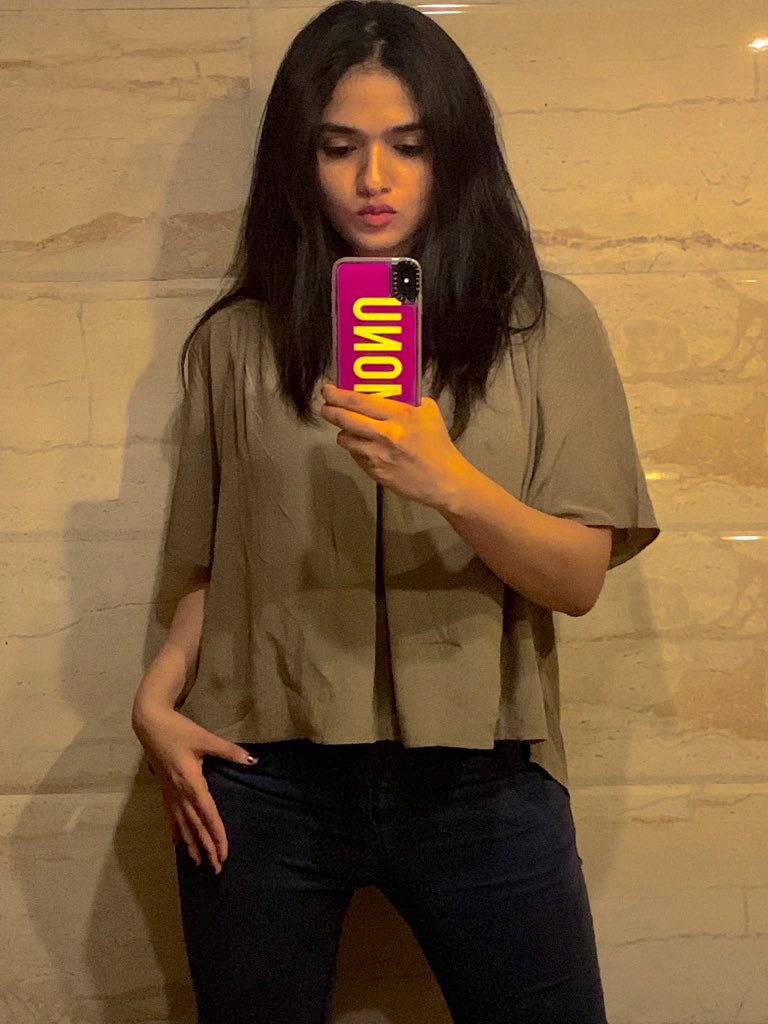 As a sign of gratitude, Manjima termed Sunaina as “Beautiful” in her Thanks reply.

Thank you so much beautiful😘 so sweet of you ❤️ @TheSunainaa https://t.co/1RMorVlOzv

Check out the reactions, their conversation received :

No one is prettier than u… Such a cute face @TheSunainaa 😍😍😍

If black is your happy colour, then you should be liking me Manjima 🤣🤣✌🏾

Sunaina u are not at all seeing our messages!!! Your fans are always trying to communicate with u but unfortunately u are not available!!!! Make some time to chat with us Please!!!!

Manjima’s next release in Tamil is “Devarattam”  which has Gautham Karthick as lead hero where as Sunaina doing the female lead in a film named “Eriyum Kannadi” which has Nakhil as male lead.

What do you think on their Conversation comment below !

Previous article57 Year Old Police Officer Arrested For His Obscene Gesture Towards School Girl !! SHOCKING !!
Next articleIgnore The Rumours, The Production House Itself Announced The Box Office Collection Of 2.0 !! Its Really Huge !!

Tharshan Tried To Stop Fight Between His Fan Girls !!

Tharshan is one of the most loved male contestant during the Bigg Boss show, failed to win the title as got evicted from the...

While the participating contestants of BIGG BOSS 4 have been almost confirmed, reports suggested that they have been quarantined before going to the Bigg...

The torture of the youngest wife of Ballygunge’s Sen family was on for several years for demand for dowry. After not being able to...