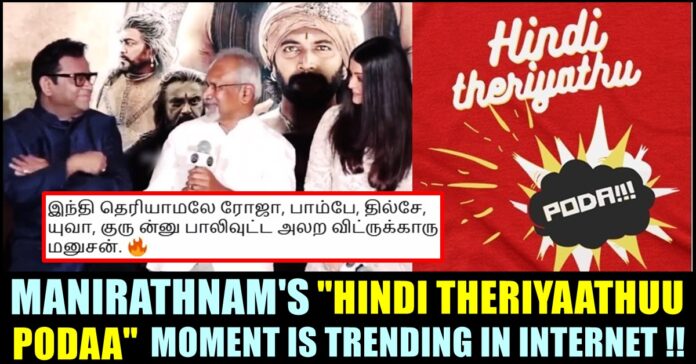 Ace Director Manirathnam’s “Hindi Theriyathu Poda” moment from a stage of “Ponniyin Selvan” promotional event in Hindi region is trending in the social media platforms. In the video, Manirathnam, after being asked a long question by a journalist in Hindi language, after a brief pause, could seen asking Aishwarya Rai “What did he say?” 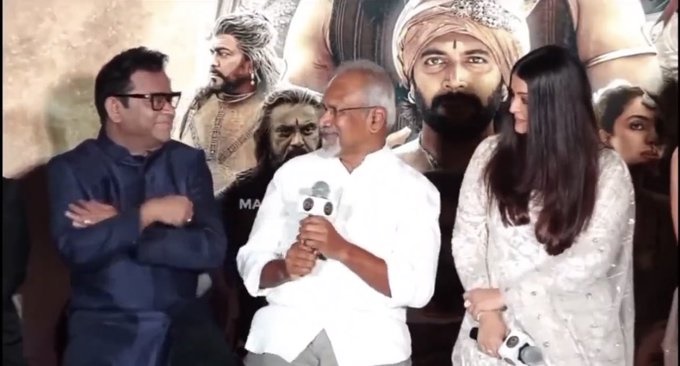 The video is trending along with a trivia revealed by Ulaganaayagan Kamal Haasan in the 100th day function of “Vikram” movie. The actor said that Manirathnam studied in Bombay (now Mumbai) but refused to learn the language and the actor even said that Mani could be the earliest to say “Hindi Theriyathu Poda”. The video is going viral among the users of online platforms with various kind of reactions from the users of online platforms.

It all started a couple of years ago when actor Sirish who is known for acting in a film named as “Metro” posted a picture with music director Yuvan Shankar Raja by wearing a “Hindi Theryathu Podaa” (Don’t know Hindi, get lost) t-shirt. Yuvan who is considered as “youth icon” wore a T-shirt that said “Tamizh Pesum Indian” (Tamil speaking Indian). 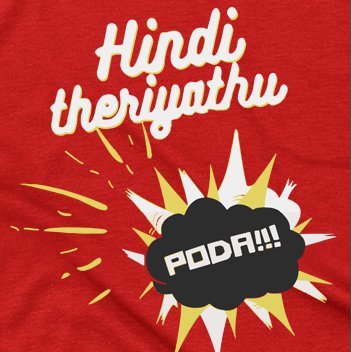 Though it is a work related post of the emerging actor, the caption in his T-shirt attracted wide number of online users. They who oppose Hindi imposition in Tamil nadu, started celebrating the post of the duo. These simple reactions elevated to a next level as soon as the hashtag “Hindi Theriyathu Poda” started trending at top in Twitter. Celebrities including political personalities posted pictures in their respective social media accounts by wearing the T-shirt to express their protest against Hindi imposition in state Tamilnadu. 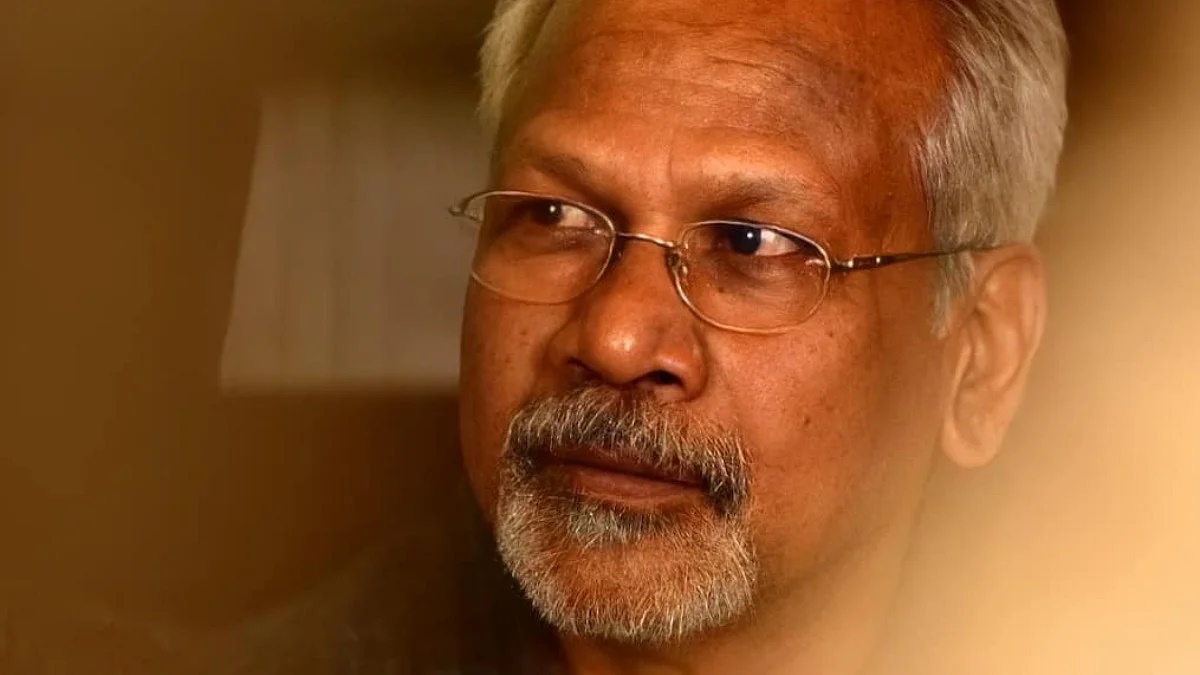 Days later, while promoting his film “Ponniyin Selvan” in north region, a journalist asked a long question to him in Hindi. After a brief gap, the filmmaker asked Aishwarya rai “what did he say?” and the made the entire hall erupt in laughter.

Here’s how internet reacted to the video :

Previous article“Shameful, Unacceptable Behaviour” – Nivin Pauly After His Co-Star Slapped A Man !!
Next articleVijay Sethupathi Got Upset After Students Shouted For “Thala” During His Speech !

RCB Fan Gets A Cheeky Reply From Jimmy Neesham !! Says He Is Interested In SRH !!

The IPL edition for the year 2020 is already grabbing the headlines as teams have released number of players from its franchise. Team Royal...