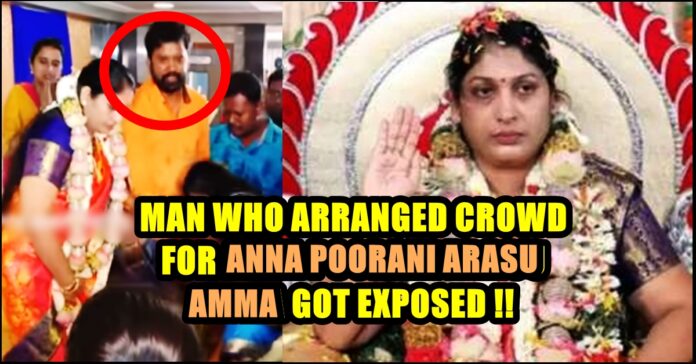 Man behind the Anna poorani Arasu Amma who has been making all the arrangements to portray “Annapoorani” as a Godwoman has been exposed. Named as Rohit, the individual made the crowd gather for the event of Annapoorani that took place at Chengalpattu district on 19th of December, according to reports. He also pretended to be shedding tears due to the “power” of Annapoorani and fell on her feet in order to make people believe that Annapoorani is someone who has “super powers”. He also got himself involved in capturing the videos of people falling in the feet of Annapoorani for publicity.

Hindu organisations such as “Bharat munnani”, “Hindu Makkal Katchi” condemned the act of Anna poorani and released press notes seeking legal action against her. For the past couple of days, a number of videos of people worshipping a woman named “Annapoorani” who is dressed like a goddess are trending in the online platforms. It has been reported that the woman claims herself to be “Goddess Amman” and the posters of a program she scheduled for new year is going viral in online platforms as well. One of the posters dubbed the woman as a reincarnation of goddess “Aathi Parasakthi” who is ruling the world.

The videos show enormous number of women and men crying at “Annapoorani” to get blessings from her and many could be seen conducting “Pooja” for the woman by washing her feet. However, Netizens found out that the self-proclaimed god-woman is the one who took part in Lakshmy Ramakrishnan’s “Solvathellam Unmai” show. In the show, the alleged “Annapoorani” wanted a married man to divorce his wife with whom he was living for 12 long years in order to lead a life with him. 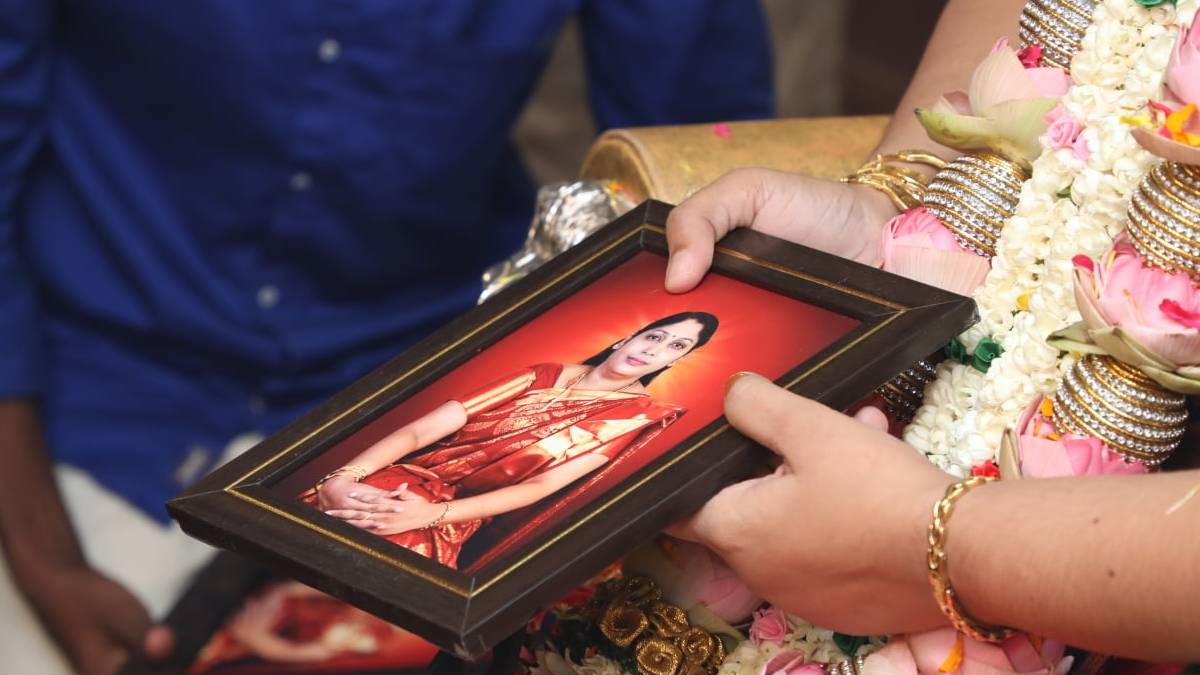 When media exposed Annapoorani and her fake claims, she appeared in commissioner office to complain that fake allegations are being made against her. Answering to the press reporters who were gathered at the commissioner office, Anna poorani completely denied the allegations that are being made against her. She claimed that people who follow her and “feel” her know what she is about. “”People who just see me through videos wouldn’t know about me”  she said.

She who identified herself as “Aathi Parasakthi” and “Goddess” by framing photos of her and providing it as a “Prasadham”, completely denied it in front of media. Watch the video below :

In a recent interview, when an interviewer insisted Annapoorani to tell about her personal life, the viral lady could be seen shouting at him and breathing heavily. “Can’t you hear me saying that I am functioning as a power ?? You people are thinking me as an ordinary woman, right ?” Annapoorani shouts and continues saying that he is not understanding her completely.

Previous articleVideo Of “Pudhupettai” Kind Of Marriage Went Viral !! Here’s The Truth About It
Next article“This Is Not Singara Chennai But “Sink” -Aagura Chennai” – Actress Trolled & Advised Politicians

Team Chennai Super Kings climbed to the top of the table after registering a comfortable victory against Royal Challengers Bangalore. Ravindra Jadeja's all round...