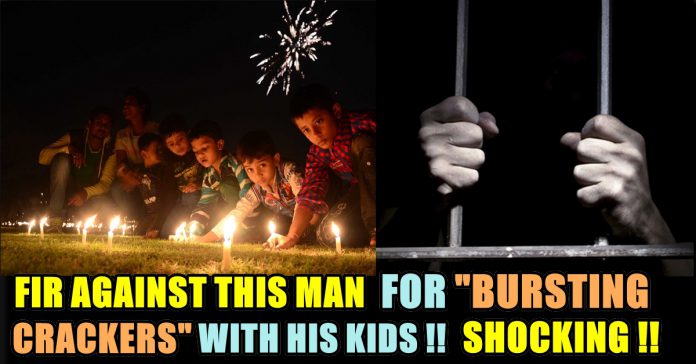 Man Arrested & FIR Filed Against Him For “Bursting Crackers” !! SHOCKER !!

Following a ban on the usage of firecrackers by the Supreme Court of India, a man in Delhi’s Ghazipur area was booked by the police reportedly after his children were caught bursting firecrackers on November 1. An FIR has been registered against the man who is likely to pay a heavy fine or spend six months in prison.

Reports suggest that the man’s neighbours objected to his children bursting firecrackers on the day of the incident. However, the children did not pay heed to the neighbour’s warnings which led to them reporting the matter to the police who arrived soon after and took the boy’s father into custody. It is believed that the arrest was made to send out a message to residents deterring from buying and bursting firecrackers. 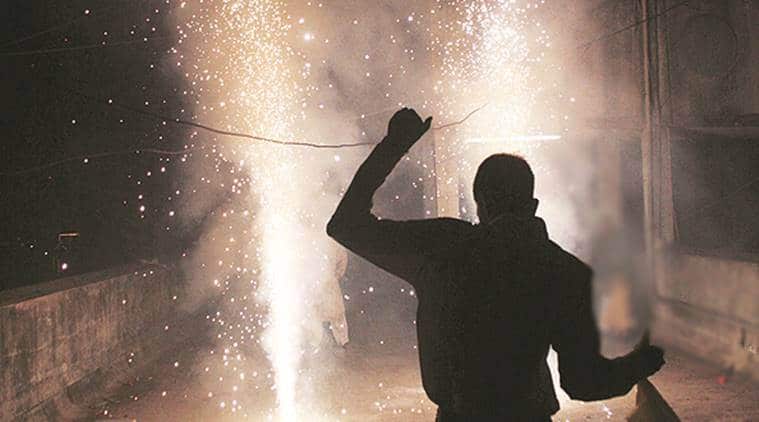 Last week, the Supreme Court issued a mandate directing all residents of the national capital region to burst firecrackers only between 8pm-10pm on Diwali day keeping in mind Delhi’s present air condition. With reports suggesting that weather conditions may lead to worse air quality over the next week or so, both the central and the Delhi government are leaving no stone unturned in ensuring that the pollution level in NCR is controlled.

Measures such as the Graded Response Action Plan (GRAP) have been put into effect across the national capital region to control the concentration of PM 2.5 and PM 10, the major pollutants affecting the health of Delhi’s citizens. A recent report by the World Health Organisation (WHO) has asserted that over 16,000 children, under the age of five, died in India in 2016 due to causes related to air pollution.

However the Complainant Deen Bandhu told police that Damadeep’s children were bursting crackers outside his house, and later their father joined them. A case under IPC section 188 was registered at Ghazipur police station. 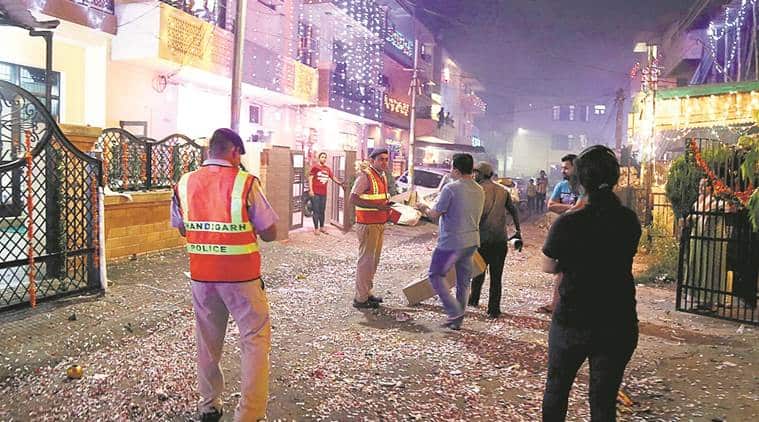 FSL officials told The Indian Express this will be the first case of them having to examine firecrackers, and there is “no set standard to ascertain whether a cracker is ‘green’, as there is lack of clarity on the definition, and composition of permitted chemicals”.

“If Delhi Police gives us evidence, it will be sent to the chemistry division, which will study the residue. But before that, we will have to set a standard on what constitutes a ‘green cracker’ and the chemicals present in it,” said an FSL official. 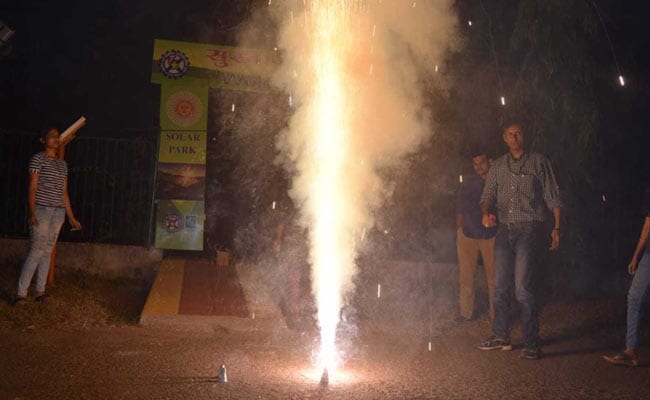 The FSL currently examines explosives at its chemistry division, and an explosives unit will be constituted in the coming months with a dedicated explosives examination team, the official said.

In the judgment delivered by a bench headed by Justice AK Sikri, the apex court had said, “There have been many efforts for production of firecrackers that do not contain harmful chemicals, which are termed ‘green crackers’, and the Union of India was asked to delve on the subject.”

The Union Ministry of Environment, Forest and Climate Change (MoEFCC) was also asked to come with concrete suggestions and short-term measures that can be adopted to tackle pollution which arises due to firecrackers. The MoEFCC, in its affidavit filed on August 21, had proposed use of reduced emission firecrackers as well as ‘green crackers’. The MoEFCC also proposed that the Petroleum and Explosives Safety Organisation ensure that only fireworks with permitted chemicals are sold, and check for the presence of banned chemicals such as lithium, arsenic, antimony, lead and mercury”. The Ministry also suggested banning “barium salts in fireworks”.

The districts that are located in the western part of state Tamil nadu are called as "Kongu Naadu". It is being called that way...