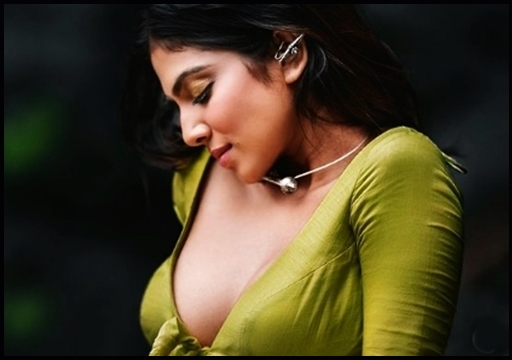 Actress Malavika Mohanan who is busy signing movies with some of the leading actors of South Indian film industries, never missed to engage her online followers by uploading pictures from her photoshoots. The actress enjoys a separate fan base of the pictures she uploads in her twitter and Instagram handles.

A fan of actor Dhanush who is eagerly waiting for the update of his idol’s upcoming film “Maaran”, vented his emotions out in the post of Malavika as she plays the female lead in the film. He asked the actress to give some update about “Maaran” film instead of uploading her pictures in a harsh manner and the actress’s sportive reply won the hearts of not only her fans, but the users of the micro blogging social media site. 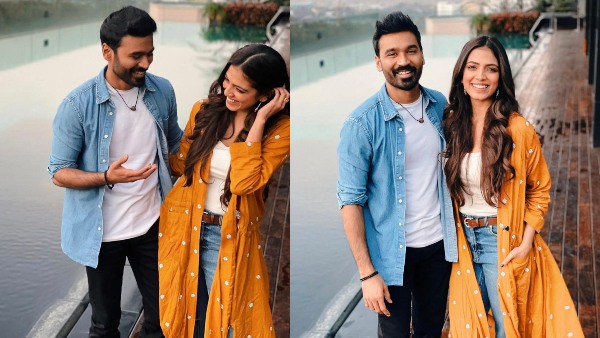 Malavika Mohanan, one of the most active Tamil heroines in social media platforms, is interacting with her followers who are commenting on her post every now and then. Apart from the attention she is receiving for her elegant pictures in Instagram, her witty replies to trolls and responsible replies to requests of fans gained her more fan following.

The actress who debuted through Rajinikanth’s “Petta”, enjoys 29 lakh plus followers in Instagram and 7 lakh plus followers in Twitter. Known for the attractive make over and unique attires she wears in her photoshoot sessions, Malavika, came up with a post on her social media handles which showed herself slaying in Lehenga. Adding a couple of pictures, Malavika wrote “This the wedding season” as her caption.

This the wedding season 💕 pic.twitter.com/dBNXpMCgKE

Though the post of Malavika garnered 25 k favourites and various kind of reactions, a fan of actor Dhanush was not in a mood to laud the actress for the way she presents herself. He who was eagerly waiting to get an update for Dhanush’s upcoming film “Maaran”, dropped a comment in the actress’s post writing “Aii chaii #Maaran Update Sollu” as she plays an important part in the Karthik Naren directorial.

Reacting to the comment, Malavika who didn’t lose her cool, said “Somebody give me also Maaran update pleaseee” in a sportive way by adding a laughing emoji.

Somebody give me also Maaran update pleaseee 😅

This reply from Malavika garnered wide reception from the twitter users. Many admired the actress’s humble nature and the fan himself came up with a reply saying “Sry Darlo!❤ #Maaran Update varala So Konjam Tension atha maththapadi cute darlo ne”

Check out some of the reactions Malavika’s reply received :

She such a sport though 🥰😍❤ https://t.co/Ez5NwIrBiG

Sorry For That Reply🙂
He was annoyed that Maaran Movie did not get the update for a long time🚶🚶#Maaran ||#Naanevaruven||@dhanushkraja https://t.co/NVR16TfkAw

Previous article“I Want To Know Every Inch Of Your Body” – Tamil Speaking Director To Actress Surveen Chawla
Next articleThamarai Got Thrashed For Commenting On The “Appearance” Of Her Co-contestant !! WATCH VIDEO