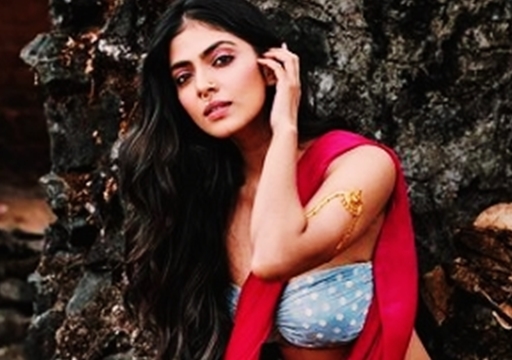 Emerging actress Malavika Mohanan’s reply to a random automatic bot in Instagram cracked up her followers. No matter what post you upload in Instagram nowadays, if you have a large amount of followers, a sum of bots would flood you comment section with “tempting” comments with seductive emojis. Most of the handle owners would ignore such comments and some would put efforts to delete them one by one. Actress Malavika Mohanan went one step ahead and dropped a reply to one of the bots and left her followers in splits.

Actress Malavika Mohanan who is busy signing movies with some of the leading actors of South Indian film industries, never missed to engage her followers through her online activities such as conducting chat session with them, uploading pictures/reels from her photoshoots etc. The actress enjoys a separate fan base of the pictures and reel videos she is uploading in her twitter and Instagram handles.

Being acted in the mega budget blockbuster film “Petta” as Sasi Kumar’s love interest, Malavika grabbed a special place among Tamilnadu youngsters only after committed to do the female lead in Vijay’s “Master”. The actress appeared in the film as a college professor named “Charu latha” in the film. She was last seen alongside Dhanush in his upcoming film “Maaran” as well.

In a very short span after debuting as an actress, Malavika is enjoying 3.2 million followers in Instagram and 8 lakh plus followers in Twitter. On Thursday, Malavika came up with a series of post of herself working out after a long time.

Check out her stories and posts below : 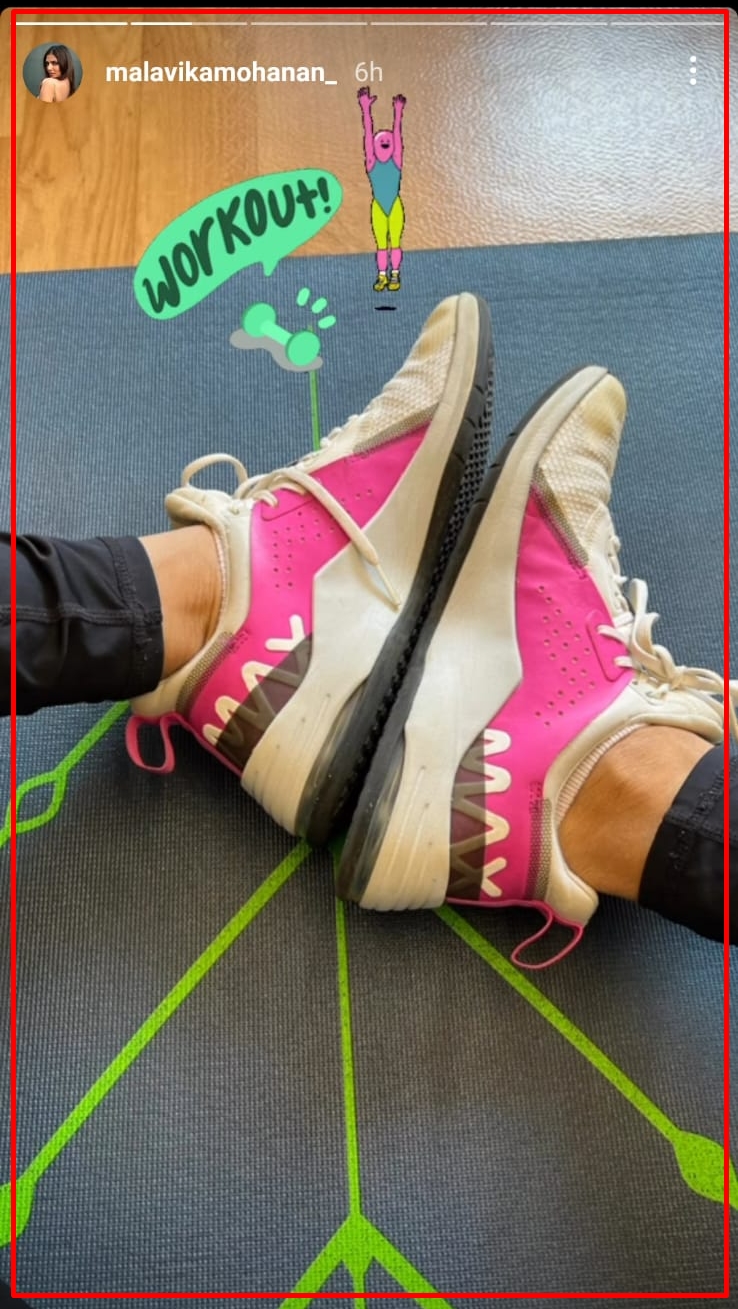 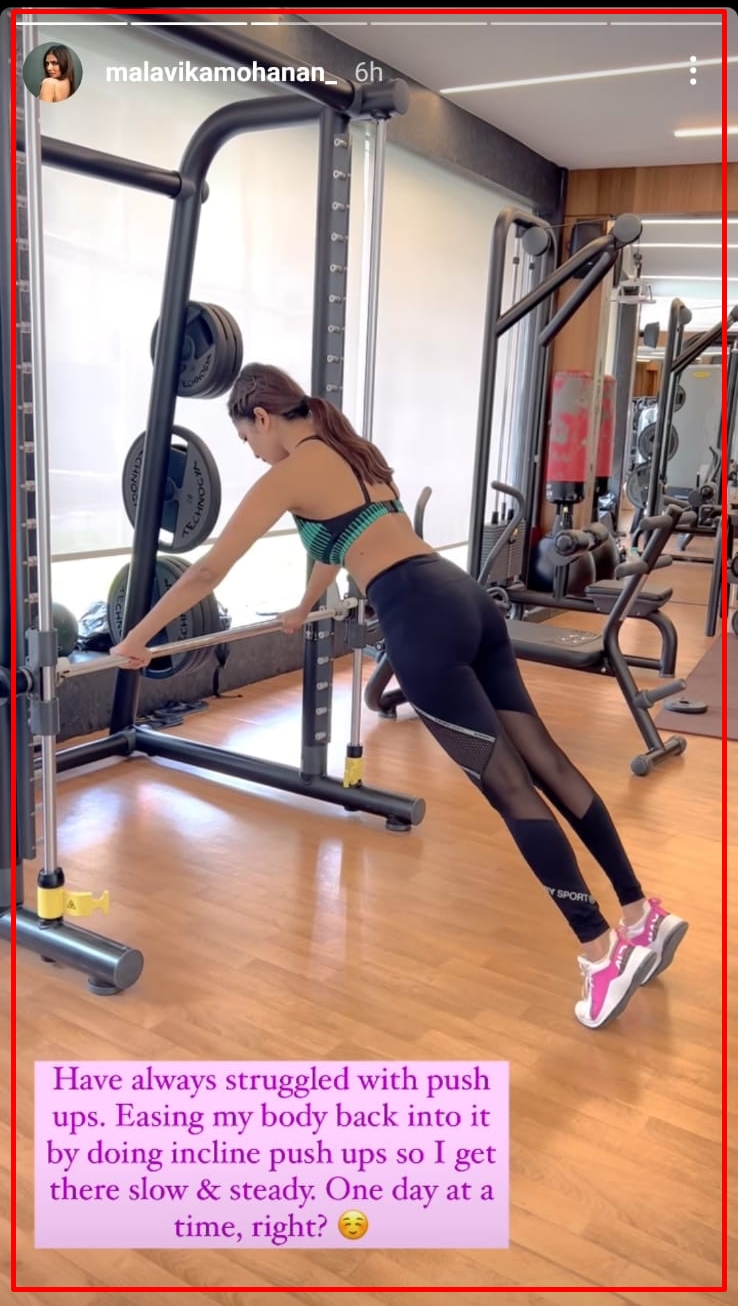 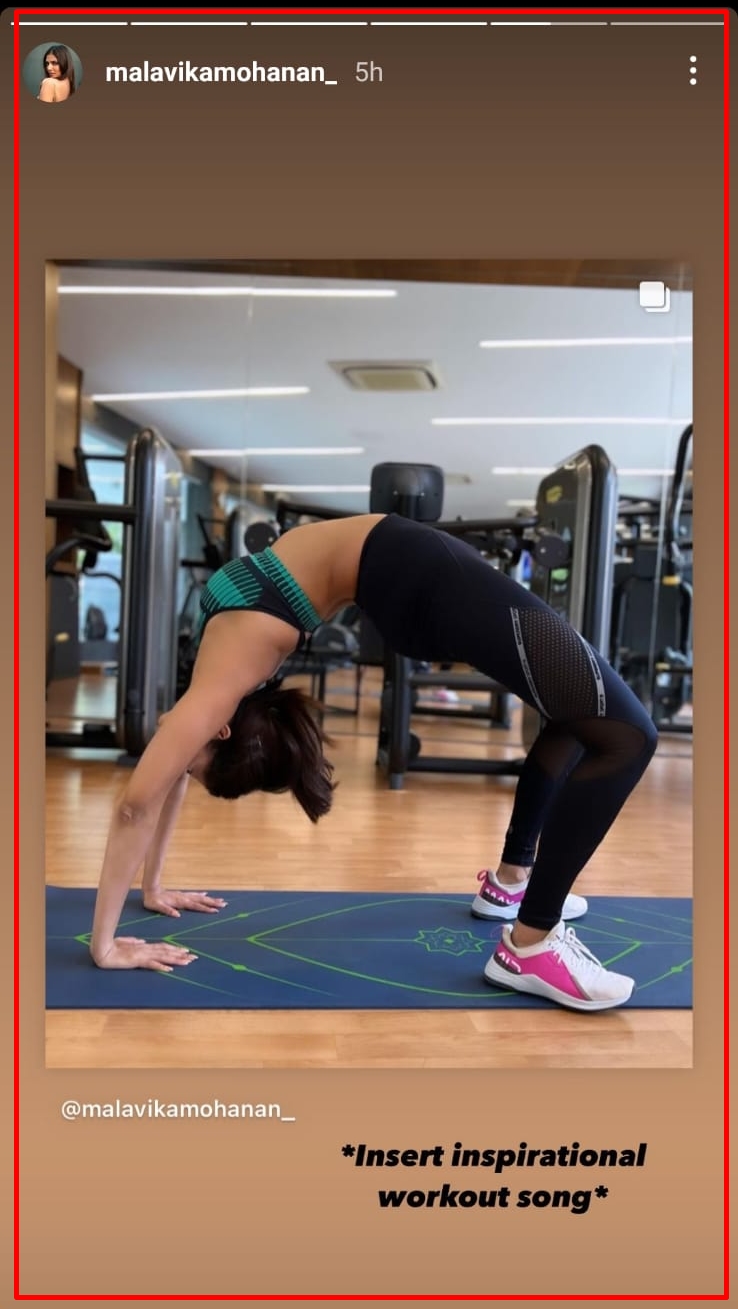 On seeing her last post in which she added a series of pictures of herself laying on the floor and wrote “The final stretch and plonk wherever I am” as her caption.

To that post, a follower complimented the actress writing “Sweating our hearts away. I can burn fats just by looking at your pics” as his comment and surprisingly got his reply from the actress. “These are the kind of compliments every girl deserves in life” Malavika replied back.

Here’s the screenshot of his comment and Malavika’a reply : 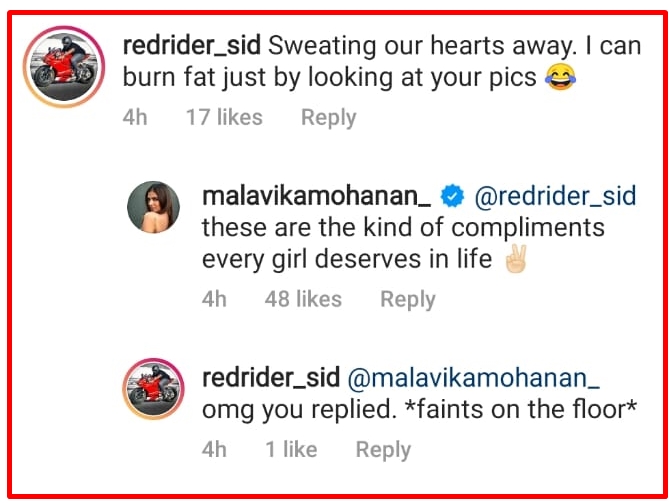 She also replied to some other compliments that she received from her fans but what came in as a surprise is the reply comment the actress dropped for a bot account. Named as “Trust me one time”, the fake account said “I need a boyfriend” as it’s comment to which Malavika replied “Me Too” without a second thought.

This reply from the 28 year old actress cracked up most of her followers and many got excited after knowing that she is still single. Check out some of their reply comments below : 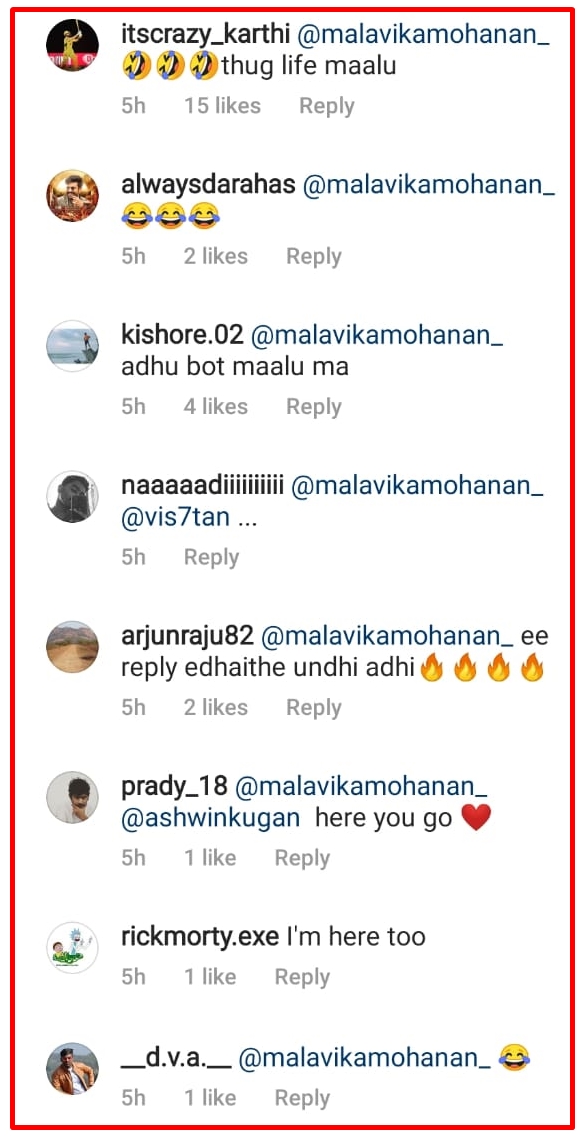 Previous articleWATCH : Robin Uthappa Opened About How Mumbai Indians Treated Him After 1st Season!!
Next articleSashi Tharoor Replied To The Memes & Trolls That Surfaced Teasing Him & Supriya Sule!!

The most anticipated Saturday's episode streamed yesterday and as usual Kamal Hasan excelled in his own way throughout the show with his observation throughout...