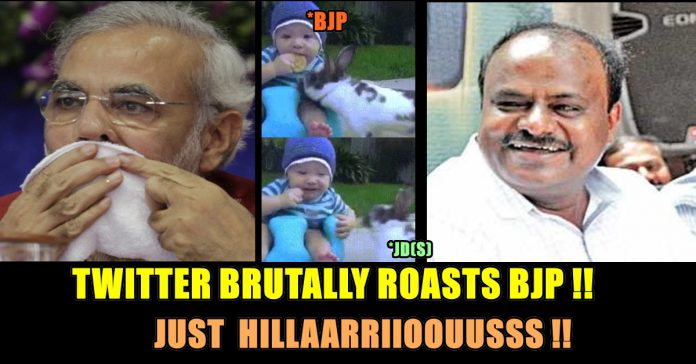 In a stunning twist to the Karnataka election, the Janata Dal Secular (JDS) today said it will form government with Congress support, after the BJP fell short of an outright majority. The Congress quickly arrived at an understanding with former prime minister Deve Gowda’ regional party and agreed that his son HD Kumaraswamy will be the Chief Minister of a coalition government and that the Congress will get to name a Dalit leader as his deputy. The BJP, not giving up, has sent its own leaders to Bengaluru to reach out to the JDS. After a meeting with BJP chief Amit Shah, ministers Prakash Javadekar, JP Nadda and Dharmendra Pradhan rushed to Karnataka. What happens next depends entirely on the governor of the state, Vajubhai Vala, who was appointed by the centre four years ago. 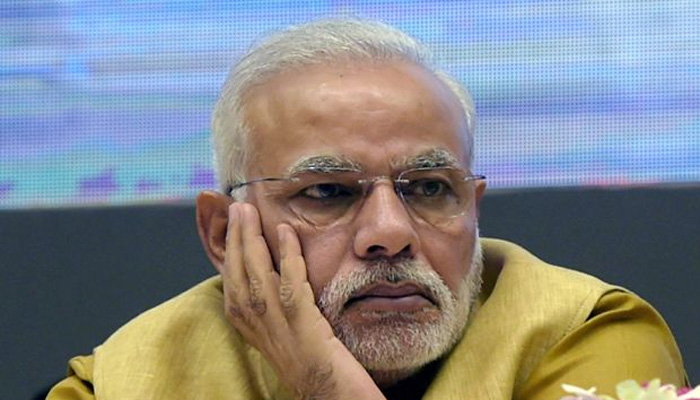 At this situation Twitter brutally roasts BJP their inability to rule the state Karnataka !!

Here’s someof the best among them . .

In this #KarnatakaElections2018 hashtag you can see hand emoji…

Actual emoji for others – ☝

SO this #KarnatakaVerdict goes like this:
“BJP won the elections, Cong+JDS to form the government”

#KarnatakaVerdict Verdict is clear… South is not for BJP…..

Time & again it’s proven that the guy who scores 35 % is happier than who scores distinction !!

Lol it’s been a dramatic 36 hours. #RCB won 😂, and then there’s the drama unfolding in #KarnatakaVerdict and now #IREvPAK where Irish pacers are sucking the life out of Pak.