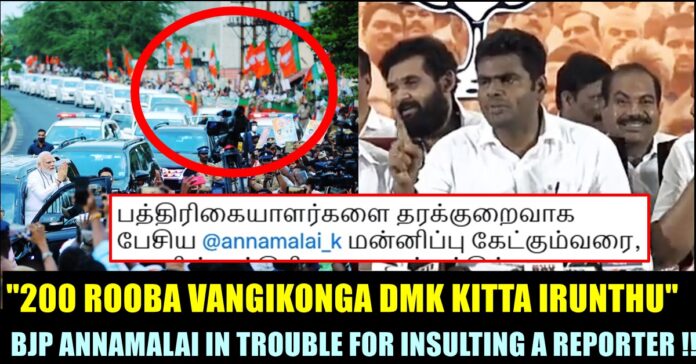 After Tamilnadu BJP leader Annamalai involved in an aggressive verbal spat with a reporter in a press meet, the Centre for Journalism for change, has demanded a public apologize to the press reporters from him. While answering to a question of a reporter, Annamalai branded him as a DMK supporter and said that he will be settled Rs. 2000 by the DMK party. 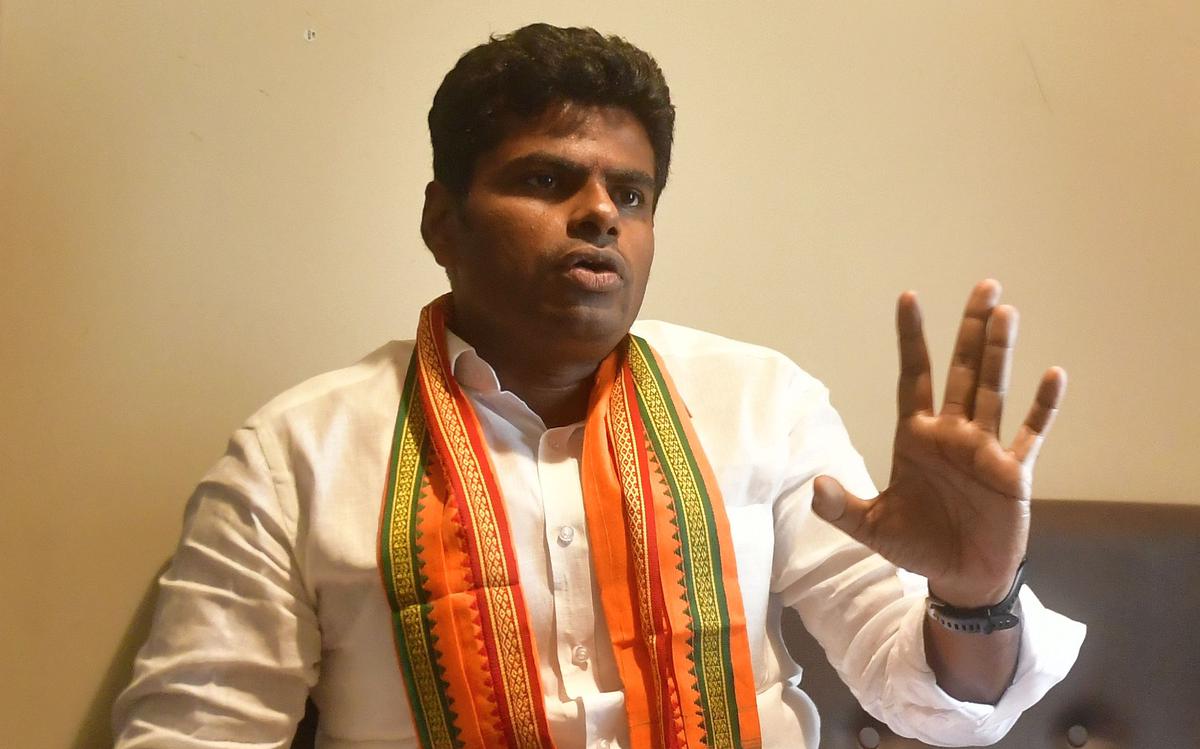 Annamalai met the press reporters at the BJP headquarters located in Chennai. One of the reporters questioned Annamalai about the banners that were placed to welcome Prime Minister Narendra Modi who visited Tamil nadu to inaugurate few projects.

Answering to him, Annamalai said that the banners were placed with the permission of Police and the press reporter countered saying that there he has evidence  to prove for the banners were mounted illegally. Instead of letting him explain further, Annamalai stopped him and said that he will get Rs. 200 from DMK party for defaming BJP. He kept arguing with the press reporter and said that he will be guaranteed Rs. 2000.

Many condemnations started surfacing in the internet platforms against Annamalai for insulting a reporter by pinning him with a separate political party. The centre for journalism for change uploaded a tweet tagging top political parties and asked them to boycott Annamalai and his interviews till he regrets for his mistake by asking apology to the reporters.

Replying to the tweet, BJP leader Annamalai said that the organization is free to ignore him but asked them to do some “soul searching” before accusing him. “Dear CMPC,  We have genuine respect & love for press. A coin has two sides & respect has to be given & taken.If you want to boycott me, you are free to do it🙏 Before that, request you to do some soul searching & ask yourself are you maintaining your dharma & ethics in reporting?” read his tweet.

We have genuine respect & love for press. A coin has two sides & respect has to be given & taken

If you want to boycott me, you are free to do it🙏

Before that,request you to do some soul searching & ask yourself are you maintaining your dharma & ethics in reporting? https://t.co/FOkZESFDcq

Replying to him, CMPC came up with a long note saying that the question of the reporter was a valuable one as it concerns about the lives of people in Tamil Nadu and reiterated that Annamalai insulted him instead of answering to his question responsibly. 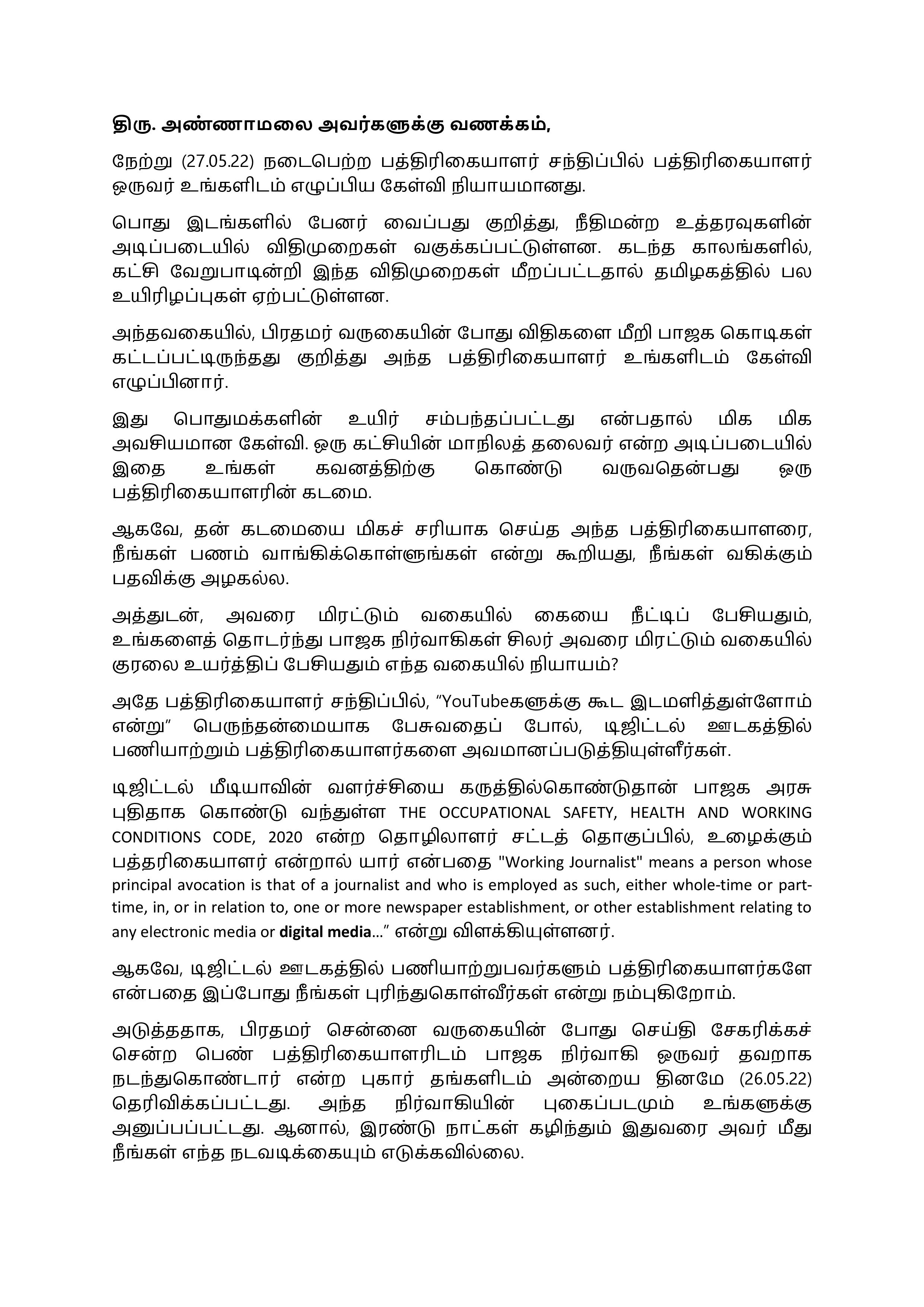 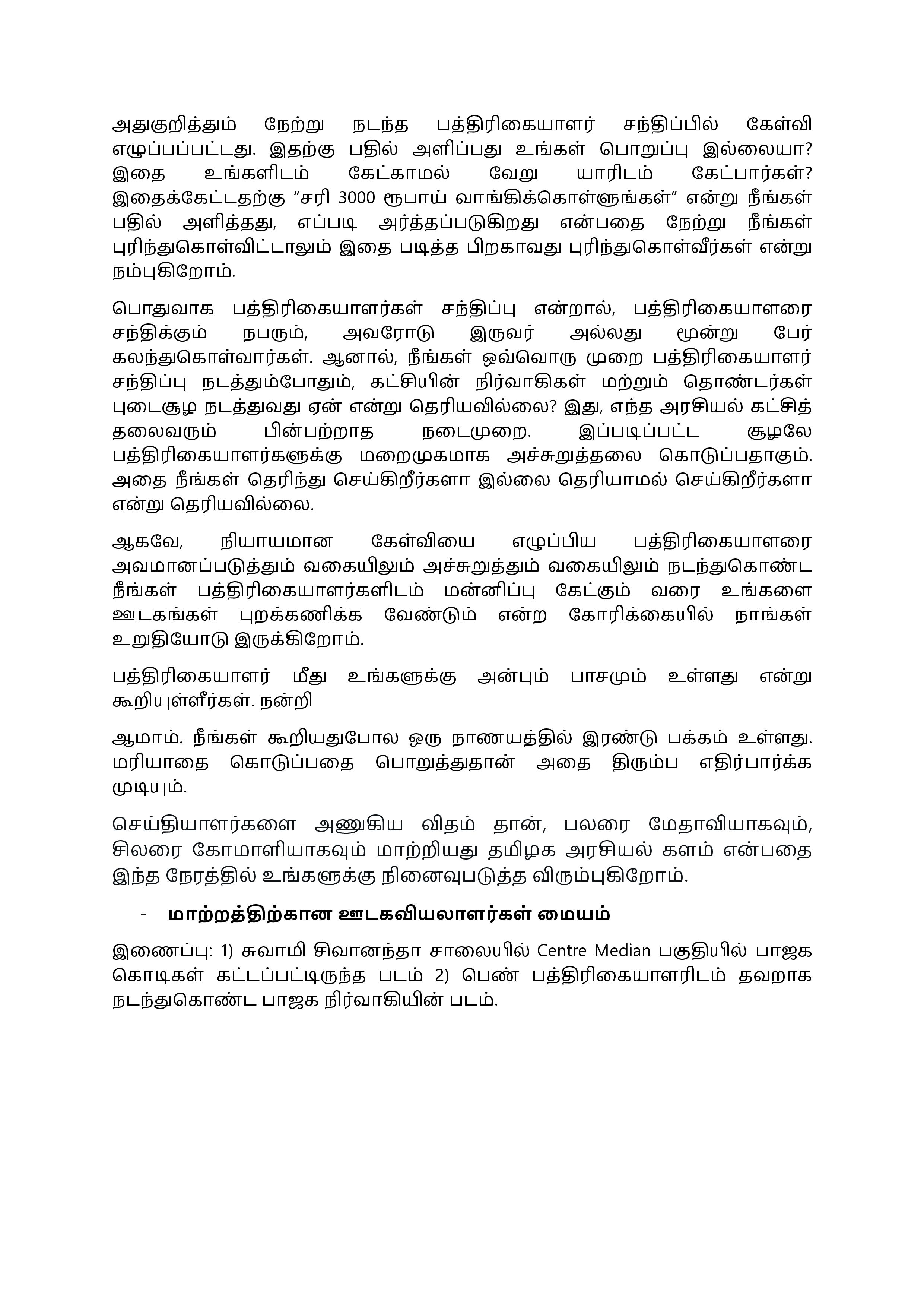 CMPC also pointed out that the way Annamalai appearing with his party members and reporters for every of his press meet looks strange and no politician has followed such method in the history of Politics. “That itself looks threatening” said CMPC in their post. CMPC also questioned why BJP administration hasn’t taken action against a party member who misbehaved with a female journalist and questioned about the way Annamalai demeaned YouTube journalists during his press meet.

A video that shows actress Dharsha Gupta crying in front of camera asking what harm she caused to "him" to be projected ny him...

For criticizing the batting innings of Hanuma Vihari, a twitter user named Babul Supriyo got brutally trolled not only by Vihari but also by...