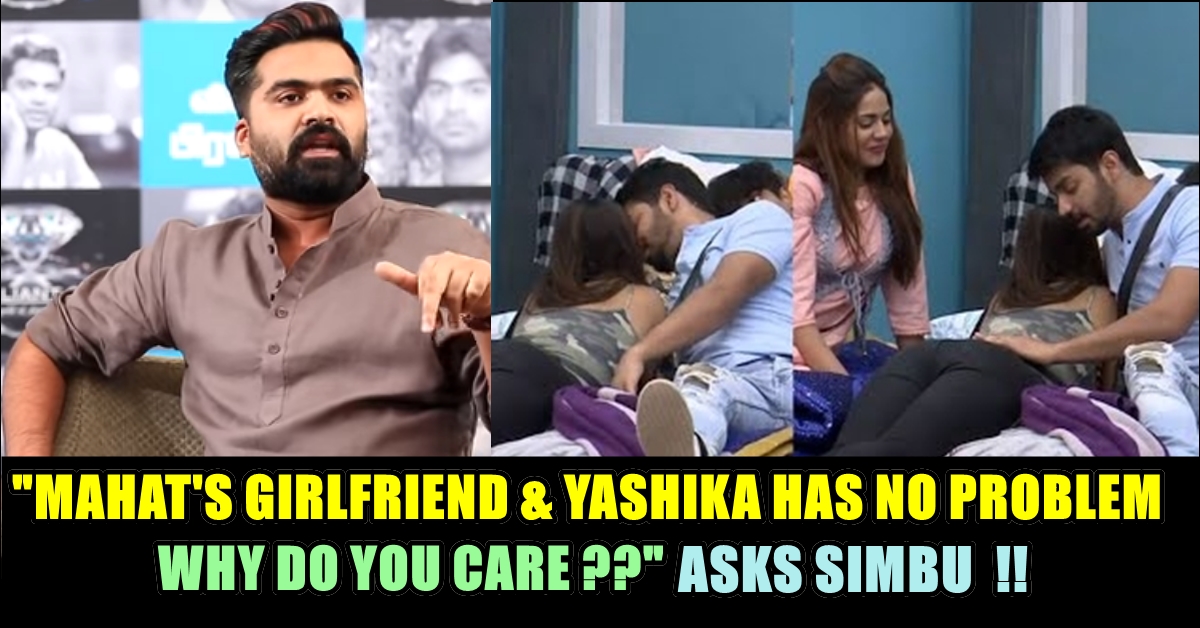 He also talked about most for his behaviours which are similar to Simbu, the controversial actor of Kollywood. Mahat, a dearest friend of Simbu from childhood mentioning Simbu’s name in the show right from the first episode. His body language and the way he speaks are absolutely similar with Simbu’s said Comedy Actor Soori who visited the Bigg Boss house for “Kadaikutty Singam” Movie promotion. Now in a recent press meet of Cinema Vikatan, Simbu himself was asked about Mahat’s behaviour inside the Bigg Boss house. For that he replied “Problem is he is being too open. Everyone says that he has a girlfriend and hanging around with another girl. If you do that with some other girl, your girl friend will give you a tight slap. His girl not giving a slap and the other girl doesn’t have any problem. Why do you care about that” he answered.

What do you think on Mahat’s statement comment below !!

Murali Vijay Got Out On Duck In A Shocking Delivery !! Harbhajan Asks Sachin How To Play That !!
2nd Standard Studying Girl Child Raped By An Electrician Inside School !! SHOCKING !!