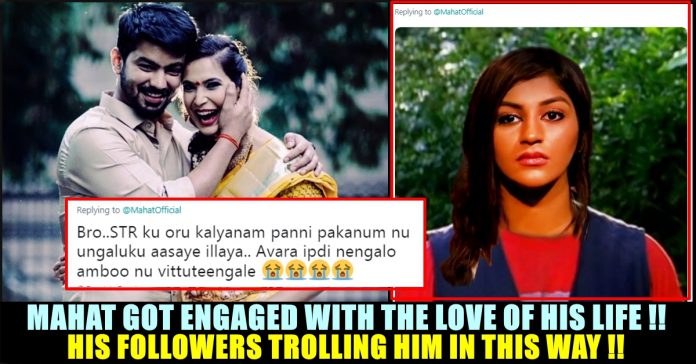 Mahat Raghavendra, who played a pivotal role in Ajith’s Mankatha, rose to fame with his stint in Bigg Boss Tamil Season 2, hosted by Kamal Haasan. The actor is currently busy with a couple of projects in Kollywood.

Mahat who got engaged to his longtime girlfriend Prachi Mishra took it to his social media handle and shared a photo of the two dressed up in the traditional attire.

On April 17, Mahat got engaged to his longtime girlfriend Prachi Mishra in a low-key event, which was attended by family and close friends. Sharing a candid photo from the engagement, the actor wrote, “#Engaged” It is said that the couple is yet to decide on their wedding date. 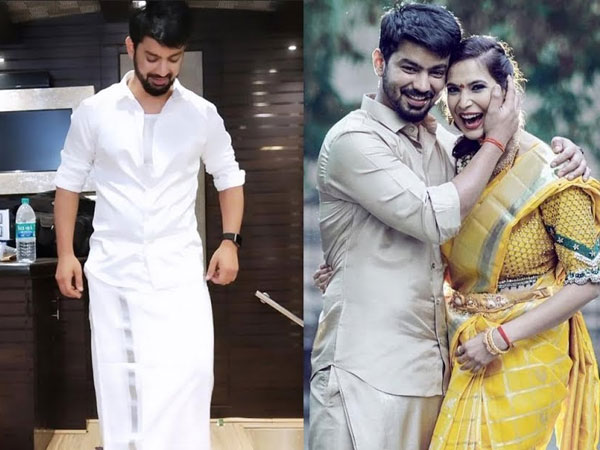 Mahat while being inside the Bigg Boss house, it is rumoured that the “Jilla” actor is having an affair with Yashika Anand who is known for films like “Iruttu Arayil Murattu Kutthu” and “Duruvangal 16”. Mahat faced severe criticism in social media for having a relationship with Yashika, despite having a girlfriend. Now in his post, his followers started to comment Yashika’s picture to troll Mahat. They also trolled by talking about his relationship with Yashika inside Bigg Boss house. To avoid such comments the actor disabled the comment section of his Instagram post.

All the best da machan pic.twitter.com/tjRNk1Yxgm

He cheated her with Yashika ! How can she accept him ???

However Mahat & Yashika are doing a film together where the actress playing the role of his love interest. The film, a horror thriller, will be directed by cousins Magesh and Venkatesh, who go by the name Magven. ​The untitled film, which will be a Tamil-Kannada bilingual shot in Chennai and Bengaluru, will also star Munishkanth and Ma Ka Pa Anandh.

Meanwhile many of his friends including Harish Kalyan wished him the best :

“What Is The Need Of 17 Cars ??” Actress Questioned After Ambulance Made To Wait !!

On Monday, along with other vehicles, an ambulance was briefly stopped in Kumbakonam of Tamil nadu in order to allow a convoy of a...