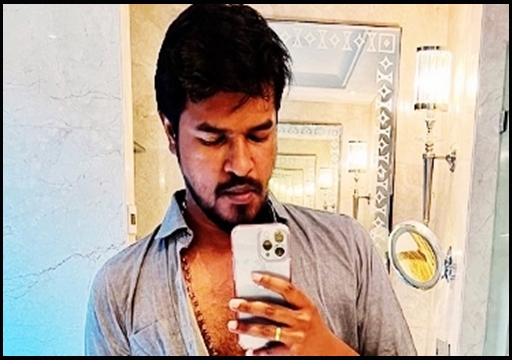 Popular youtuber Madan Gowri replied to a follower who asked him to help others as he got financially improved through his YouTube channel. Replying to him, Madan who recently got award from “Blacksheep awards” for “Best informative YouTube channel”, said that he is not interested in letting his followers know about the help he is doing to others as people would criticize him for that too.

Madan Gowri, a popular Tamil vlogger who is very much known for his infotainment focused videos in Youtube, enjoys more than 60 lakh subscribers for his channel. Apart from Youtube, he is also interactive with his followers in other social media platforms such as Instagram and Twitter etc.

It is common for an icon like Madan Gowri to receive personal criticisms from random users of social media regarding various things as he covers topics from all over the world in daily manner. So far Madan Gowri uploaded 1000 plus videos in his youtube channel and receives at least 1 million views per video.

He who enjoys 1.8 million plus followers in Instagram, recently uploaded a picture of himself using a vintage telephone and referred to a famous comedy dialogue of Vadivelu. “Hello Brother Mark Irukara” read the caption of Madan for his post which was uploaded two days ago.

The post garnered 1 lakh plus likes and various kind of comments from his followers. A follower asked the youtuber to help the poor and needy as he got improved in his life financially. “Bro panakaarana aaiteenga konjam illadhavangaluku help pannalame” read the comment of the user handle name of whom said “hari crew”

Replying to the comment, Madan said that he don’t want to get criticized by public for flaunting about the helps he is doing to poor and needy. He also said that Karma will do him good only if he do good things to others.

“Help panratha sonna en soli kamikura nu kepinga.. Chill brother, everyone has their Karma. If I do good, good will come. If I do nothing, nothing will come to me” read the reply of the young youtuber who recently got married to his longtime girlfriend with whom he got broke up earlier.

Check out the screen shot of his comment below : 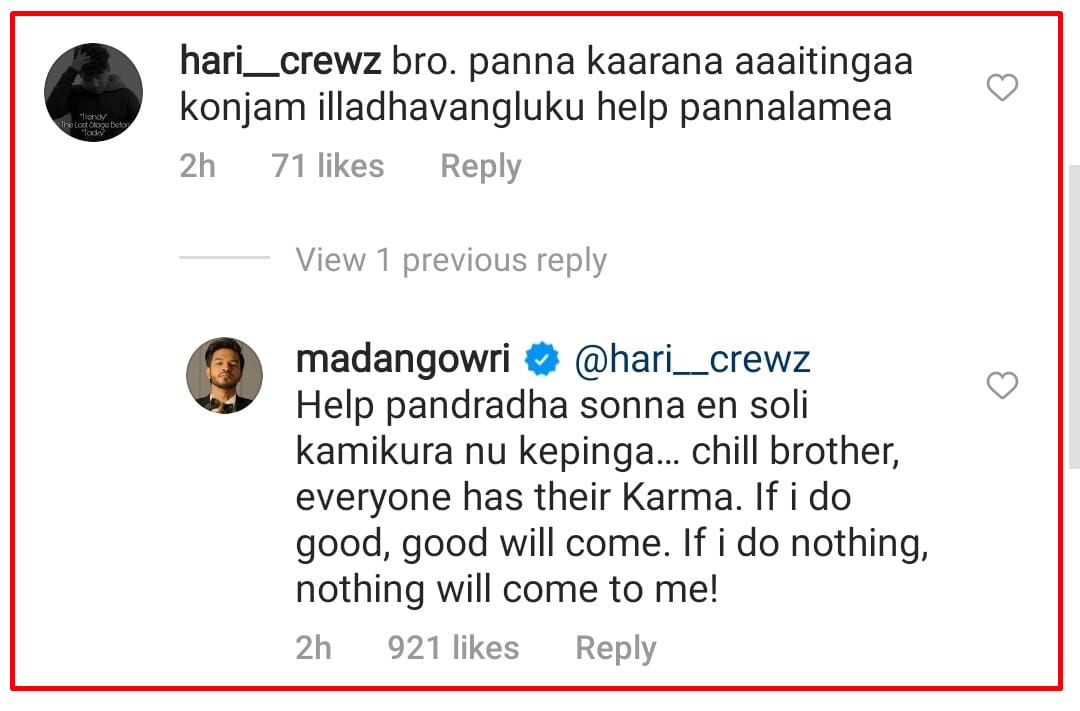 Sarvs Sagaa of "Plip Plip" youtube channel released an explanation video for the reactions that surfaced against his "Vikram" roast video that he made...

Oviyaa is the new Taapsee in town it seems. Her fitting replies to her own fans irrespective of their lovely demands, winning hearts of...