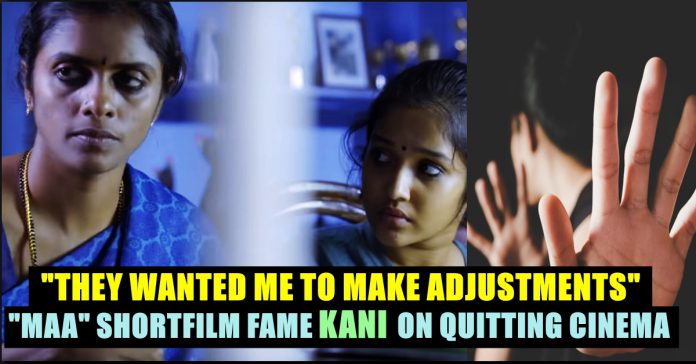 Many actresses like Kani are increasingly coming out to reveal the darker side of film industries across the world.

From singer Chinmayi Sripada to writer Leena Manimekalai, many celebrities have made serious allegations against industry stalwarts like lyricist Vairamuthi and director Susi Ganesan.

Malayalam actress Kani Kusruti has acted in notable films like Cocktail and Shikkar. She has also played brief roles in Tamil films Pisaasu and Burma. However, she became a popular face among Tamil audience after her lead role in the short film Maa, directed by Sarjun KM who has directed Nayanthara in the film “Airaa”.

The actress has now made serious claims against the Malayalam film industry. According to an entertainment website, Kani quit acting for a while due to sexual demands made by filmmakers. 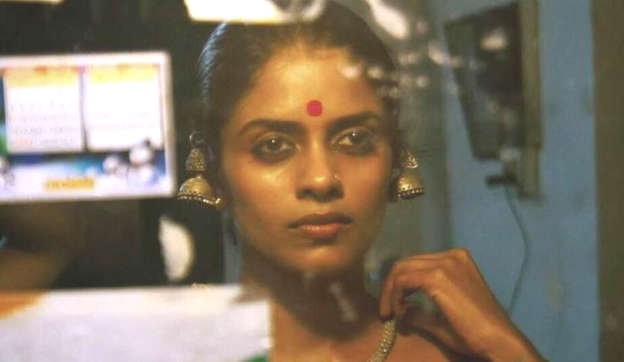 Shockingly, Kani has claimed that filmmakers even approached her mom to convince her to give in to their demands. Kani chose to go back to theatre, but she couldn’t earn enough in that industry to make a living.

“I always wanted to be an artiste in the cinema industry. But once I came in, I realised that I wouldn’t be able to make it. There were lots of adjustments needed to be done and lot of restrictions were imposed for being a female actor. I found it hard to survive hence decided to drop the idea of becoming actress,” she said.

“Many even came to my mom telling that her daughter should make adjustments if she has to part of the project,” she added.

Although Kani chose to go back to theatre, she couldn’t earn enough in that industry to make a living. However, Kani is hopeful about the Malayalam film industry after the #MeToo Movement and initiations like Women in Cinema Collective. Women in Cinema Collective (WCC) is an organisation, which was established in 2017 for the welfare of working women in Malayalam film industry.

Kani was born in Trivandrum, Kerala, to social activist and rationalist parents Jayasree AK and Maitreya Maitreyan. Her parents had dropped their last names to erase the social hierarchy marker that comes with last names in India. At 15, she invented her last name “Kusruti” (meaning “mischievous” in Malayalam) to fill in a requirement in her class 10th exam application.

She did a role of wife to a angry husband in Mysskin’s Pisasu and also did a role in Burma. Her role in the shortfilm “Maa” where she did a role of a mother garnered widespread acclaim from the Tamil audience.

Prime Minister Narendra Modi on Friday announced a dozen measures for small and medium enterprises, including loans of up to Rs 1crore in 59...

This is the generation of filmmakers who comes from short film background. Lokesh Kanagaraj, one of the most happening filmmaker of Kollywood right now...