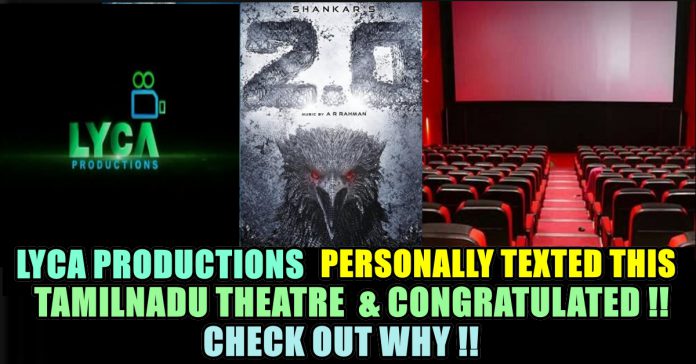 After starting its box office run on a slow note, Rajinikanth and Akshay Kumar’s 2.0 is breaking records by each passing day. After becoming the highest grosser of the year at the worldwide box office and going past Rs 600 crore mark, the Rajinikanth starrer has now become the third highest grossing film of all time at India box office, inflation unadjusted.

Taking into account the business of all the three versions, 2.0 has beaten Aamir Khan’s biggest blockbuster Dangal in 13 days of its release. And now the movie is all set to go past Rs 400 crore mark. The two films ahead of 2.0 now are the two Baahubali films. While going past the total all India box office of Baahubali 2: The Conclusion is out of the picture, the next target for the Shankar directorial is to beat the domestic collections of Baahubali: The Beginning. 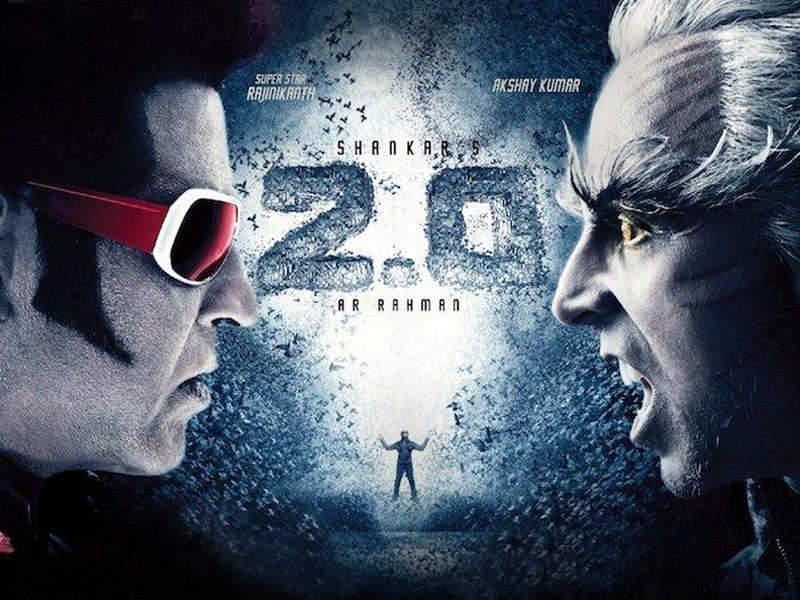 While Dangal made Rs 380 crore at the domestic box office, 2.0 has edged past it and is racing towards Rs 400 crore mark. The good news for the makers is that this week sees no notable film release which means a free run for 2.0, at least in Hindi markets. The only competition 2.0  might face is from the two Hollywood releases Aquaman and the animated Spider-Man: Into The Spider-Verse. Meanwhile Lyca Productions which made India’s most expensive movie has personally texted Ram muthuram Cinemas and congratulated for their movie’s excellent performance in their theatre. Ram Muthuram Cinemas, is a cinema theatre located in Tirunelveli posted a screenshot in their official twitter account. 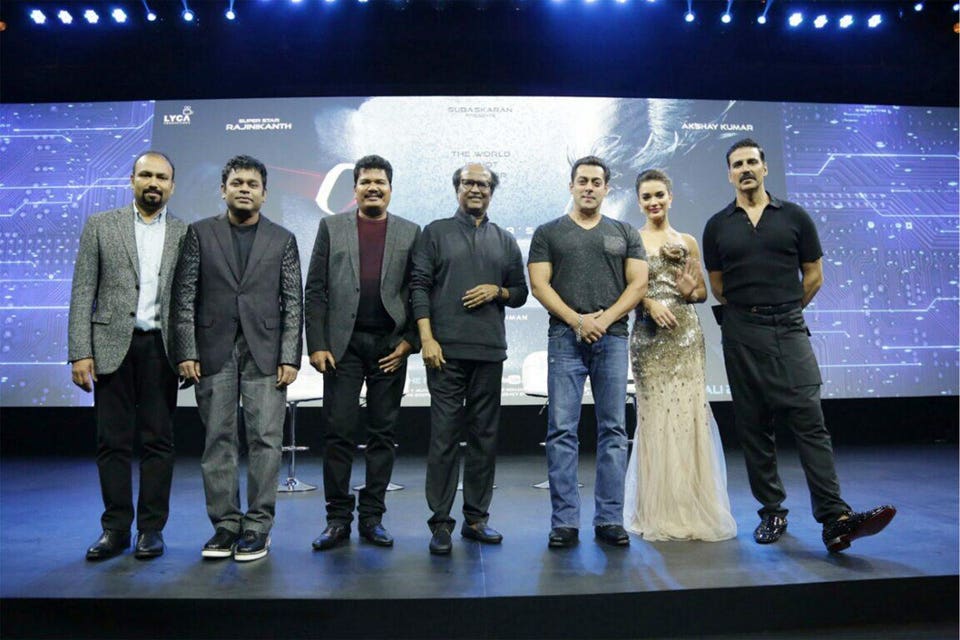 Ram muthuram cinemas wrote “We are one among the Top 20 Theatre Collection in TN
Thank you @LycaProductions !! Thank you Nellai Audience for the Support
Ipo Puriyutha Yaaru Real Super One-u Nu” 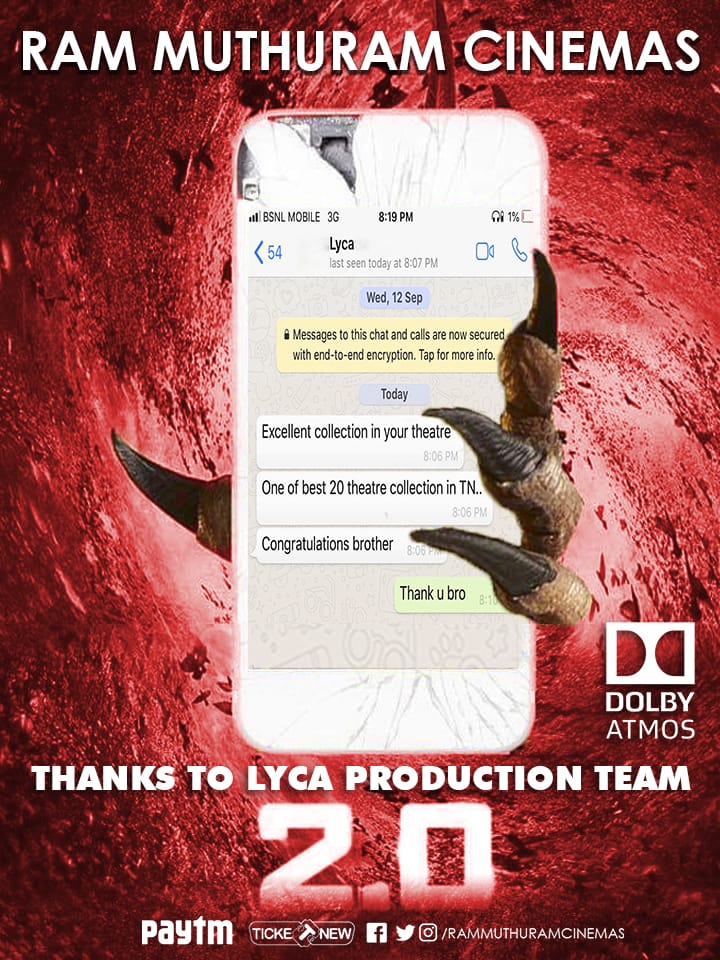 We are one among the Top 20 Theatre Collection in TN 😎 Thank you @LycaProductions !!
Thank you Nellai Audience for the Support ❤️
Ipo Puriyutha Yaaru Real Super One-u Nu 😎 pic.twitter.com/RoHKEdBNEH

Check out few reactions they received for the post : 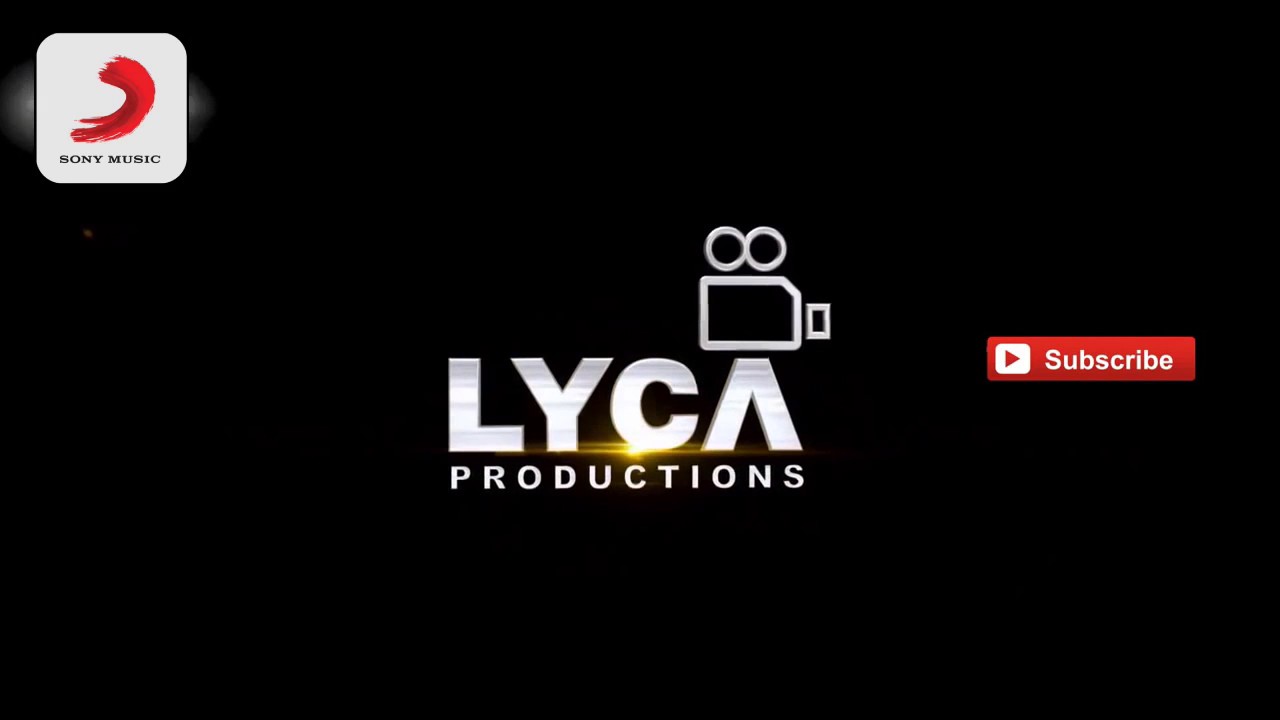 Lyca had even approached Hollywood star Arnold Schwarzenegger to be part of the film, but he reportedly declined. Made at a cost of $79 million, 2.0 is already off to a strong start at the box office, raking in $86 million in ticket sales in the first 12 days of its release. It also features Bollywood star Askhay Kumar and the music was composed by Oscar-award winning director A.R. Rahman.

Actress Kajal Pasupathi who is known for her appearance in films and TV shows, confronted director Mohan G in the micro blogging social media...