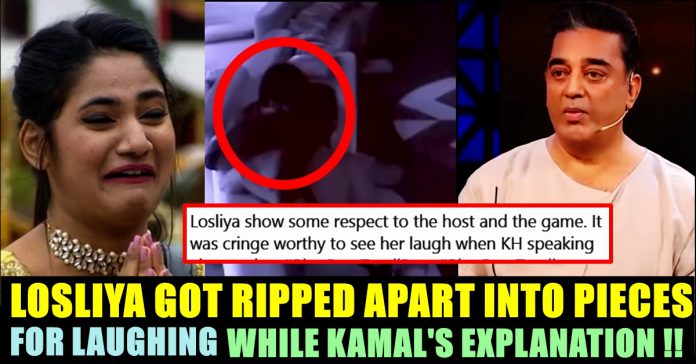 Unlike other weeks, Bigg Boss Tamil season 3 doesn’t had any controversy during the weekdays. But to our surprise, the Saturday night show saw a Kamal Haasan who pointed out things right at the face of the contestants. Starting from warning Sandy for making derogatory comments on Kasthuri by disrespecting the female cooks in government schools, Kamal Haasan does not spared any contestant. In a first of its kind incident in Bigg Boss Tamil show, Kamal Haasan displayed an “Explanation video” to make the contestants realize how punishable breaking the rules in Bigg Boss house is. The video which was captured in midnight, showed Kavin and Losliya removing battery from their respective Mic to make sure no one hears them. This happens to be one of the biggest foul play in Bigg Boss game show. 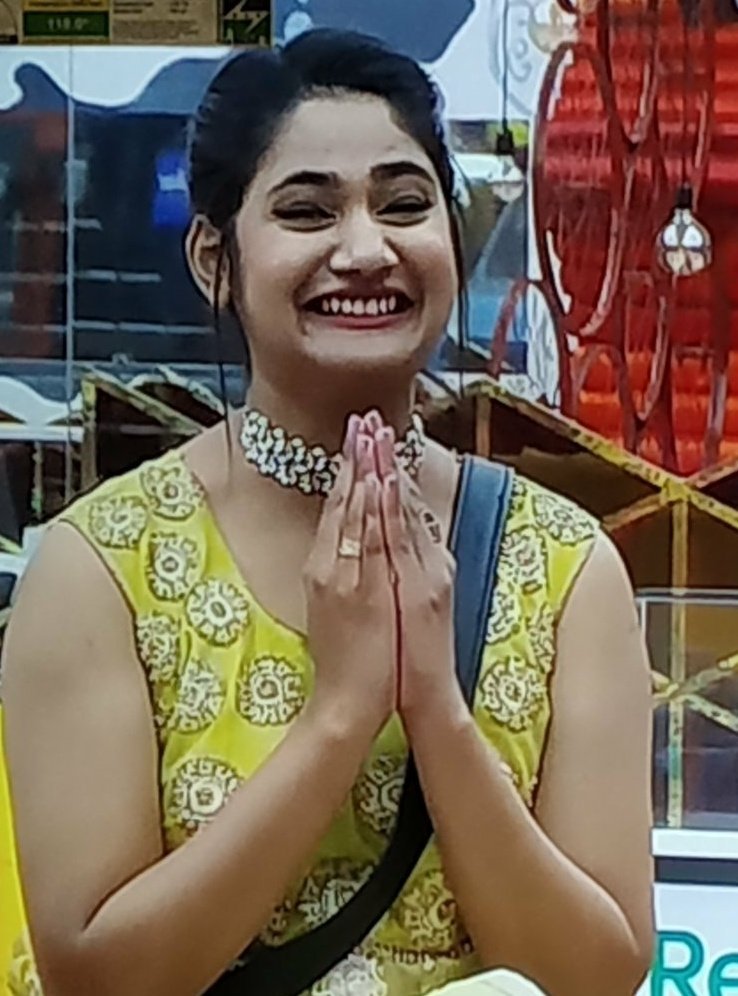 After playing the video, Kamal Haasan warned both of them not to repeat it and informed that they would have to face severe consequence if they repeat it. Losliya, in a way of responding to Kamal, laughed out loud and asked sorry to him. This irked the audience who are following the show. They said that her gesture is irrelevant at that situation where Kamal Haasan was issuing a severe warning. They started criticizing her in micro blogging social media site, Twitter. 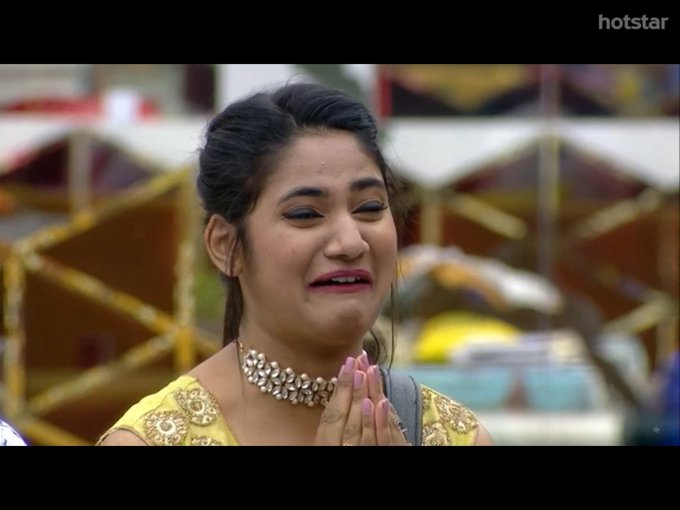 “Losliya show some respect to the host and the game. It was cringe worthy to see her laugh when KH speaking about rules.” wrote one of a follower of Bigg Boss. Check out some of their reactions here :

Losliya show some respect to the host and the game. It was cringe worthy to see her laugh when KH speaking about rules. #BiggBossTamil3 #BiggBossTamil

Even #kamal sir wasn’t impressed by your indecent laughing strategy #losliya it was Neither funny nor cute as you think! Absolutely disrespectful when he is addressing about breaking of rules ! #BiggBossTamil3 #Biggboss

TOTALLY IRRITATING WHEN BOTH #KAVIN AND #LOSLIYA ARE LAUGHING FOR THEIR MISTAKES.. pic.twitter.com/WDaUxuMQTF

Have you watched the episode ?? What do you think on their behaviour ?? Comment your views below !!

Fans of actor Rajinikanth and Vijay are actively involved in verbal spat in social media platforms over which star holding the record of collecting...