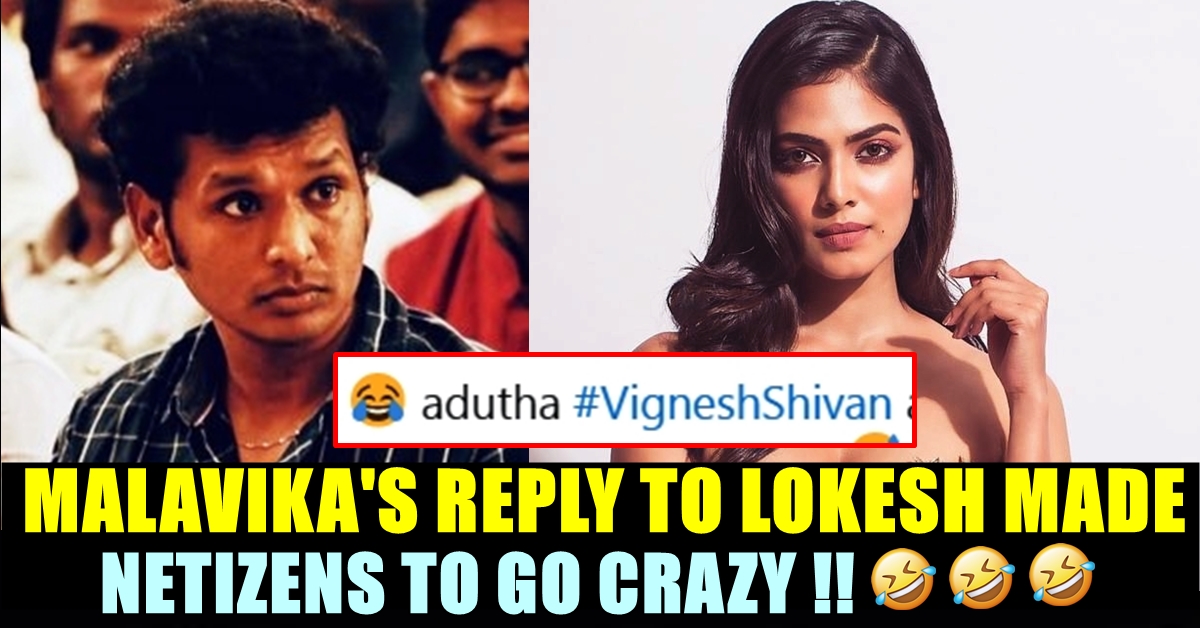 Lokesh Kanagaraj, one of the most happening filmmaker of Kollywood right now is also made short films before entering Kollywood. Having directed just two films so far, he impressed both audience and critics with the brilliance of his work. Being released with “Bigil” which is one of the highly anticipated film of the year, “Kaithi” ran successfully across the theatres in Tamilnadu and screens were increased due to the positive word of mouth.

The makers who are shooting for the film for past few months, released the first look of it, a couple of days back. As soon as getting released, the poster went extremely viral and was widely appreciated not only by fans, but also by many celebrities. From director Pa.Ranjith to Karthick Naren, many appreciated the first look and Lokesh thanked almost every one of them through his official twitter account.

Meanwhile actress Malavika Mohanan who is playing the female lead in “Master” also expressed her excitement on the release of the first look. She shared a tweet with an emoji, to which Lokesh replied by writing “Thanx mam!”

On seeing this reply from Lokesh, Malavika who is currently working with the filmmaker, got confused and replied back by asking “Mam huh?” with a laughing emoji.

Check out the reply for this from the filmmaker here :

However, this conversation from the duo raised the eyebrows of many followers and broke the heart of many fans of the actress. Check few of their reactions below :

What do you think on this conversation between the actor and director ?? Comment your views below !!