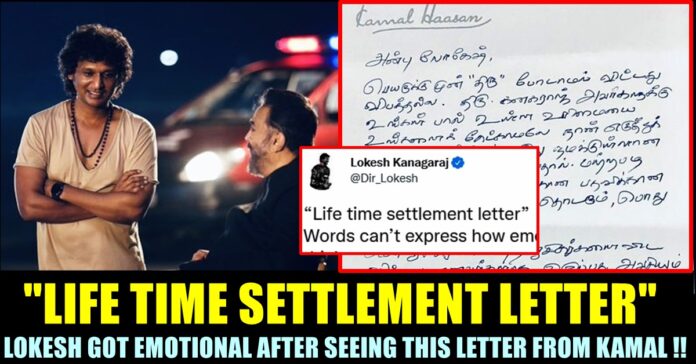 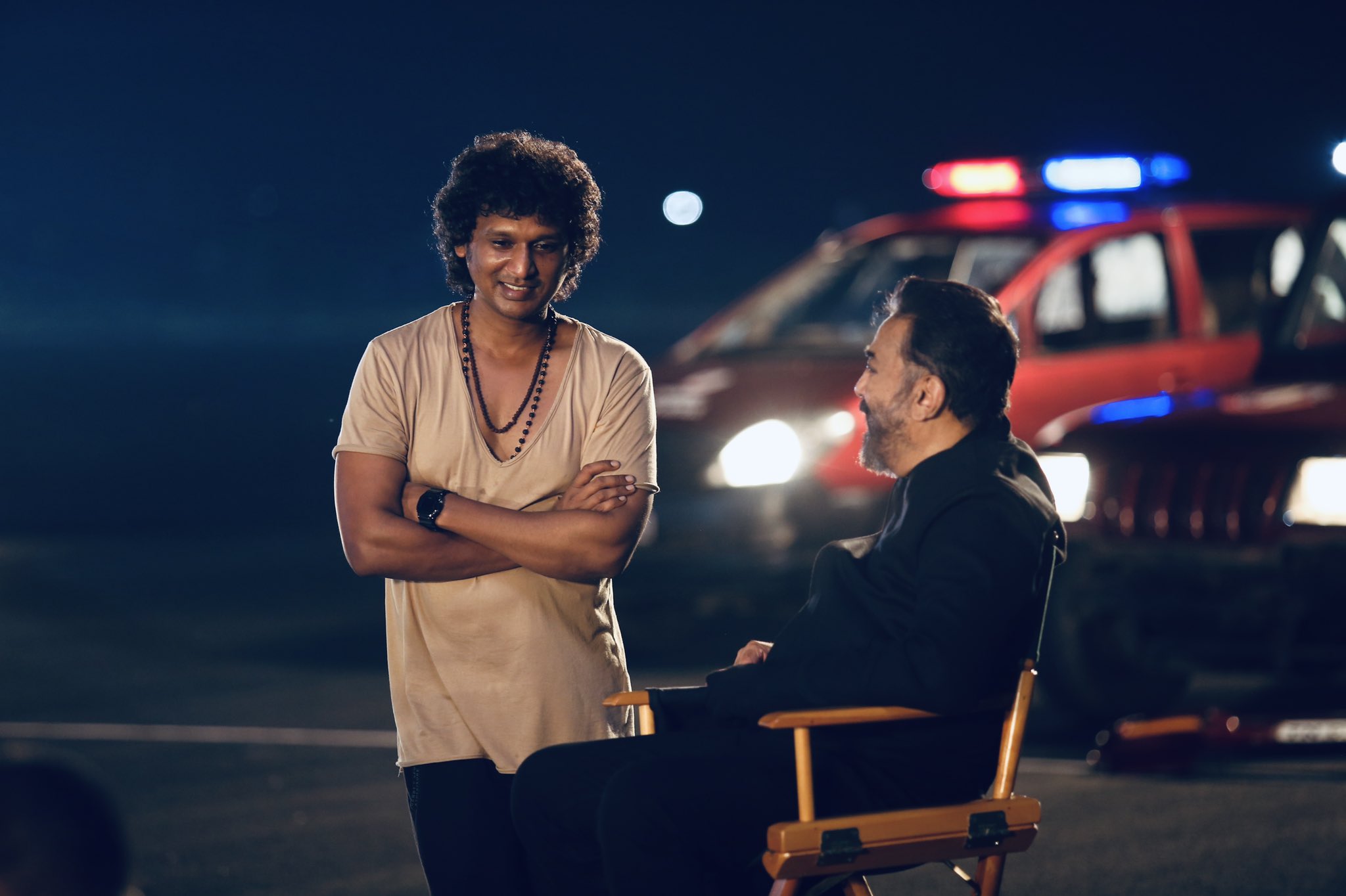 It is very well known that Lokesh kanagaraj is an ardent fan of actor Kamal haasan and has always liked to identify himself as one in public interviews and stages. The filmmaker said that his idol’s “Virumaandi” inspired him to design the character of Karthi in “Kaithi” and for “Master”, he took the reference from Kamal’s “Nammavar”. After making three blockbuster films, Lokesh Kanagaraj got the opportunity to direct Kamal Haasan himself under his own banner “Raaj kamal International”.

Now, post the release of “Vikram”, Lokesh received a letter from Kamal Haasan in which the latter said Lokesh is his son. “My Love Lokesh, I avoided “Mr” in front of your name intentionally. I took the rights Mr.Kanagaraj has on you without your permission as it is a personal letter for us. The respect you earned for your achievements will remain as ever” Kamal Haasan wrote in his letter to Lokesh. 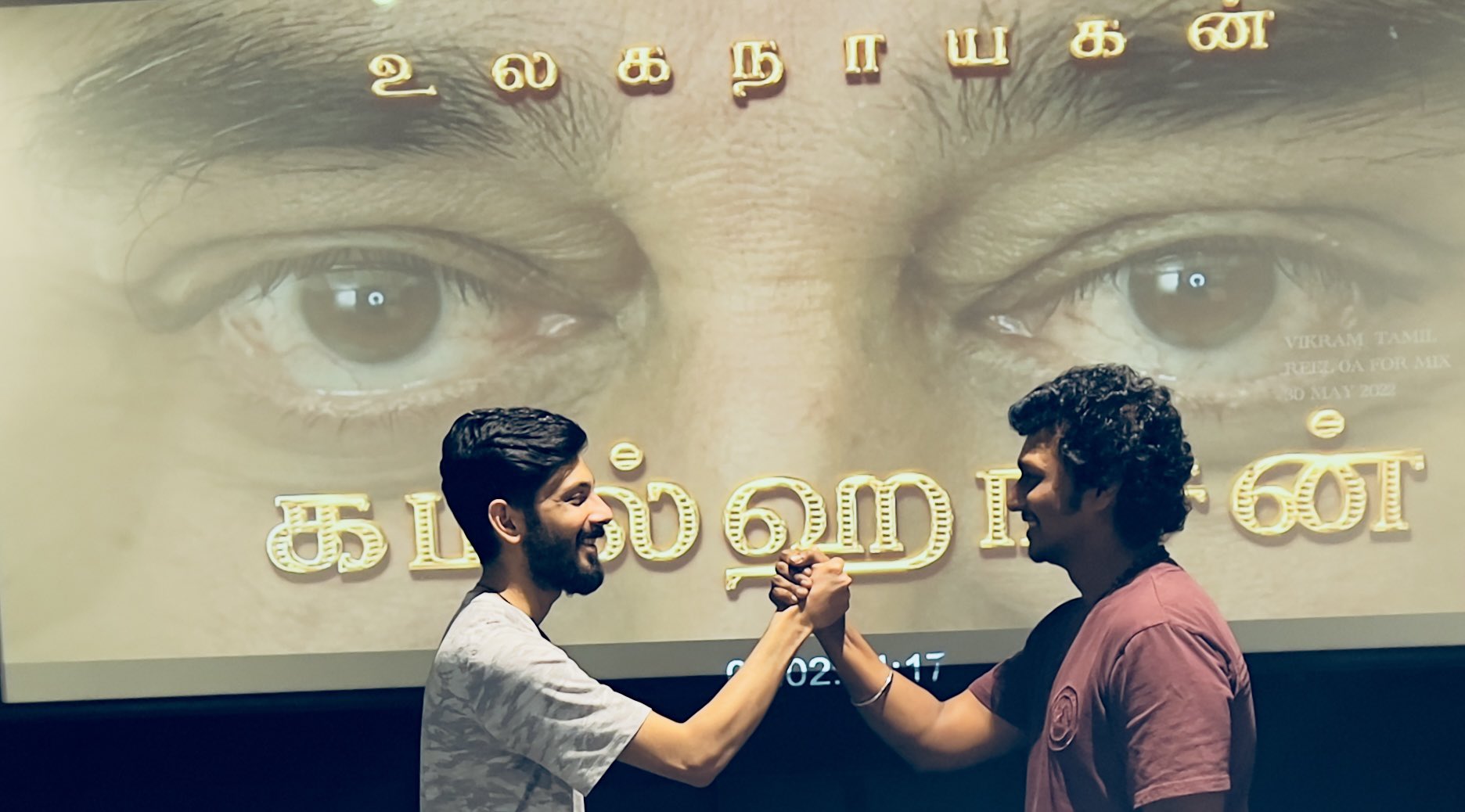 “I got criticized by my critics when I wished that my fans should be different from the fans of others. But you, a first and foremost fan of me being a first and foremost talented person is something beyond my wish. Don’t believe if anyone, including me say that they have no word to appreciate you. One can take it from the Lokesh kanagaraj garland that is available on youtube. I wish you to continue all this. Stay awake, Stay alone and Stay hungry, your plate will always be filled” Kamal haasan further wrote and signed it.

Earlier, Lokesh uploaded a tweet thanking people for receiving “Vikram” well. “I haven’t been this emotional ever.The acceptance u’ve showed #Vikram and me has been so overwhelming.I don’t know how i’m gonna repay you guys for all this love.Ever grateful to @ikamalhaasan sir and my amazing people. So moved. Love you all 🙏🏻🙏🏻🙏🏻” the filmmaker said through his tweet.

I haven’t been this emotional ever.The acceptance u’ve showed #Vikram and me has been so overwhelming.I don’t know how i’m gonna repay you guys for all this love.Ever grateful to @ikamalhaasan sir and my amazing people. So moved. Love you all 🙏🏻🙏🏻🙏🏻

“Vikram” released on 3rd of June with much expectations among fans and has exceeded it. The film, reportedly collected Rs. 165 crores world wide until the weekend, according to reports. Plot of the film revolves around former militant Vikram accomplishing a mission to destroy the drugs that has potential to ruin the society. The film, reportedly collected Rs. 165 crores in the first three days of its theatrical run and is expected to do more in the coming days.

With Kamal Haasan playing the titular role, Vijay Sethupathi appeared as a ruthless drug Lord with three wives. Fahad Fassil played the role of a private detective agent and Suriya appeared in a guest appearance as well. On the work front, Lokesh is all set to direct actor Vijay in his next and the franchise of “Vikram” is also expected to be continued.

WOW : Dhoni Reveals His First Crush !! : Even Sakshi Doesn’t Know About It All These Days !!

MS Dhoni can easily be called the most successful Indian skipper that Indian cricket team has ever had. Under his leadership, the Indian team...

Actor Dhanush's father and filmmaker Kasthuri Raja opened on the divorce announcement made by his son. He said that they didn't divorce but what...