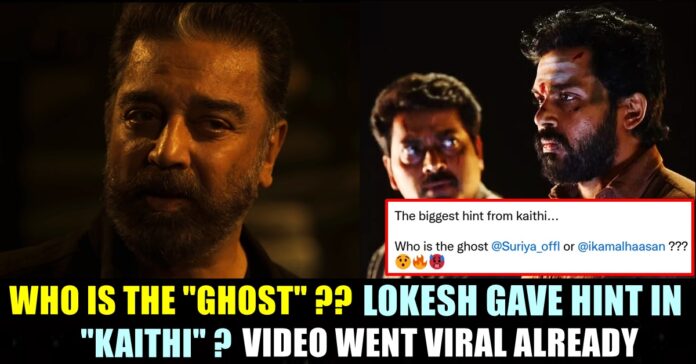 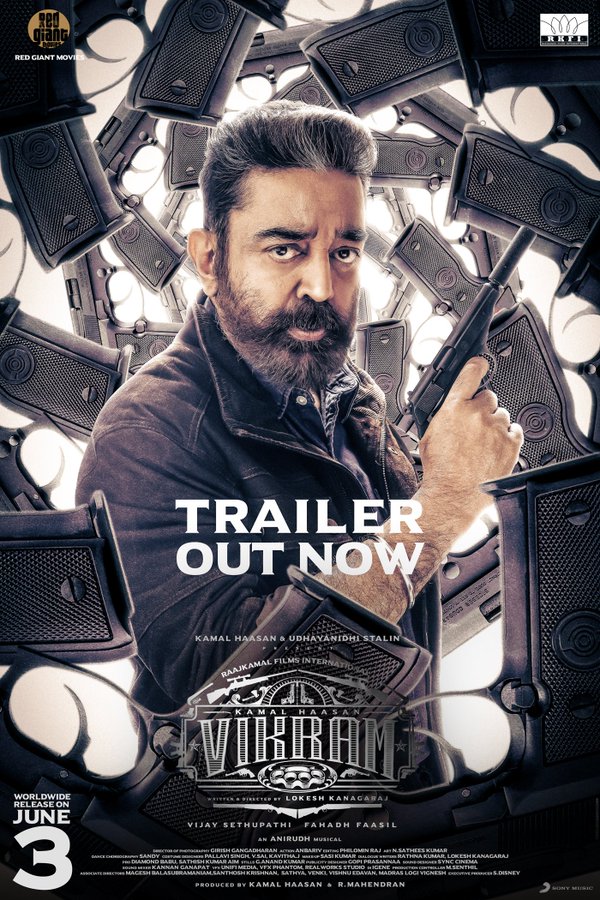 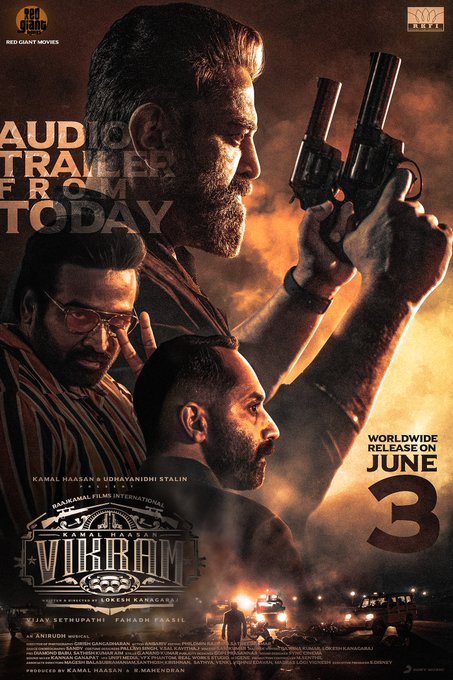 Vijay Sethupathi appeared a drug Lord who was on a mission to take back his “sarakku” (scorpion printed bags that contains cocaine). Fahad Faazil was seen involving in risky stunts and has appeared as an angry cop in the film. Kamal Haasan, the mystery man shows his combat skills throughout the trailer and ends the trailer by uttering “Vikram” three times.

Though Loki didn’t give anything out about the story through his trailer, fans are keen on finding it and has started their guessing games. Surprisingly, a video of Lokesh’s second film “Kaithi” which was also a action drama surfaced in internet with fans linking both universes of “Vikram” and “Kaithi”.

In the clip which is being circulated, cop Narain who played a pivotal role in “Vikram”, could be seen asking about  “Ghost” to his undercover agent who has been pretending to be working for Anbu, Adaikalam’s brother. When the undercover cop gives information about 900 kg cocaine, Narain asks “Ghost a pathi ethavthu information therinjuthaa? ” to which the cop replies “Nan enna pesren, neenga enna sir pesitrukeenga??”

Ever since Vikram went on floors, the makers are promoting the film with the tag line “Once upon a time, there lived a Ghost” referring to Kamal Haasan. Fans started making speculations between a cross over between Kaithi and Vikram universe and wondered whether Kamal could be the “Ghost”. Meanwhile, a set of other fans say that Suriya who played a cameo could be the “Ghost” as it is strongly believed that the actor has played the role of the Kaithi gang’s main man.

The biggest hint from kaithi…

“Once upon a time there lived a ghost”

However, we have to wait till the release of the movie to make a conclusion about whether Lokesh has made his own universe or not. The film with scheduled to released on 3rd of June across the theatres worldwide.

Celebrities posting their selfie pictures is something which is common in this digital era. It doesn't need to be about something as they have...