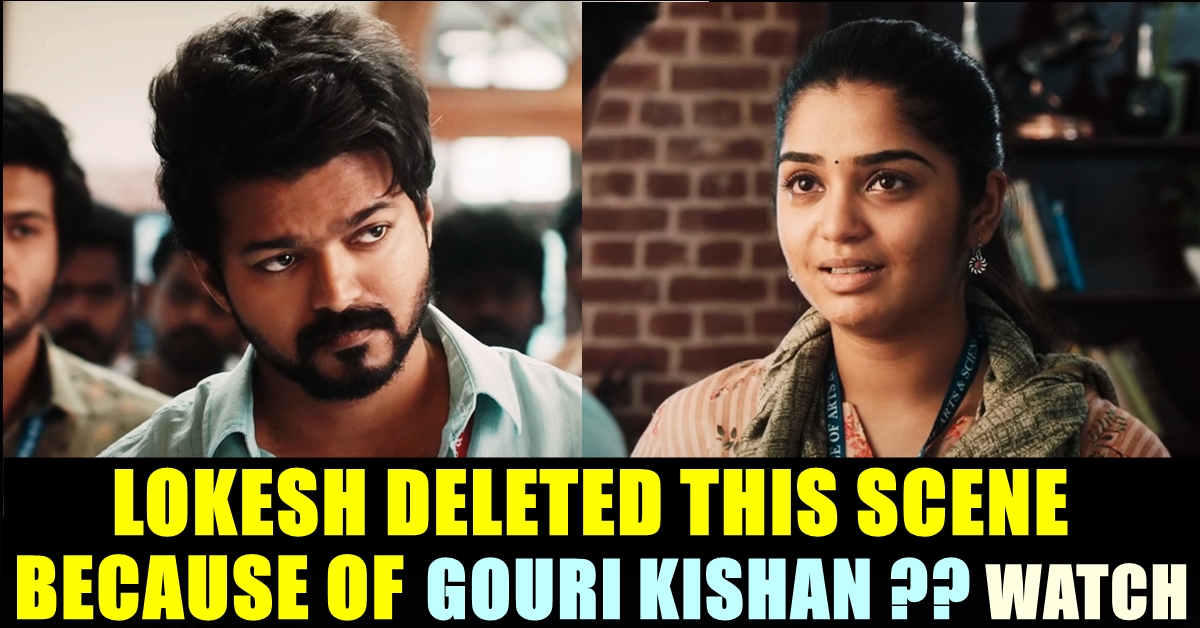 A deleted scene from the Vijay-Vijay Sethupathi starrer got released in the official youtube channel of Amazon Prime on Saturday evening. In no time, the four minutes forty nine seconds video garnered 6 lakh plus views with 2 and half lakh likes. The scene shows JD seeking justice for Savitha who got harassed by two of her male college mates on her birthday. As soon as the video surfaced in the internet, many fans got disappointed on the fact that they couldn’t witness such a good scene in theatres.

However, a number of fans in social media have predicted that the most probable reason behind this particular scene getting chopped off from the film. Actress Gouri Kishan who played Savitha, could be seen chuckling while camera was rolling and a set of fans firmly believe that the makers might have decided to delete the scene as they didn’t have any alternative footage for that particular shot of Vijay entering the office room and responding to the principle.

Fans started decoding the film “Master” frame by frame as soon as it got released in Amazon Prime video officially. The film became a subject to both appreciation and criticism as it became accessible to a wider audience now. The film “Master” shows Vijay as an alcoholic professor, contains Vijay Sethupathi, Arjun Das and Malavika Mohanan as a gangster, henchman and a college professor respectively. Locking horns with John Durairaj played by actor Vijay, Vijay Sethupathi who represented Bhavani, comes as a ruthless killer who uses juveniles as his pawns to establish his criminal enterprise.

Now, the recently deleted scene shows Vijay taking class on “Decision Making” to his students. A girl who interrupts the class, says that Parents of Savitha and the accused are getting compromised in the principal room. JD who accompanies Savitha to the principal room, beats the students who physically harassed her and makes them confess their crime.

He also gives a piece of his mind to his colleagues on good touch, bad touch, sex education, parenting and on how not to restrict girls and their clothing. The scene ends with the mother of the accused seeking Police help to arrest her son for the crime he committed.

Many fans felt that the scene seems to be so relevant to the current situation of our country and wondered why the makers have deleted the scene. Now, it is believed that one of the most probable reasons for the decision made by the makers could be the acting performance of actress Gouri throughout the scene.

She who appears to be laughing when JD accompanies her from the class room through the Veranda, literally chuckled after seeing the actors who played her father and mother.

Check out the screen shots of Savitha chuckling here :

The 21 year old Gouri Kishan debuted to Tamil film industry through “96” and she essayed the role of junior Trisha in the film.

Though the particular shot could have been easily chopped off by the makers to make the scene feature in the film, the whole duration of the film didn’t allow it to do it as well. The film’s theatrical cut runs for 179 minutes and the makers had deleted many other scenes it seems. More deleted scenes of “Master” are expected to be uploaded in youtube soon !!