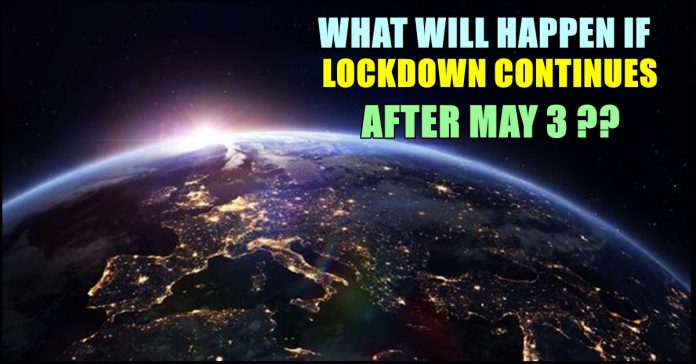 We have seen posts in social media platforms here and there saying that earth is healing from the harm we done to it for years. Though there were few troll posts surfaced regarding it, let us see some facts which proves that earth is healing indeed. The entire world is in lockdown since last one month due to the coronavirus outbreak which killed nearly 2 lakh people around the world. India showed more than 20,000 positive cases and 686 people died due to this deadly virus. To avoid community spread in the country, citizens of the country are forced to stay in home. Not only in India, almost all countries in the world are maintaining social distancing. Due to the non-existence of mankind, air and water became clean with less noise pollution. Let us see few of the signs that proves Earth in healing below :

Pictures that would surface every year during Chhat Puja, would make us worry as there would be hundreds of devotees taking dip in filthy water nearly invisible beneath toxic foam. Now, with just one month of Factories shut down, Yamuna has transformed unrecognisable. People doing nothing for 30 days did more than what any clean up mission could do.

Check out thr first and second picture below :

YAMUNA- Then and Now. The first picture is from November 07, 2016. When people offer prayer of Chatth Puja in the river Yamuna, polluted and covered with Froth. And the next one is taken on 14th April 2020. Both of them taken at Okhla Barrage, New Delhi. According to the Delhi Jal Board, they took samples from five different points in Yamuna and the Dissolved Oxygen has improved. Reason is the Lockdown to contain the Corona COVID-19 pandemic, which eventually lead to the shut down of Industrial Discharge flowing in the River. (PS : Yamuna is not yet Clean, it’s just Cleaner) #indianexpress #pollution #yamuna #Lockdown #CoronaLockdown #Delhi #Comparison #India #Water #river #waterpollution #environment #OkhlaBarrage

Himalayas is visible from Punjab :

For the first time in 30 years, residents of Jalandhar could see Dhauladhar range over 213 km away, all the way in Himachal Pradesh. Due to smog from smuggle burning, people couldn’t witness the beautiful scenery all these years. Praveen Kaswan of Indian Forest Service posted the picture in his official twitter account.

When people of #Jalandhar saw #Dhauladhar range first time ever. Dhualdhar’s mountain ranges lies at a distance of 213 kms from Jalandhar. This is how pollution made us blind !! PC Net. pic.twitter.com/Q0qNmaybJw

A major drop took place in seismic noise as the lockdown in progressing across the world. Researchers at the Royal observatory of Belgium in Brussels highly believe that the hum of vibrations in the planet’s crust reduced due to the shut down of transport network and other human activities. Due to the less human activities, detectors could able to spot smaller earthquakes and could monitor volcanic activity and other seismic events. It even said to have enhanced the sensitivity of observatory’s equipment, allowing it to detect waves in the same high frequency range as the seismic noise.

Coronavirus lockdowns around the world are having an impact on the environment and have caused the Earth to effectively stop shaking.https://t.co/aXN9lXk0yM

Now one can drink Yamuna’s water :

The Ganga river which always remained as a severely polluted river, despite of its holy status, has now become purer than ever. With industries shut down and lack of activity at the ghats due to the lockdown, the change took place only after the lockdown says experts. Water at Har Ki pauri, the famous ghat on the banks of the river in Haridwar, is now eligible to drink. With no one bathing or using the ghat as public toilet, the river water in Varanasi has improved its purity from 40 to 50%

The water quality of the mighty Ganga river has seen a drastic improvement since we’ve stayed indoors. Thank you and continue to be #HeroesFromHome pic.twitter.com/C3XtI1U6xR

A major drop in pollution level has been discovered in Italy, France, United Kingdom, China, India, Columbia, Brazil and in the United states due to a decline in air travel, road traffic and other business activities. A report suggested that a drop in air pollution has save 77,000 lives in China.

For the first time in many years, the smog in L.A. has cleared.
Los Angeles is currently in their longest stretch of “good air” since 1980. Around the globe people are seeing the impact of pollution reduced as people practice social distancing. A silver lining through all of this pic.twitter.com/Ca7E2NxogA

It is widely believed that Coronavirus has originated from Wuhan, China through a wet market. The consumption of wild animals posses a real threat to human health, says Adam Peyman of Humane society International. Such markets across the world to have shut downs.

The sudden raise in the presence of mammals, such as dolphins and seals, in the places they hadn’t been seen for several years evidently proved that a major chance in Marine life is taking place. Due to the closure of Hotels, Restaurants and reduce in the demand of seafood due to this corona outbreak is the reason behind this sudden change, believes experts. There were similar recoveries after world war 1 and 1 says sources.

Animals are roaming freely, with the absence of human

Wildlife are having its time and making full use of this lack of human presence it seems. Goats in Wales, Ducks in Paris, peacocks in Mumbai are venturing out to spaces where they would usually avoid appearing due to human presence.

Kruger visitors that tourists do not normally see. #SALockdown This lion pride are usually resident on Kempiana Contractual Park, an area Kruger tourists do not see. This afternoon they were lying on the tar road just outside of Orpen Rest Camp.
📸Section Ranger Richard Sowry pic.twitter.com/jFUBAWvmsA

Have you witnessed any change around you in this lockdown period ?? Comment if any !!

Public people who went to fill their vehicles in Aalapakkam got shocked once 6 masked men started to chase them with dangerous weapon. A person...