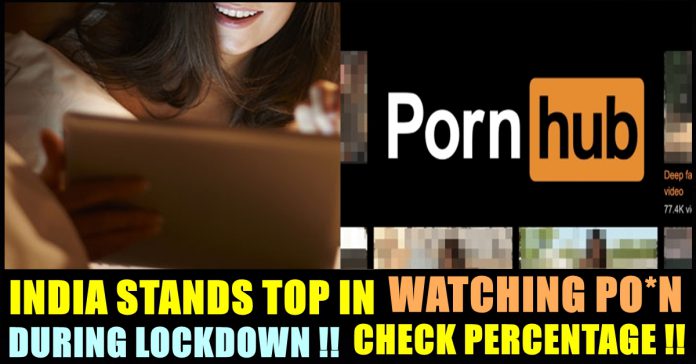 Government’s announcement of 21 days lockdown has turned the lives of Indian people upside down. Many are glued to the Internet as they have no place to go and few people attempting to have a good habit such as practicing yoga, meditation etc in these 21 days. The lockdown which ends on 14th April is likely to extend as the growing rate of positive Coronavirus cases are increasing day by day. So far, 4421 people in India got infected by the virus which killed more than 74,000 people all over the world. In India, the death toll has climbed to 114. The only intention of Indian government now is to avoid community spread in the country.

Now, this tweet has grabbed the attention of Indian mostly it seems. A recent report which was surfaced on 2nd April, evidently proved that Indians are also using the pornsite since 24th March, when the lockdown was announced by the government, report of News 18 says.

In a first of its kind moment, A Man married to a transwoman for the legally in Madras high court yesterday. This incident creating...

Bigg Boss fame Madhumitha's husband came up with a shocking allegation against the management for using his footage in the finale episode. Bigg Boss...