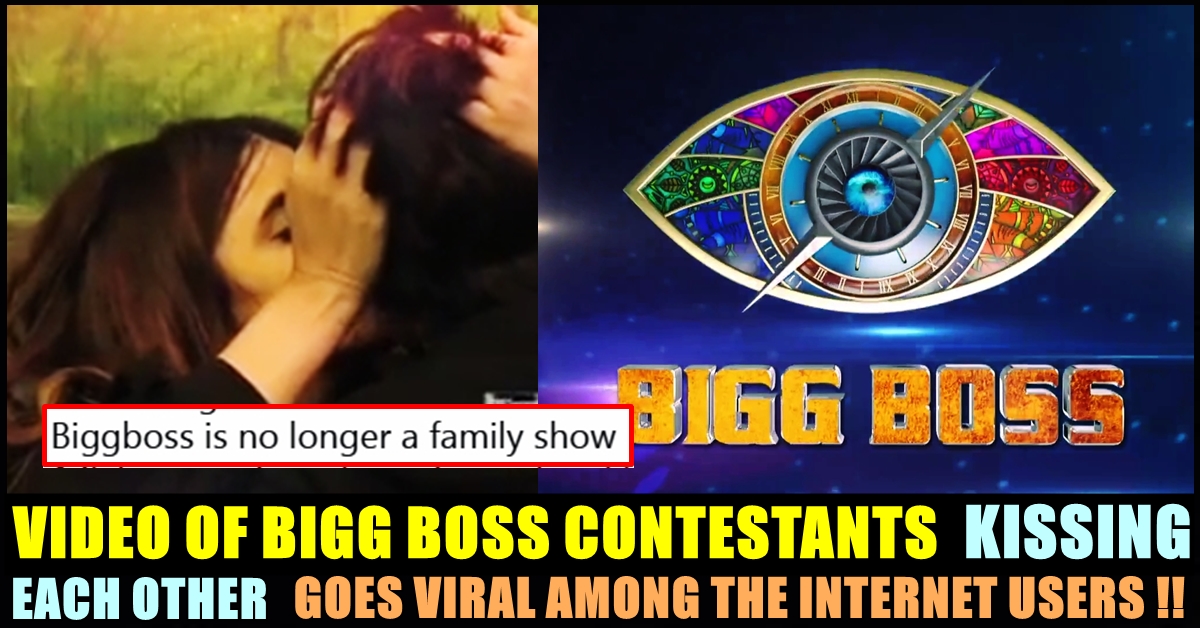 With season 5 of Bigg Boss Tamil grabbing headlines in daily manner among the viewers of the show, one of the recently released promo of Bigg Boss 15, Hindi, is going viral across the social media platforms. In the promo, contestants named Ieshaan Sehgaal and Miesha Iyer could be seen getting intimate and kissing each other multiple times, irrespective of the cameras that are recording their activities.

The viral promo shows the duo kissing each other all around the house and also involved in physical intimacy such as hugging. Ardent followers of the Hindi Bigg Boss show term their relationship as “fast-paced love affair ever” on the reality show. Even host Salman Khan questioned on the same during the weekend episode and left the romantic couple blushing.

In the viral promo video, Miesha is seen asking Ieshaan if he is forgetting something. In a way of reacting to her, he heads towards his “baby”, gives her a tight hug and a peck on her cheeks. The promo continues to show the intimacy shared between the duo. The inseparable couple indulging in some romance as they shower each other with multiple kisses throughout the day. Hindi romantic song “Bheegein Honth Tere” is being played in the background and caption adds spice to the entire post.

“The spark of romance is burning in the jungle” says the caption of the promo video uploaded in the social media handles of colours TV.

As soon as the promo got released in Internet, fans started criticizing the couple, terming their romance as “fake”. “Please evict miesha and ishaan immediately The promo started and they kissed passionately. And remote was in my mom’s hand. You can’t imagine how embarrassed I was ,it became parent child awkward moment” a follower said whereas another one said that Bigg Boss show is no more a family show.

And remote was in my mom's hand
You can't imagine how embarrassed I was ,it became parent child awkward moment
Bhai ITNA tez to Usain bolt bhi Nahi Hoga .#BiggBoss #BiggBoss15

Real Fun will be – #IeshaanSehgaal gets eliminated this week..

As far as the Tamil Bigg Boss is concerned, “Oru Kadha Solatumaa” task is still ongoing with many of the contestants getting nominated for the first week. In season one, Oviya and Aarav kissing each other became a subject to social media trending. Even host Kamal Haasan questioned about the same and termed Arav’s kiss to Oviya as “Maruthuva Mutham” ( Medical Kiss) as Aarav said that he did it to cure her. Comment your views on this viral promo and the reactions it is receiving !!

First Post Of VJ Parvathy After Getting Evicted From “Survivors” Show !!
Samantha’s Stylist Finally Opened On The Rumour That Linked Him With The “Theri” Actress !!
Advertisement