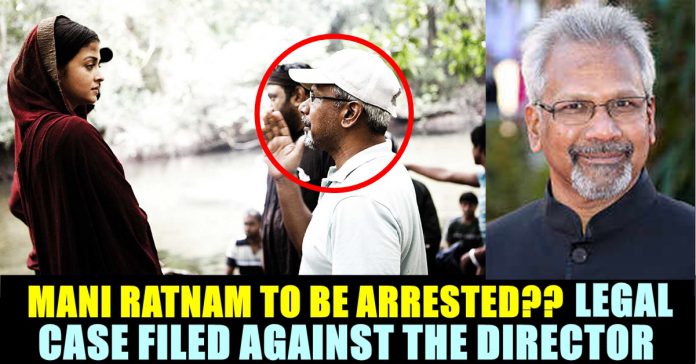 An FIR has been registered against the Indian director Mani Ratnam by PETA for the death of a horse using in the shooting of the movie ‘Ponniyin Selvan’ at Abdullapurmet in Telangana.

Mani Ratnam is an Indian film director, screenwriter, and producer who predominantly works in Tamil cinema. He is regarded as one of the greatest Indian filmmakers who has directed super hit movies. Currently, Mani Ratnam is working on his next movie called ‘Ponniyin Sevan.’

The movie is based on the iconic writer Kalki Krishnamurthy’s historical fiction novel, ‘Ponniyin Selvan.’ The movie is directed and co-produced by Mani Ratnam, under his production studio Madras Talkies, along with Allirajah Subaskaran under the banner Lyca Productions. Aishwarya Rai Bachchan, Chiyaan Vikram, Trisha, Jayam Ravi, Karthi, Prakash Raj, Jayaram and many more are the lead cast of the movie. Composer AR Rahman, cinematographer Ravi Varman and editor Sreekar Prasad are part of the technical crew.

Director Mani Ratnam and his team have been shooting the movie ‘Ponniyin Selvan’ for the past few months. As the film is a period war story, they had used a lot of horses during the shooting. While shooting, a horse died in the movie set on the 11th of  August.

On the 18th of August 2021, PETA (People for Ethical Treatment of Animals) India filed a complaint, after which an FIR was lodged by Telangana’s Abdullapurmet Police against Madras Talkies (production house of Mani Ratnam) management and the owner of the horse. Following this, the Animal Welfare Board of India (AWBI) has called Mani Ratnam for an enquiry.

Detective Sub-Inspector G Veerabhadraiah of Abdullapurmet police station has reported that the complaint regarding the death of a horse during a film shoot was received a week after the incident. Based on the complaint, a case was registered under the Prevention of Cruelty to Animals (PCA) Act and IPC.

On the investigation, the horse owner said that his horse died of Colic, a case of abdominal pain that is the cause of death in a majority of horses. However, the officials are investigating the cause of the death of the horse.

It was reported that the film crew had completed the schedule and vacated from the spot by the time the complaint was registered. The crew has valid permission for the shoot at Anajpur village near Ramoji Film City for 10 days. After the death of the animal, a postmortem examination was held and buried dead animal. When the police officials exhumed the body, it was already putrefied.

Chief Advocacy Officer Khushboo Gupta of PETA India has said, “In the age of computer-generated imagery (CGI), production companies have no excuse for forcing exhausted horses to play at war until one of them drops dead,” She further added, “Compassionate, forward-thinking filmmakers would never dream of hauling sensitive animals to a chaotic movie set and forcing them to ‘act’. PETA India is calling on director Mani Ratnam to cut the cruelty and switch to modern and humane CGI and other visual-effects technology,”

Previous articleJarvo Once Again Entered Field !! Fans Not Happy
Next articleChinmayi Condemned Netizens Who Used “Maami” To Mention Her !!

Man Asked Why “Item Song” After Becoming Mother ?? : Kasthuri Accused The Whole “Tamils” For His Question !!

The teaser of Tamizh Padam 2, sequel to the howlarious parody film that came out in 2010 directed by CS Amudhan, was released on Friday.The 40-second...