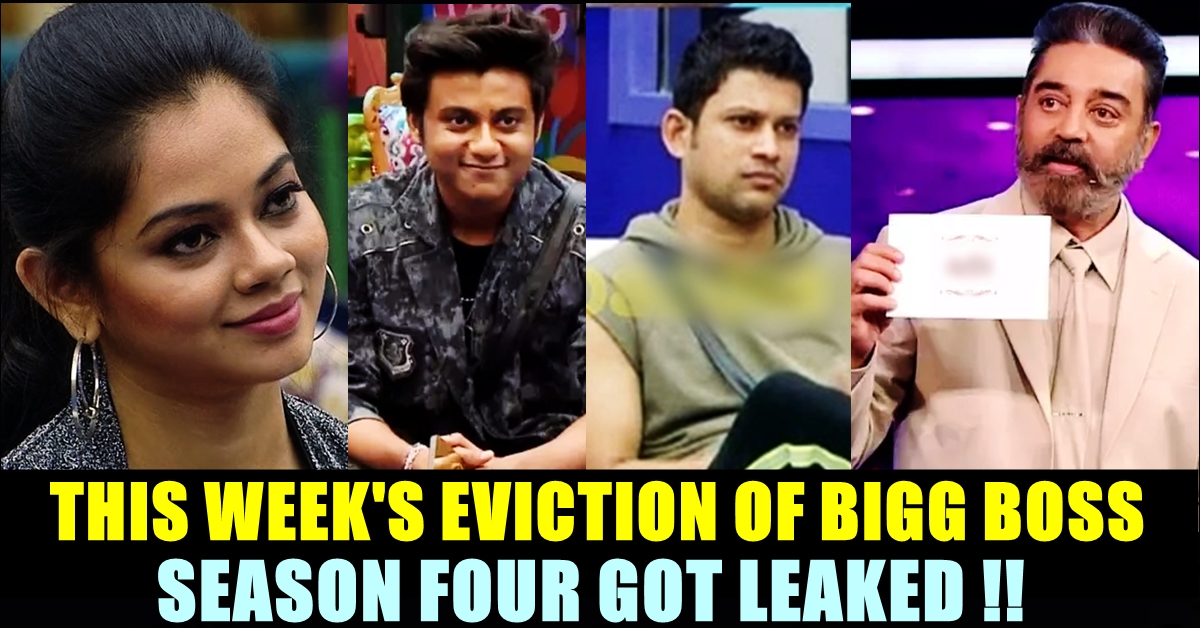 In the fourth week of Bigg Boss Tamil 4, 11 contestants including Som Shekar, Vel Murugan, Aajeedh Khalique, Aranthangi Nisha, Rio Raj, Anitha Sampath, Suresh Chakravarty, Ramya Pandyan, Jithan Ramesh, Sanam Shetty and Balaji Murugadoss were nominated for the elimination. Now, as the shooting of the weekend episode got completed, the details of the evicted contestant of this week leaked.

The three promos which got released so far, showed Kamal haasan analysing the major incidents that took place inside the house during the weekdays. The “Virumandi” actor lauded Anitha for the way she stood up for widow women. In an episode, Anitha said that it doesn’t matter if a woman is a married one or a divorcee or a widow, she could take part in all the activities of a function irrespective of the rituals. Thinking that no contestants are supporting her stand, Anitha got emotionally hurt and felt Suresh Chakravarty is using her for content.

At one point, Anitha felt that she should have followed the words of her husband who asked her not to participate in the show due to its complications. Now, after asking about the opinions of a number of contestants, Kamal Haasan said what the news reader said is completely right and appropriate. He said that her speech must be applauded.

In another promo, Kamal analysed about the fight and patch up that took place between Archana and Balaji. He also sarcastically trolled Rio based on the groupism crisis.

Now, regarding the eviction, it has been widely speculated that Vel Murugan got evicted due to the receiving less number of votes. He is a South Indian Tamil film playback singer. He is known for folk songs including Madura in Subramaniapuram and Aadungada in Nadodigal and Otha Sollala in Aadukalam. In the house, Vel murugan was active in tasks but failed to impress audience by being himself. Though his songs were loved, he managed to grab only a limited number of footage which gave people less time to either love or hate him.

Check out some of the reactions for his eviction :

My wishes for him to continue his singing journey and give us more entertaining songs ahead.#Velmurugan #BiggBossTamil4#BiggBossTamil https://t.co/9WwbKKXjNA