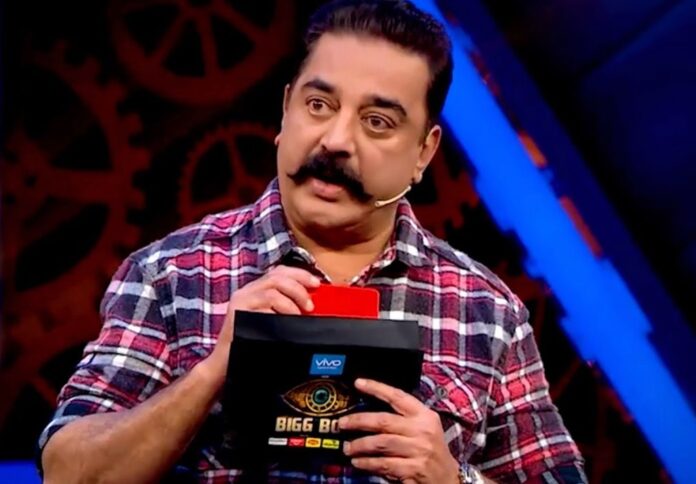 As the shooting of the ongoing episode of weekend episodes got completed, result about the eviction of the ongoing week got leaked in the internet. It has been reported that Dhanalakshmi got saved first and Azeem got saved on the Saturday episode with one more getting saved on the same day. Kamal Haasan who was expected to take a break from hosting the show as he fell ill, appeared to host the show as usual. 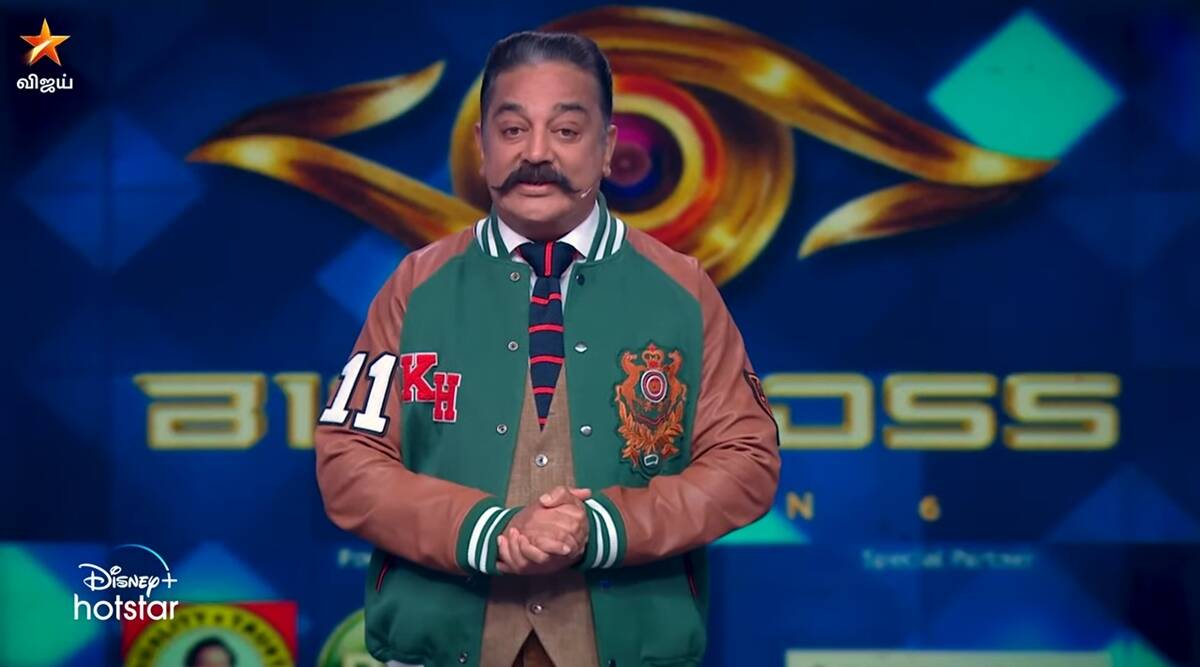 In the first promo that got released in the Vijay television, Kamal Haasan says that a judgment has been provided without even pointing out the accused. “Don’t they really know the accused ?? Or they don’t like to tell it in public ?? They were all behaving in a good manner, ain’t they ??” he said in the first promo.

Check out the promo here :

In the second promo, Kamal Haasan said that he has a case to file and asked Kathiravan about the offenders who failed to clean vessels and cups after consuming food. Kathiravan seemingly named few of the contestants as the offenders. In the end, Kamal Haasan said “These names came out only after I inquired but you people failed to do it. My case is, this season will become the most boring one if you all keep playing safe game”

Coming back to the elimination, if reports are believed to be true, renowned choreographer Robert has been eliminated from the show after receiving less number of votes from the audience. Azeem, Kathiravan, Dhanalakshmi, Amudhavanan, Manikanta, Ram and Robert are contestants who got nominated for the eviction. The dance master who came under scanner after expressing his interest towards Rachitha, got called out for a number of times for his inappropriate behaviour. 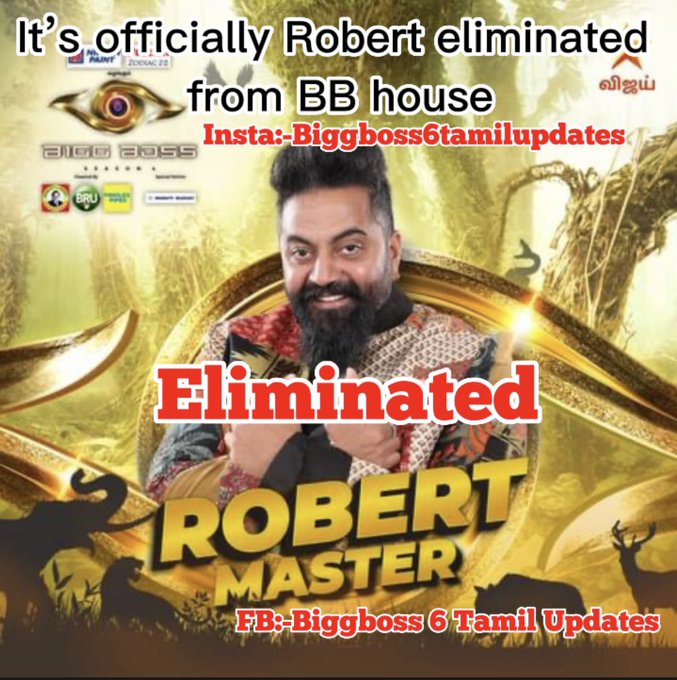 Apart from stalking Rachitha, the impulsive dancer who is expected to raise voice in the issues that are taking place inside the house, failed to do so. He also managed to the grab only limited screen time due to his inactivity during tasks. Now, after the reports on his elimination became public, various kind of reactions surfaced in the internet.

If #robert gets evicted there won’t be scope for #Rachitha too as she plays safest of games & to save both Vijay tv tries hard. Much evident from promos.#BiggBossTamil #BiggBossTamil6

Yes Robert is evicted. Happy. But shouldn’t he be shamed and sent out..He will never know he being a pervert is wrong. Why is Tamil BiggBoss lenient on low life scumbags like him.@vijaytelevision@ikamalhaasan #BiggBossTamil#BiggBossTamil6

#BiggBossTamil6
Seems #robert master evicted,I thought he will be another sandy for his non serious nature but unfortunately his crush towards #Rachitha spoiled his entire game,
Regardless of all he highly talented, hope to see more of him in vijay Simbu movies ☺️👍

Previous articleNaga Chaithanya’s Reply To 19 Y/O Krithi Shetty Went Wrong !!
Next articleVideo Of A College Professor & Student Fighting With Each Other Is Trending !!

Mohammad Rizwan, a 23 year old food delivery boy who was trying to deliver food to a woman named K. Shobana died after her...