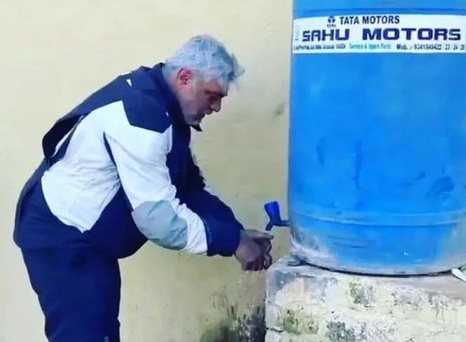 Director Vignesh Shivan who is about to direct actor Ajith kumar in his next film, is getting trolled by a number of online users for uploading a picture of the “Thunivu” actor washing his hands by adding “salute” emoji. Many started questioning how could someone washing their hands on their own be admired. 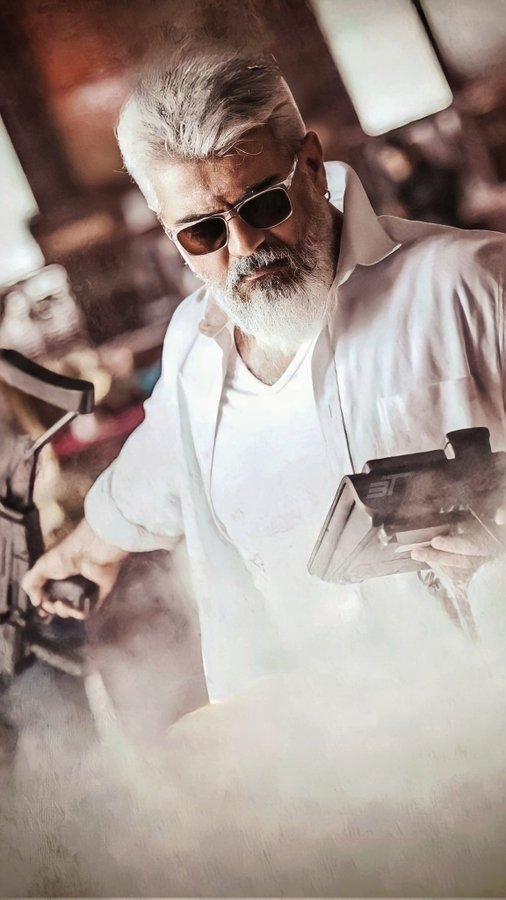 The actor’s recent release “Thunivu” which was released on 11th of January, is running successfully in theatres. In the film, he appeared as a man who breaches a bank to rob it. The film was Ajith’s third consecutive collaboration with director H. Vinoth who is known for his debut film “Sathuranga Vettai”.

As far as his next film is concerned, Ajith is expected to be seen in a Vignesh Shivan directorial. The film which is tentatively titled as “AK 62”, is expected to go on floors very soon. In the meantime, Vignesh Shivan has been expressing his admiration towards the star in every opportunity he gets.

Most lately, he shared a picture of the actor washing his hands from a public tap water and added heart, happy and salute emojis. As “Thunivu” got released in big screens, all eyes turned towards Wikki as a result of which the screen shot of his Instagram story got surfaced in Twitter and social media platforms. Among a number of Twitter users, the post didn’t go well as they couldn’t find a valid reason for Wikki adding  “salute” emojis for the picture. “thala washing his hands by himself..the simplicity of this man”  a user sarcastically tweeted whereas another one said “Woowww🥺🥺Washing his own hands by himself that too with water..Respect🙏”

I thought washing our hands comes under routine until silra Vikki posted it considering as simplicity https://t.co/YKJb5Vktb2

After Dinesh Karthik, Sanju Samson Strikes In Tamil This Time !!