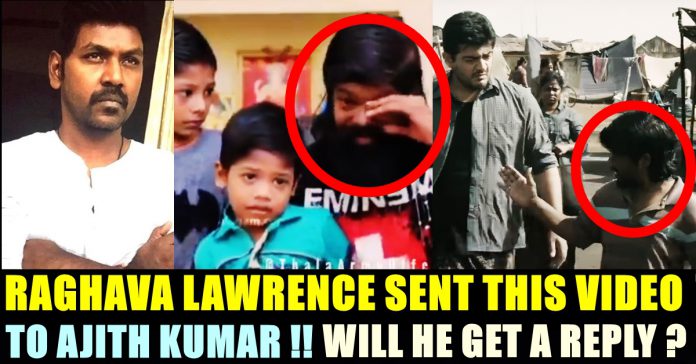 Actor Karthick who is popularly known as “Theepetti” Ganesh in film industry, trying hard to reach actor Ajith Kumar, to get some financial help from him to save his family amidst this lockdown crisis. They both acted together in the sequel of blockbuster movie “Billa”. The lockdown period has been extended by the Indian government till May 3rd. The announcement was made by the Prime Minister of our country on the final day of initial lockdown period which is 14 of April. The decision was taken as the number of corona cases in India are increasing day by day is large manner. So far more than 10,000 positive corona cases has been reported in the country. Tamilnadu has reported more than 1400 positive cases with 15 deaths.

Due to the lockdown crisis, many people from various industries are financially affected and the workers of it are suffering in big time. In a way of helping the people, many of the stars from film industry are coming forward to contribute their part. Actor Ajith Kumar who has a biggest fan base in Tamil film industry has announced Rs.1.25 crores as donation.

The actor reportedly provided Rs.25 lakhs for FEFSI workers and Rs.50 Lakhs for CM fund relief and Rs.50 Lakhs for Prime Minister relief fund. FEFSI has more than 20 unions, consisting more than 25,000 workers film technicians from different branches of filmmaking such as lightmen, makeup artists, choreographers, dancers, stunt persons, junior artists and others. Actors Sivakarthikeyan, Vijay sethupathi, Suriya donated Rs.10 lakh each for the people who are suffering from their industry.

Now, Karthick, who is known for appearing in films like “Renigunta”, “Billa 2”, said that he wants to meet actor Ajith Kumar. In one of his recent interview, he said that he is trying all the ways to reach actor Ajith Kumar but people he is meeting are not helping him by informing Ajith about his situation. He who gets emotional in the video, shows his two sons and requesting actors Ajith and Lawrence to help him financially.

“I truly believe this will reach Ajith sir. If Ajith sir comes to know about my situation, he would immediately call me the next second. But many people are not helping my message to reach him. They are concerned only about their own problems. Be it the fans of Ajith sir or his manager or his helpers, please let him know about situation. I request you for my family and for their sons” he says in the video.

As soon as the video got surfaced, Raghava Lawrence who saw this tweet, immediately replied by saying that he will do his part for his children’s education. He also said that he has sent the video to Ajith Kumar’s manager and assured that he will definitely help. “I will share this video with Ajith sir manager. If it reaches to Ajith sir he will definitely help. He is very kind hearted person. I will also do my part to help your children for education. Please share your contact details.” read the tweet of Lawrence.

Hai brother just now my friend shared this video, I will share this video with Ajith sir manager. If it reaches to Ajith sir he will definitely help. He is very kind hearted person. I will also do my part to help your children for education. Please share your contact details. https://t.co/vmQ9qadHQr

Ajith Kumar who is known for his kind heart and generous gestures towards his co-workers would definitely respond to this video sent by Lawrence, says his fans. Lawrence has already donated Rs.3 crores on his behalf and announced that he is going to donate Rs.25 lakhs more for sanitation workers.

Previous articleCelebrities Slammed Those Who Attacked Doctor For Trying To Bury His Colleague !!
Next articleFinally Actor Vijay’s Contribution To Corona Relief Revealed !!