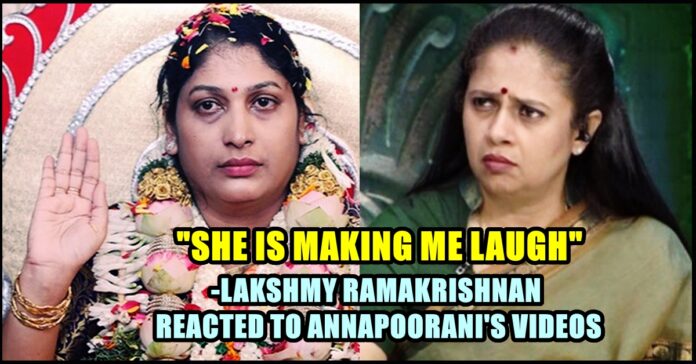 For the past couple of days, a number of videos of people worshipping a woman named “Annapoorani” who is dressed like a goddess are trending in the online platforms. It has been reported that the woman claims herself to be “Goddess Amman” and the posters of a program she scheduled for new year is going viral in online platforms as well. One of the posters dubbed the woman as a reincarnation of goddess “Aathi Parasakti” who is ruling the world. 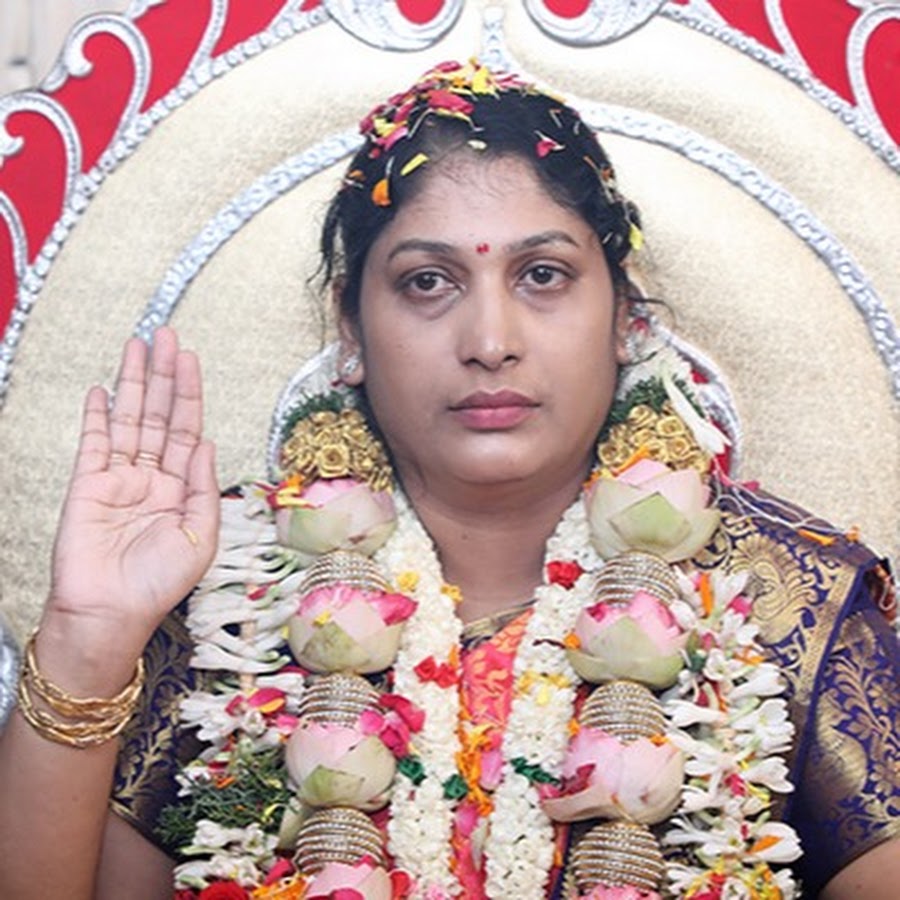 The videos show enormous number of women and men crying at “Annapoorani” to get blessings from her and many could be seen conducting “Pooja” for the woman by washing her legs. However, netizens found out that the self-proclaimed god-woman is the one who took part in Lakshmy Ramakrishnan’s “Solvathellam Unmai” show. In the show, the alleged “Annapoorani” wanted a married man to divorce his wife with whom he was living for 12 long years in order to lead a life with him.

Lakshmy Ramakrishnan, in her show, asked the woman why she is not feeling ashamed to ruin a family for her own happiness. In the videos which are trending now, the same who is seen dressed like a goddess and blessing people. “Anna Poorani Arasu Amma” has been running a youtube channel with 11,000 plus subscribers, videos which are uploaded in the channel shows people worshipping her.

Now, reacting to the viral videos, in an interview with a media portal, Director, Actress and TV host Lakshmy Ramakrishnan said that they are making her laugh. “It tickles my laughing bones to see her videos. It also makes me feel sad to see people getting cheated easily. I don’t want to make an opinion about Annapoorani’s past life and her personal life. It is very wrong to fall in the feet of people who claim themselves as God” Laksmy Ramakrishnan said to Puthiya Thalaimurai.

“It is a stupidity as well. They will keep cheating people until they are ready to get cheated. We don’t need to drag “caste” and “community” here. We shouldn’t believe people who say “I am the God”. They should be aware. It is very important” the actress said.

“Annapoorani was very much confused when she visited my program. I still remember the way how that person’s wife cried. I also remember how his children cried. I advised her a lot at that day. But she denied to listen to me and left the show saying “I am going to live my life tis way”. Though I said that she should maintain self respect, Anna poorani said that she is going live her life with him. I don’t have any connection with her after that sow. They volunteered themselves to take part in the show. I would always say that one shouldn’t get into a relationship with a married man without a divorce. No one should believe an individual who claim to be a God. We shouldn’t fall on the feet of anyone unless they are our parents” the actress said in her interview.

“Following any human ‘ God’ is a problem!!! It is not okay to analyse the lady’s past, but what she is doing now is worth all the criticism and hate” Lakshmy said in her tweet sharing her interview.

Following any human ‘ God’ is a problem!!! It is not okay to analyse the lady’s past, but what she is doing now is worth all the criticism and hate.https://t.co/pfTGyhBPsT

Previous article“Arrest Sunny Leone” Trending In Internet Due To This Reason !!
Next articleMassive Transformation Of Viral L:ady Saamiyaar !! WATCH VIDEO

Internet trolling is something which is almost every celebrity in the world are facing in daily basis. Some won't mind and react to the...

In the recently aired "Koffee with Karan" show, Samantha opened about the rumour that surfaced about herself asking Rs. 250 crore rupees as alimony...