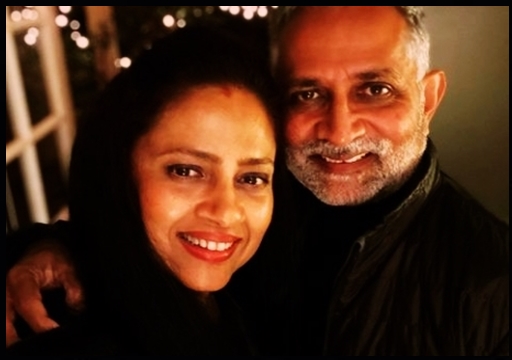 Replying to her, Lakshmy referred to late revolutionist Periyaar and said that there is no wonder in how he treated such people who believe in superstitions. Capturing the screenshot of the comment and her reply, Lakshmy uploaded it in her Twitter handle and called out such people.

Lahsmy Ramakrishnan is known for hosting “Solvathellam Unmai” show which streamed in Zee Tamil. She who acted in films such as “Boss Engira Baskaran”, “Naan Mahaan All”, ” Raavanan”, directed films such as “Aarohanam”, ” “Nerungi Vaa Muthamidathe”, ” Ammani” and “House owner”. She is currently busy making videos for her YouTube channel “Lakshmy Ramakrishnan”

On 14th of February, the actress came up with a video in YouTube channel titling it as “Wedding Anniversary 2022/ Los Angeles trip – Part 03”. The 13 minute long video showed the actress spending time with her husband and interacting with her followers. The video included breezy moments such as the couple having a camp fire, car rides and visiting beach etc.

Lakshmy didn’t turn blind eye to the comment as she decided to expose his/her superstitious beliefs. “No wonder Periyaar had to use the harshest/crudest of languages/actions to put people like you in place!! But even then you are deteriorating” The actress replied. 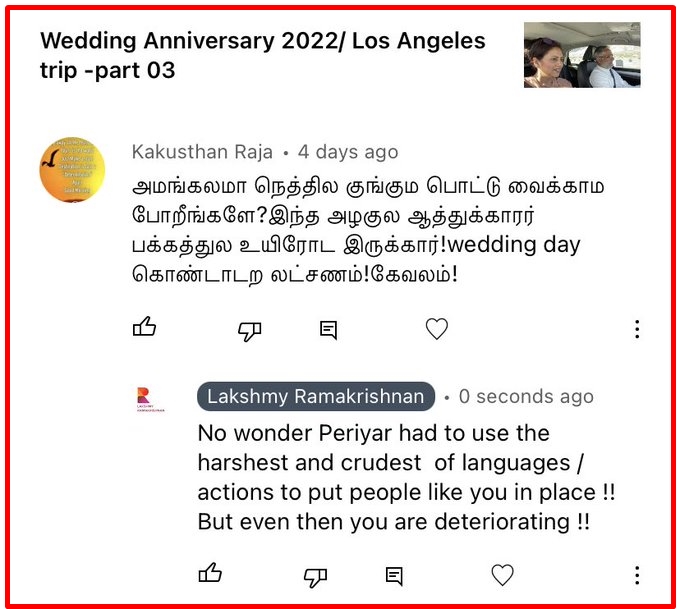 Sharing the same in her official Twitter handle, the actress said “Can’t believe people are so regressive!! These….. Don’t understand the difference between culture and superstition”

Can’t imagine people are so regressive!! These ……… don’t understand the difference between culture and superstition! pic.twitter.com/vP2iiXHChv