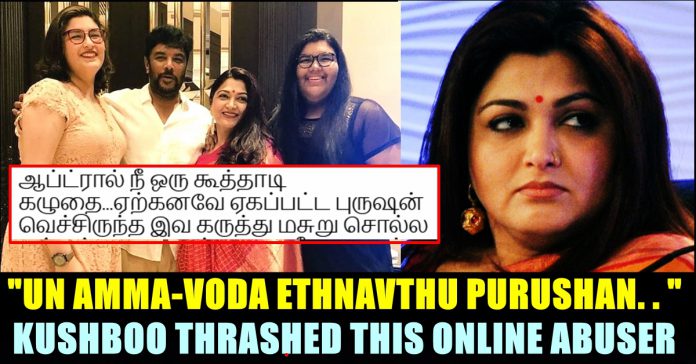 Actress Kushboo is very well known for her befitting replies to her haters in online platforms such as Twitter, Instagram etc. Lately, for a tweet she posted in her official twitter account, a guy made a filthy comment, assassinating the actress’s marriage life. To his comment, Kushboo replied to him in his very own way to shut him down, only to get appreciated by her fellow Twitter users.

On Monday evening, Prime Minister Narendra Modi posted a tweet and left the netizens in sheer shock. Narendra Modi is very much active in social media platforms such as Twitter and Instagram where he posts about many of his important events. On the evening of 2nd March, the 69 year old said that he is planning to give up social media which resulted in Netizens trending various hashtags.

After receiving various kind of reactions from all over the micro blogging social media site, Modi has now revealed the reason behind his tweet. He posted the tweet to celebrate the women’s day by initiating a campaign named as “SheInspiresUs”.

This Women's Day, I will give away my social media accounts to women whose life & work inspire us. This will help them ignite motivation in millions.

Are you such a woman or do you know such inspiring women? Share such stories using #SheInspiresUs. pic.twitter.com/CnuvmFAKEu

Meanwhile, being unaware of the intention of PM Modi, many, including congress leader Rahul Gandhi trolled him for posting a tweet on giving up social media. Tamil actress Kushboo also posted a sarcastic tweet as soon as the tweet of Modi surfaced in Twitter.

“Next Sunday, I plan to give up.. hmmmm… icecream” she wrote in one of her tweet. In her other tweet, the actress wrote “This sunday…hmmm..I have decided to give up on my superlatively talented actor, our PM..”

Next Sunday, I plan to give up.. hmmmm… icecream😛😛😛

This sunday…hmmm..I have decided to give up on my superlatively talented actor, our PM..🤪🤪

One of a follower of Modi, openly bashed the actress without even considering the consequences. He mocked the actress’s marriage life and asked her to go to Pakistan to marry a new guy.

Kushboo who saw this tweet, decided to give him back what he deserves. “Do you know for which husband of your mother you born? If I question about it, it will degrade your mother. I am sure you were born to a pig. No doubt about it. Take a medical test if you want, you timid bhakt”

This is not the first time Kushboo reacting to cyber bullying. Comment your views on this reply of Kushboo !!