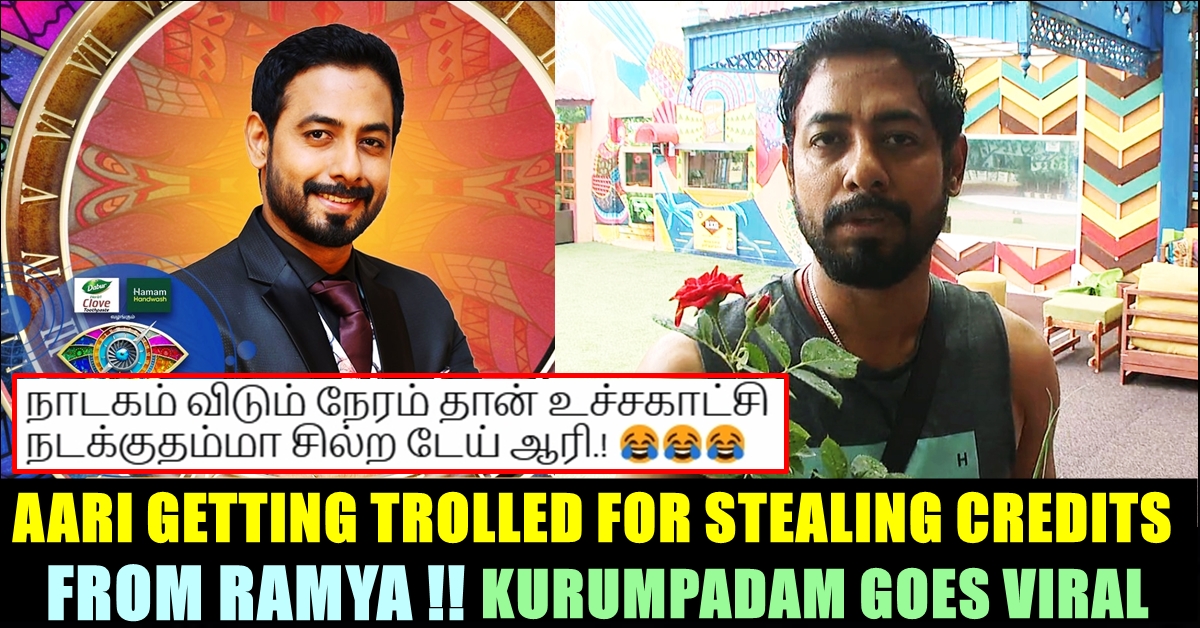 Aari is one of the prominent contenders for the title of Bigg Boss season 4 and is looking strong as of now with a huge fan base. He is currently topping all the unofficial vote polls with most number of votes comparing to his co-contestants who also got nominated for the eviction. However, Aari is also facing criticism from the followers of the reality game show for various reasons.

Now, a video of Aari proudly showing his plant to the camera and advising audience to grow plants is doing rounds in social media platforms. A number of fans trolling Aari for claiming the credits for growing the plant as it was revealed that Ramya was doing it for him in a weekend episode.

Aari Arjunan, one of the toughest contestants inside the Bigg Boss house, is facing the heat as the show is nearing its end. Almost all the contestants who are competing for the title locked horns with the “Maaya” actor. They also nominated him for the eviction but with the help of his huge fan base, Aari is managed to survive inside the house.

Now, uploading a video of the actor advising people to grow plants, fans accused him of pretending for the grand finale which nearing. In the Monday episode of the show, Aari could be seen showing his plant to the camera and saying that it grew well. “I am planning to name this plant as “Riya” which is my daughter’s name. It is growing well” Aari saus.

Showing another plant, Aari says “Another red rose is budding in this plant. I feel proud for making the housemates maintain their respective plants while being the captain of the house. Like wise, we should plant trees and save our nature. I feel happy for following the words of Bigg Boss in saving our nature”. He further went on to request Rio, captain of the current week to follow the same.

“Three plants got spoiled among those 15. Mine is one of them. I failed to water my plant since I came to this house. I was doing it outside the Bigg Boss house. Ramya seemed to have much knowledge about plants and agriculture. She knew what to do with the spoiled plants. As she was maintaining it in a right away, I stopped watering my plant” Aari said to Kamal Haasan.

Similar reactions and memes against Aari are doing rounds in the social media platforms since the Monday episode.

#biggbosstamil4 he didn’t water his own plant now he is registering that he made all housemates take turns in watering the plants.. modhalla unga chedi ku thanni oothunga Aari sir.. oora appuram thiruthalam https://t.co/iC0AAGddBO

Sums up the #Aari ‘s tactics throughout the game.