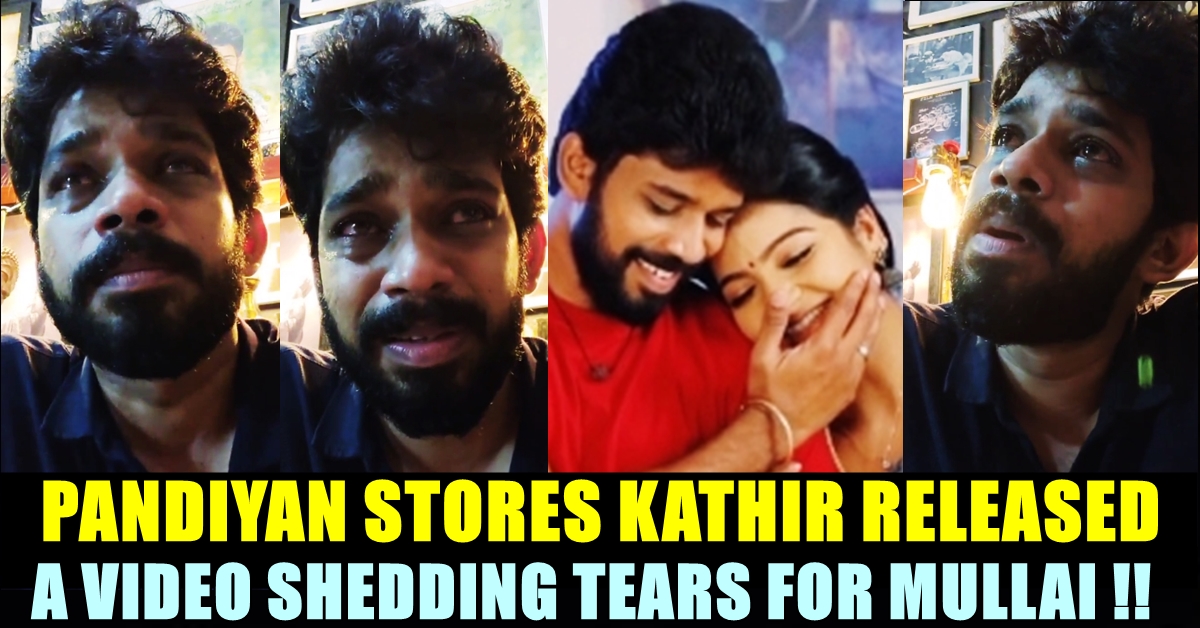 Kumaran Thangarajan who paired Chithra in the “Pandiyan Stores” serial uploaded a video in his Instagram handle remembering his colleague. The actor could be seen shedding tears throughout the video for the demise of his co-star. He shared about the moments they spent together in the sets of “Pandiyan stores” and made his followers know how busy Chithra was while she was working. He said that the actress decided to have “one big rest'” for all the hard work she did all these days.

The 29 year old TV actress, reportedly committed suicide in her hotel room due to unknown reasons. The incident happened on the wee hours of Wednesday and the Police investigation has started as soon as the hotel manager made a call to Police helpline number 100 at 3 : 30 AM on Wednesday.

Many cinema actors and TV stars including Keerthy Suresh, Aishwarya Rajesh, Aathmika paid condolences for the demise of the young actress. Now her co-star Kumaran who played “Kaithir” in “Pandiyan Stores” serial pairing “Mullai” played by Chithra, had uploaded a 3 minute 40 seconds long video in his Instagram account.

“I am not going to talk about how Chithra left the world. She is not going to return, no matter how she went. But what I think is, she could have shared about her personal problems to any one close friend. They could have changed her mindset” Kumaran believed.

“Chithra would do many works in a same day. She is very much skilled in multi tasking. Though she spent most of her time in the sets of “Pandiyan Stores”. said Kumaran. “While working, Chithra once asked me whether I have given my date for Pandiyan Stores the next day. I would give my dates only to Pandiyan stores as I won’t go out often. She funnily said that I am the one who causing her the troubles as I am accepting to give dates every time they ask. She would have many other events and programs to participate” he remembered.

“She never rested. That’s what she lacked. Now, she decided to have “one big rest”.” Kumaran concluded his video.

Latest reports had suggested that the post mortem report of Chithra confirmed suicide as the cause of her death. Earlier, Kumaran uploaded a story in his official Instagram account, writing “You were known for you boldness. To many women you were an inspiration. I wish you had fought back. This was not an answer, never will be”

Video Of Chennai Cop Getting Thrashed By Public For Misbehaving With A Woman Goes Viral !!
“I am Not Entering BIGG BOSS House” – Young Actor Confirmed !!