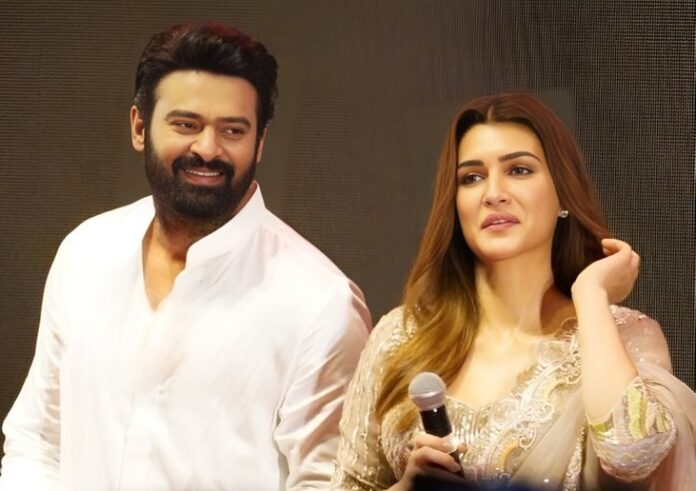 Actress Kriti Sanon responded to the rumours and speculations on herself dating actor Prabhas during the shooting of “Adipurush”. The actress said that the reports being made by leading media portals are completely baseless and confirmed that they are fake news. The actress came up with a story in her official Instagram handle to make the announcement. 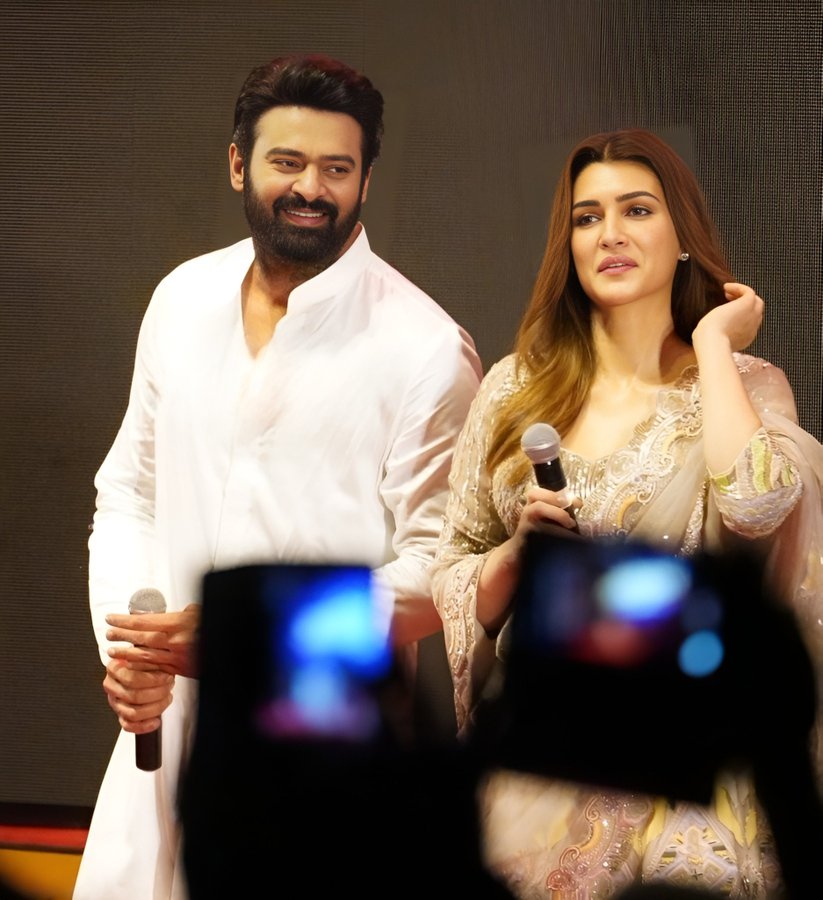 Further, Karan asked Varun to reveal the person’s name to which Varun hinted that the person who doesn’t live in Mumbai but he is currently shooting with Deepika Padukone for his upcoming film.

The actor made it quite obvious that it was Prabhas who was shooting for Project K with Deepika. Kriti was seen blushing as soon as Varun made the revelation. Based on the answers of Varun Dhawan, many media portals came up with reports saying that Prabhas and Kriti Sanon are in a romantic relationship.

Report of The Times of India said that Krithi Sanon made headlines when she said in an interview that she ever gets a chance she would marry Prabhas. Bollywood life.com says that Prabhas and Kriti had sparked a loving chemistry at the teaser launch of Adipurush.

“The two were seen walking hand-in-hand, hugging and chatting with each other on stage. They were even seen smiling ans blushing while talking to each other. Kriti had even gave her pallu ro help Prabhas wipe out his sweat” said the report of Bollywood life. 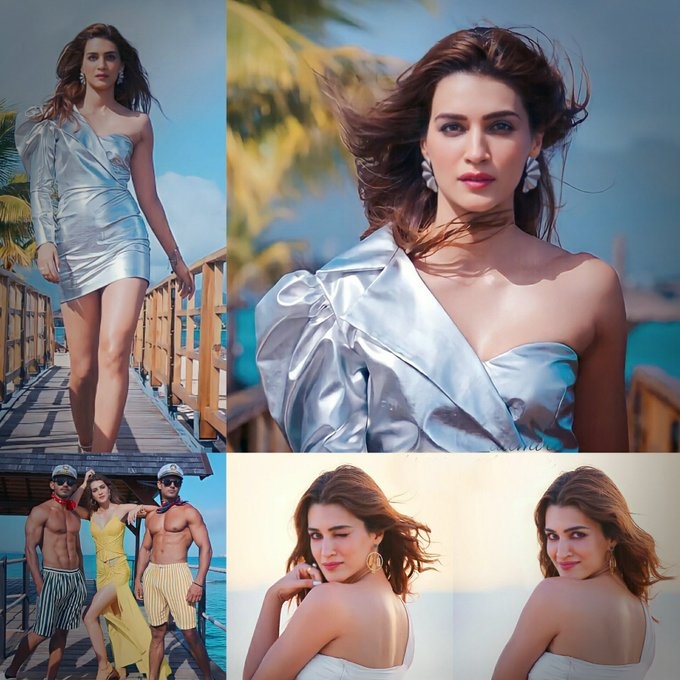 Now, reacting to the link-ups and relationship rumours with Prabhas, Kriti came up with a story in her official Instagram handle to clear the air. The actress said that Varun Dhawan’s funny banter led to rumours and trolled the portals that are ready to announce Kriti’s wedding as per their life.

“Its neither Pyaar, nor PR.. our Bhediya just went a little too wild on a reality show. And his fun banter lead to some Howl-arious rumours. Before some portal announces my wedding date let me burst your bubble. The rumours are
ABSOLUTELY baseless!” the actress wrote in her story space. 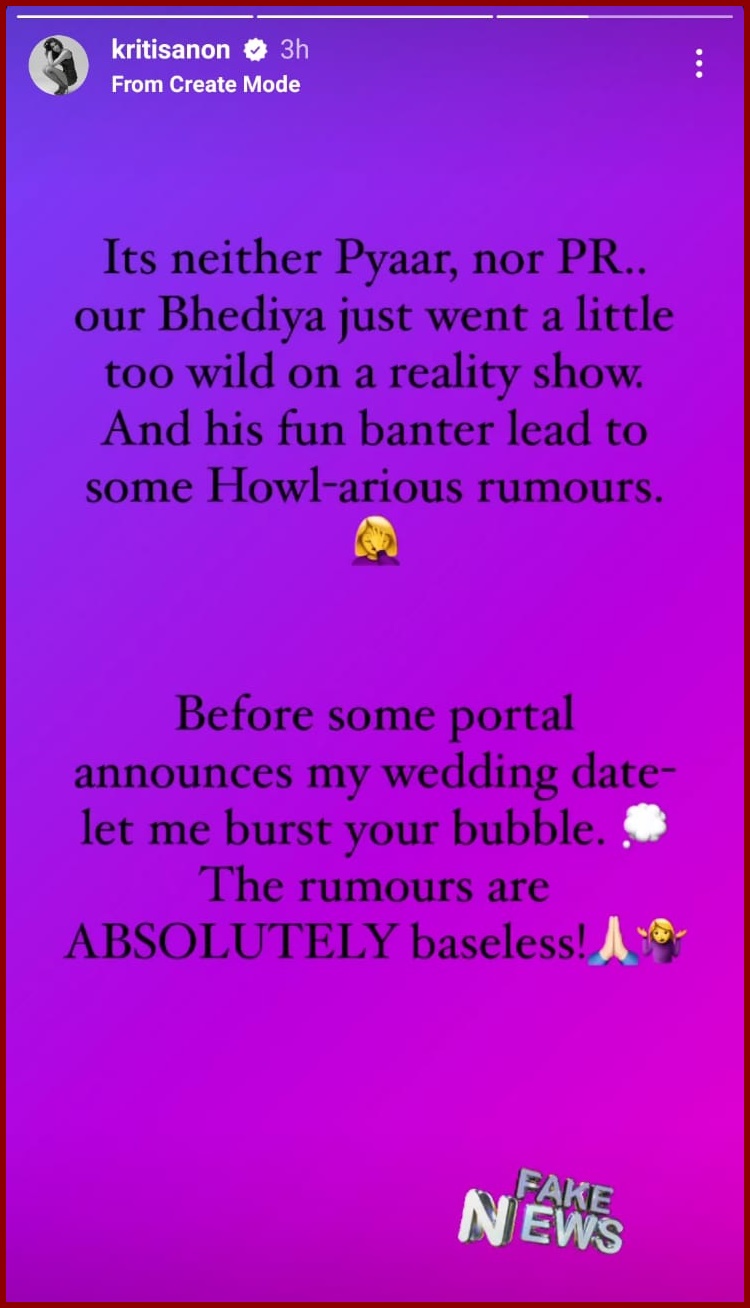 “Ganapath”, ” Shehzada” and “Adipurush” are the projects of Kriti that are awaiting for the release. Comment your views on the clarification made by the famous actress!!

Previous articleRapido Driver Gang Ra*ped Girl With His Friend After She Booked For A Ride!!
Next articleAshwin’s Savage Reply To A North Fan Who Tried To Troll Him Is Trending!!

Netizens Condemned Traffic Police For Behaving Rude To A Vehicle With Pregnant Lady !!

A viral video which shows a traffic police stopping an auto which has a pregnant lady as customer and demanding penalty of Rs. 1100...