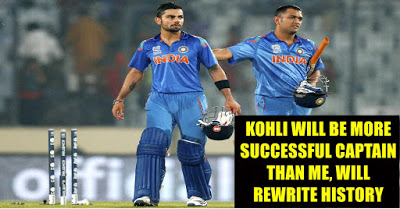 The Indian captain has his fans routing for him once again. He’s again proven he’s one of the more modest and humble persona out there.

“Virat and this team will win more games than me. I feel it will be the most successful team ever. That’s the kind of experience and potential they have. They have played in knockout tournaments, they have played under pressure. I firmly believe that this will be the team that will rewrite history. They will do very well.”

He also stated the circumstances under which he quit captaincy. According to him the decision was taken by him as soon as the South African tour has come to a close. He said he didn’t believe in split captaincy and he also persisted the council that the same person should be leading all three formats of the game.

He also mentioned that it’d be kind of informative to Kohli if he stays on the field when he is asked to step in as captain for the first time. He also mentioned that a wicket keeper is always considered as the vice captain of the team and he should be sure that his captain gets whatever he asks of. Dhoni also said this phase would be informative for Kohli as he would be happy to share his experience as a captain with the new skipper.

Also when he asked about whether he’d be batting up the order he quoted, “Whatever the demands of the team, I am ready to bat there.” An indication which states we’d see more of the old Dhoni soon. 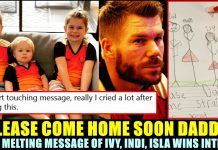 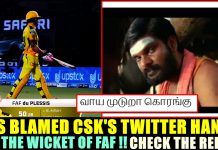 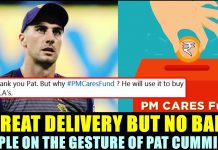