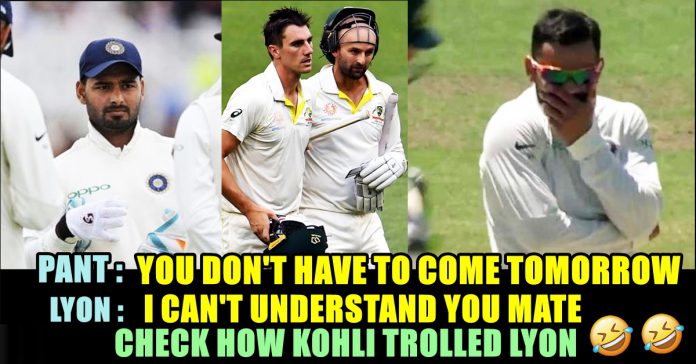 Kohli Joined Pant To Sledge Lyon !! His Response Will Make You Go ROFL !!

The ongoing Test series between Australia and India had anticipated witnessing some heated exchanges between the two sides. However, to our surprise, there have been some friendly banters between them. From Tim Paine and Virat Kohli to Tim Paine and Rohit Sharma, the focus has now shifted to another friendly conversation captured between nathan Lyon and Rishabh Pant. 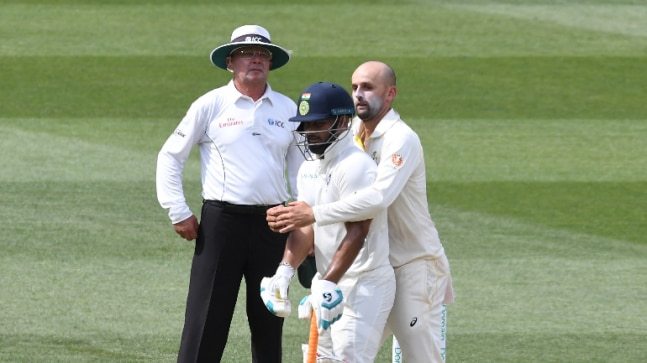 The Indian wicketkeeper has been active with his words since the first Test, having a go at the Australian batsmen by trying to divert their attention. The 21-year old had a conversation with the off-spinner which was caught on the stump mic wherein Pant was provoking Lyon to give his wicket so that he doesn’t have to come on day 5.
[wp_ad_camp_1]

The GOAT also replied to him in a friendly manner, continuing the conversation. Pant was quoted as saying “Come on Gary. You don’t want to come tomorrow for nothing.” To which the 31-year old chuckled and said, “I can’t even understand what you’re saying mate. I like you too Rishabh.”

This is when Kohli — who was fielding at leg slip — got involved and said to Pant jokingly: “Dil pe baat lag gayi lagta hai (he took offence to your words probably)”.

This wasn’t the first time in the day when Pant was heard talking to the batsman as before this, Aussie skipper Tim Paine was on the receiving end of some not-so-kind words from the India stumper. 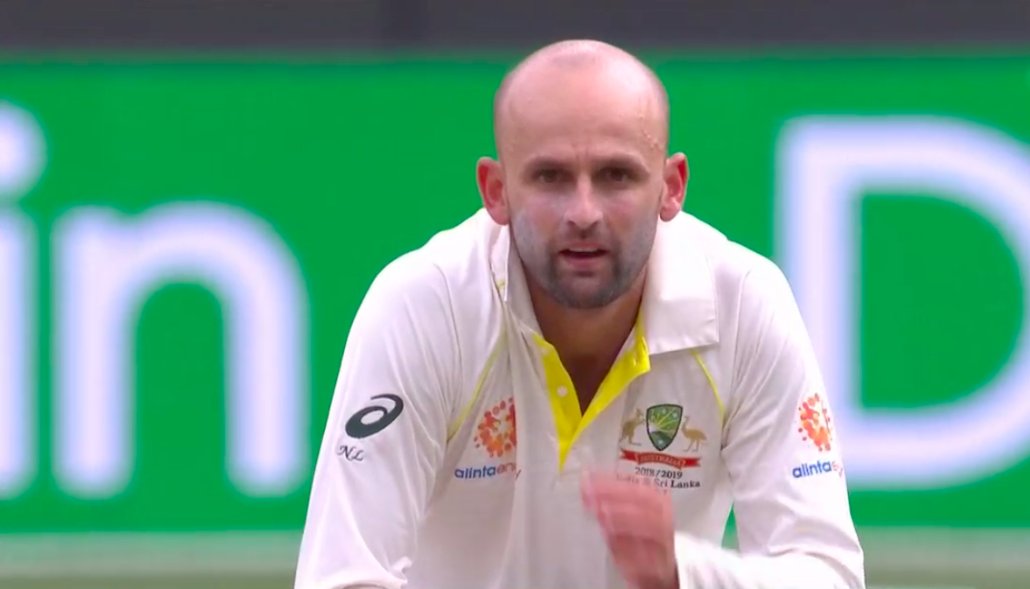 “Have you ever heard of a temporary captain, Mayank? Only thing Paine can do is talking, talking,” Pant was caught chirping by the stump microphone.

Nathan Lyon to Pant: I cant understand what you’re saying

Looks like @patcummins30 overheard what Pant said to Lyon.

He too doesn’t want to come back tomorrow #AUSvIND

Rishabh Pant to Nathan Lyon: We don’t want to come tomorrow for nothing.

Pant is firing behind the wicket😂
Pant to Lyon=come on Gajja😂😂ur loking serious ,u dont wanna come tommorrow for nothing😂😂#INDvAUS @cricbuzz

#IndvAus Hahahaha the best comment of all was from Virat today.

When pant was saying to lyon “ You don’t want to come tomorrow for nothing “
Lyon replied something.

Pant is asking why does Lyon want come tomorrow to bat! Haha.

Having set a mammoth target of 399, the hosts again succumbed cheaply with none of the batsmen making a substantial score. However, a resilient Pat Cummins forced India to take the encounter to day 5 where India need two wickets and Australia require 141 more runs to win.

There is also a rain forecast on day 5 but India will be hoping for some time of play to clean the tail lenders to secure a formidable 2-1 series lead with one to play. Earlier India elected to bat and declared the innings at 443 for the loss of seven wickets. 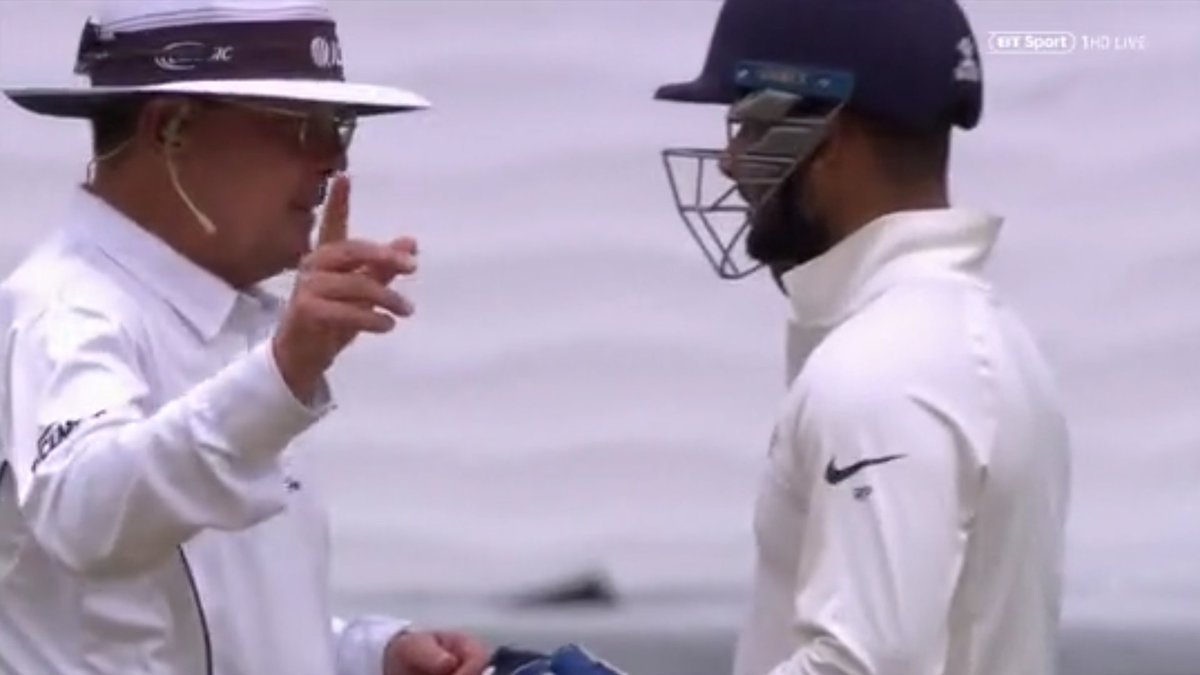 Chateswar Pujara top scored for India with 106 to his name. Australia crashed to 151 in their first innings, having conceded a lead of 292.
[wp_ad_camp_1]

Pat Cummins lad a late and an inspired fightback of the hosts with his fiery spell of bowling but India kept piling on the runs slowly and steadily.

Evicted contestant of this week in Bigg Boss season 3 has been revealed by several media houses. The 12th week of the Bigg Boss...