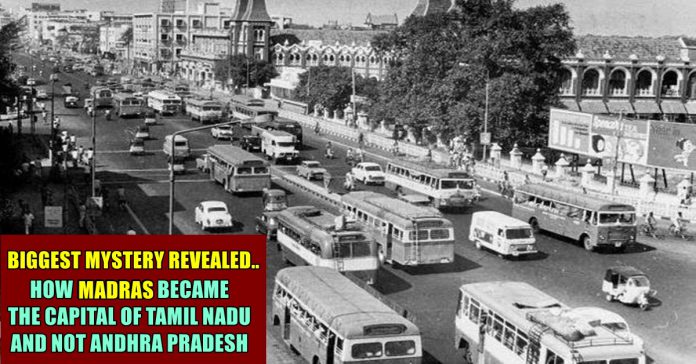 Know Why Chennai Became The Capital Of TN And Not Andhra Pradesh? Truth Revealed !

admin
April 2, 2016
Share
Facebook
Twitter
Pinterest
WhatsApp
In the late 1940s, when Potti Sreeramulu began protests to carve out a separate state for Telugu speaking people from the Madras presidency, he demanded(more like pitched in for a demand that had been there since 1920) that Madras be made the capital of Andhra. Though the then prime minister of India, Jawaharlal Nehru, favoured reorganisation of states based on administrative convenience rather than on linguistic lines, he promised Potti Sreeramulu a separate state, but there was little progress made because of the demand for Madras. Tamils were opposed to annexing Madras with Andhra and this led to stalemate. 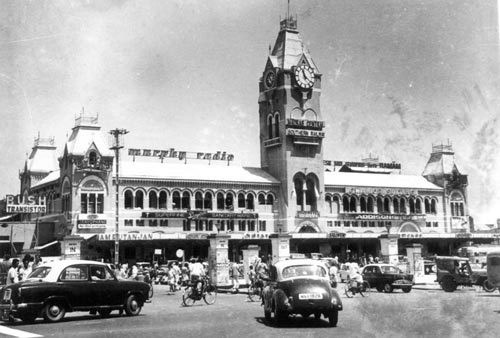 It was during this time, the Telugu leaders launched Madras Manade(Madras is ours, in Telugu) movement. Countering this, another movement was launched in Tamil Nadu by the organisation Tamil Arasu Kazhagam. It was called Madras Namade(Madras is ours, in Tamil). The Tamil Arasu Kazhagam under the leadership of its founder organised various protests and rally against annexing Madras with Andhra.
In 1948, INC appointed a Linguistic Provinces Committee comprising Jawaharlal Nehru, Vallabhai Patel and Pattabhi Sitaramayya(JVP committee). This committee recommended formation of Andhra without Madras. The reasoning behind this was to protect the interest of the majority(Chennai then had 70% Tamil speakers and 15% Telugu speakers) and to avoid an eternal clash between Andhra and Tamil Nadu.
[wp_ad_camp_1]
This was not acceptable to the Telugu leaders, at least to some from Rayalaseema. Especially, T. Prakasam from Andhra Kesari was very vocal about annexing Madras with Andhra. The rest of Andhra was content with the notion of a separate state over the demand for a faraway capital. If the demand was not unequivocal in Andhra, the determination was fractured in Tamil Nadu. While both the major parties INC and Dravida kazhagam did not spend much effort in the agitations, the communist were weak and worked under the leadership of Andhra communist. So, the whole burden of protecting Madras fell on the shoulders of Tamil Arasu Kazhagam.
[wp_ad_camp_1]
In 1952, more than 30 years after the demand for a separate state had been first raised and with the Andhra State still not granted, Potti Sreeramulu sat on a fast unto death on October 19, 1952. T. Prakasam convened an all party meeting in December 1952 and passed a resolution demanding Madras to be annexed with Andhra. However, the meeting did end on a sour note with communists passing a resolution to annex Madras to Andhra only after a referendum. It was when Potti Sreeramulu was on a hunger strike in Madras the founder of Tamil Arasu Kazhagam visited him to negotiate a deal. But talks failed when both the parties were not willing to concede Madras. Potti Sreeramulu died on December 15, 1952 without knowing the fate of his beloved Andhra. Four days of violence ensued. Normal life was disrupted in Chennai, Vijayawada, Guntur, Vishakapatam and many other places. On December 19, 1952 Nehru announced that Andhra was to be formed soon.
After the death of Potti Sreeramulu, the Madras Manade movement gained momentum mostly due to sympathy for Sreeramulu’s passing. But opposition from Tamil Nadu was strong. The founder of Tamil Arasu kazhagam met Nehru and presented historical facts and literary evidences to state why the cities of Madras, Thirupathi and Thiruthani should be annexed with Tamil Nadu. It is also said that Nehru read a impressive speech by the founder of Tamil Arasu kazhagam that strengthened his conviction. [wp_ad_camp_1]
On October 1, 1953, Andhra was carved out of Madras presidency, but without Madras. Thirupathi was annexed with Andhra while Thiruthani remained with Tamil Nadu. And the man behind winning Madras for Tamil Nadu, the founder of Tamil Arasu kazhagam was Ma. Po. Sivagnanam(Ma. Po. Si.) It was his sheer determination that made sure Madras remained with Tamil Nadu.
தலை கொடுத்தேனும் தலைநகரைக் காப்போம், வேங்கடத்தை விடமாட்டோம்(We shall protect our capital even if we lose our heads and we will not give up Thirupathi – Famous quote of the man.
Other achievements of Ma.Po.Si:

– A renowned Tamil scholar, Ma. Po. Si has written commentaries on Silapathikaram, one of five epics in Tamil. He even conducted a Silapathikaram Vizha in 1950 to spread the merits of the epic and earned the title Silambu Selvar.

– Ma. Po. Si. was greatly inspired by freedom fighters like Veerpandia Kattabomman, V.O.Chidambaram Pillai and Subramanya Bharathiyar. He has authored many books on these freedom fighters. Especially the biography of V.O.C titled kappalottiya Thamizhan is one of the gems of his work. This was later made into a movie.

– After a lot of struggle and infighting withing the Congress, Ma.Po.Si managed to get their approval to install a statue of V.O.C. in Chennai (The relationship between V.O.C and Congress turned sour after Congress failed to support V.O.C and his movement in the fight for freedom. After having spent all his younger years serving Congress, V.O.C felt abandoned and severed his ties with the Congress.

– Ma. Po. Si played a very important role in determining the boundaries of present day Tamil Nadu. Though he lost his battle for Thirupathi, he won Thiruthani and Madras. He also won his battle with Kerala by securing Kanyakumari and Sengottai for Tamil Nadu.

– He also took part in agitations to rename Madras presidency as Tamil Nadu.

“There Is No Tamil Language Without Hindu Religion” – H. Raja While Promoting “Ruthra Thaandavam”

BJP politician H. Raja claimed that there is no Tamil language without Hindu religion in a press meet that took place to promote the...