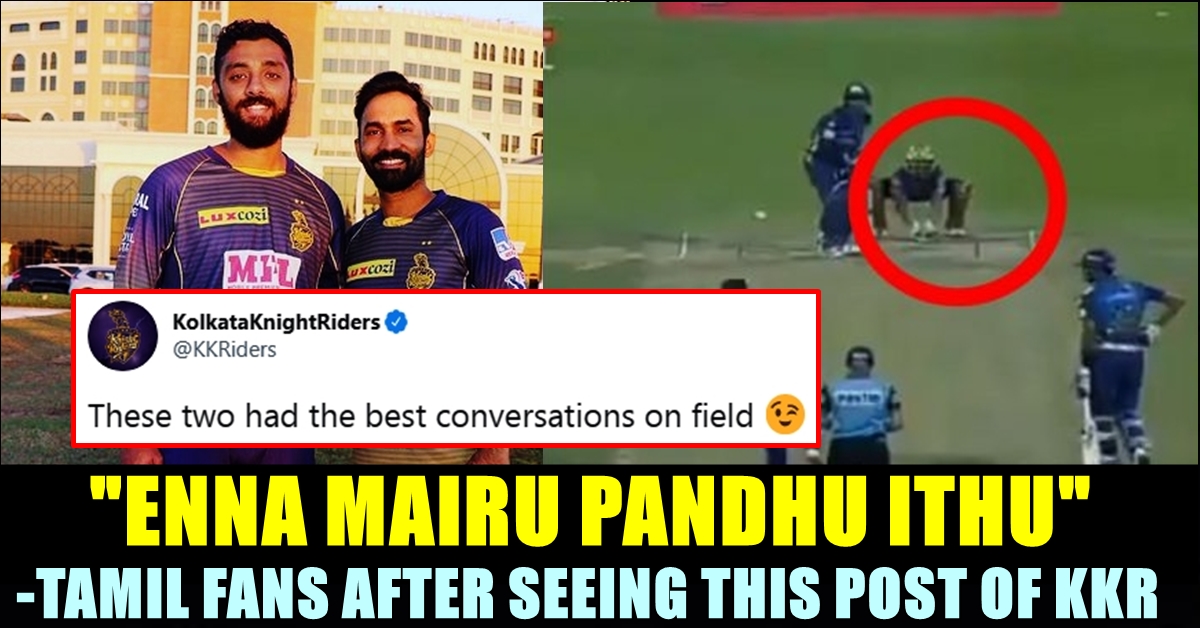 Social media handles of IPL teams are busy cherishing the lovely moments of the IPL 2020 as the tournament is nearing the end. With just three games to go to discover the winner of the ongoing season, teams started capturing group pictures to share it in their social media handles for their fans. Team Kolkata knight riders who lost their playoffs chance to Sunrisers Hyderabad due to less net run rate, are trying to overcome the trauma. After losing a league match against Chennai Super Kings, KKR waited for RCB to lose before 18 overs to Delhi Capitals. However, the team lost in the 19th over and shattered the dreams of KKR.

However, the team which was led by England captain Morgan, didn’t express anything about the results of other matches which caused their climax in the tournament. Now, the team’s official twitter handle is busy engaging their fans with posts.

It's been a season of highs and lows. But we never stopped believing 💜#KKR #Dream11IPL pic.twitter.com/P6buwWXLWm

The most special post from the social media handle came, when they tweeted about the candid chat of Dinesh Karthik and Varun Chakravarthy during the matches which was caught on the stump mic. More than the fans of KKR, it related more to the fans of Tamil nadu as they used language Tamil to communicate with each other on field.

“These two had the best conversations on field” read the caption of KKR’ post in which Dinesh Karthik and Varun Chakravarthy striked a pose together.

Above all the one liners that were uttered by Dinesh from behind the stumps throughout the season, what came to the mind of fans immediately was that “Enna Mairu Panthu ithu” incident. During the match between Kolkata Knight Riders and Mumbai Indians, Dinesh who has been interacting with Varun Chakravarty in Tamil language, criticized a ball bowled by him like a typical street cricketer from Chennai locality and made the headlines for it.

Kolkata Knight Riders desperately needed a couple of quick wickets to give a come back into the game. At that time, Varun, a Tamil speaking leg spinner, bowled a length delivery which went outside the off stump. De Kock who was going well, nicely pushed it to the leg side to keep the strike for the next over.

Dejected Karthick, to express his disappointment towards the particular delivery, said “Enna Mayiru Panthu Ithu” (What kind of a terrible delivery this is ? ) to Varun Chakravarty which was caught on the stump mic.

Watch the video below with headset :

Check out the reactions that were surfaced in the recent post of KKR here :

Watch the compilation video of the duo made by Star sports Tamil :