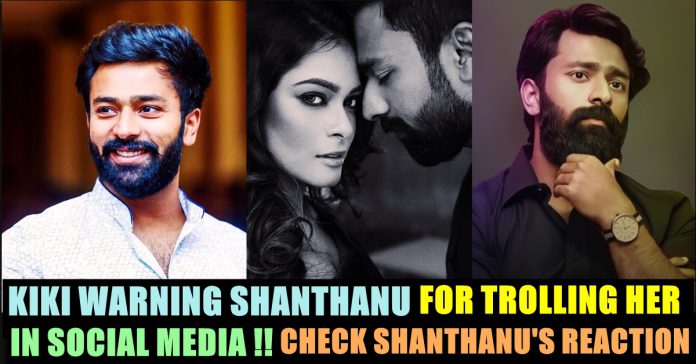 Shanthanu Bhagyaraj and Kiki Vijay are one of the many Kollywood couple who are very much active in social media. Known for their appearance in Television and Cinema both of them posted many lovable pictures of them since their marriage which happened in 2015. 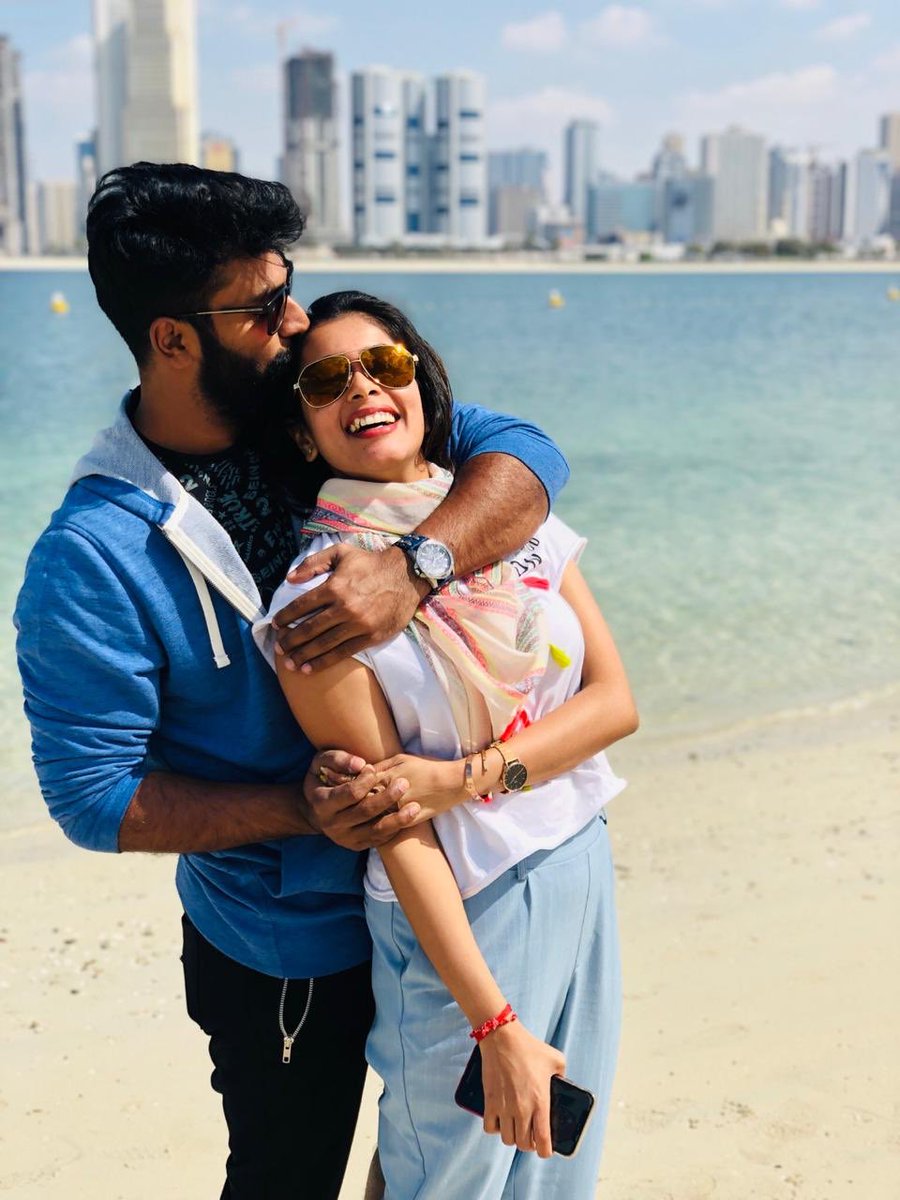 Shanthanu recently posted his 10 years challenge which was hilarious to the core. The challenge showed the actor with many girls 10 years before and with Kiki now.

For this tweet itself Kiki warned Shanthanu in funny way back the :

Now Shanthanu has posted a Dubsmash with his wife in his official twitter account. They did the dubsmash of Nanum Rowdy Thaan movie dialogue in which Nayanthara would ask Vijay Sethupathi about how to kill someone. RJ Balaji would interrupt and troll her in the movie. Shanthanu and Kiki did the same with hilarious reactions. 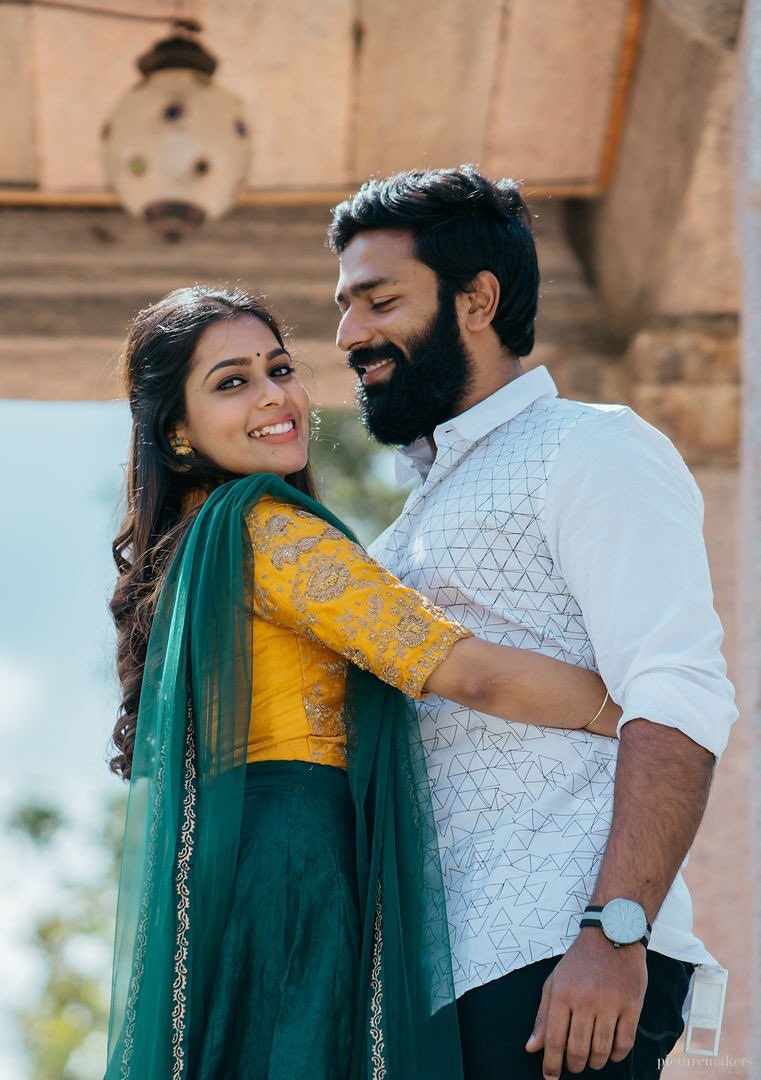 Shanthanu uploaded the dubsmash with the caption “When acting becomes real 😂😂😂”

For this video Kiki reacted with a warning. In a humorous way Keerthi wrote “Wen actin becomes realll😯😅veetuku vaanga pesikaaturen😏🤣😂😅😜 “

Shanthanu who became Meme creator all of a sudden, replied for this with a Vadivelu GIF :

Keerthi is the daughter of famous choreographer Jayanthi Vijayakumar and is popular as an anchor on television show “Maanada Mayilaadu”, which is aired in Kalaignar TV.

Shanthanu Bhagyaraj is the son of actor-director K Bhagyaraj and Poornima. He has acted in several Kollywood films who recently seen in the film “Mupparimanam”. He is currently busy with his “Amali Thumali”. 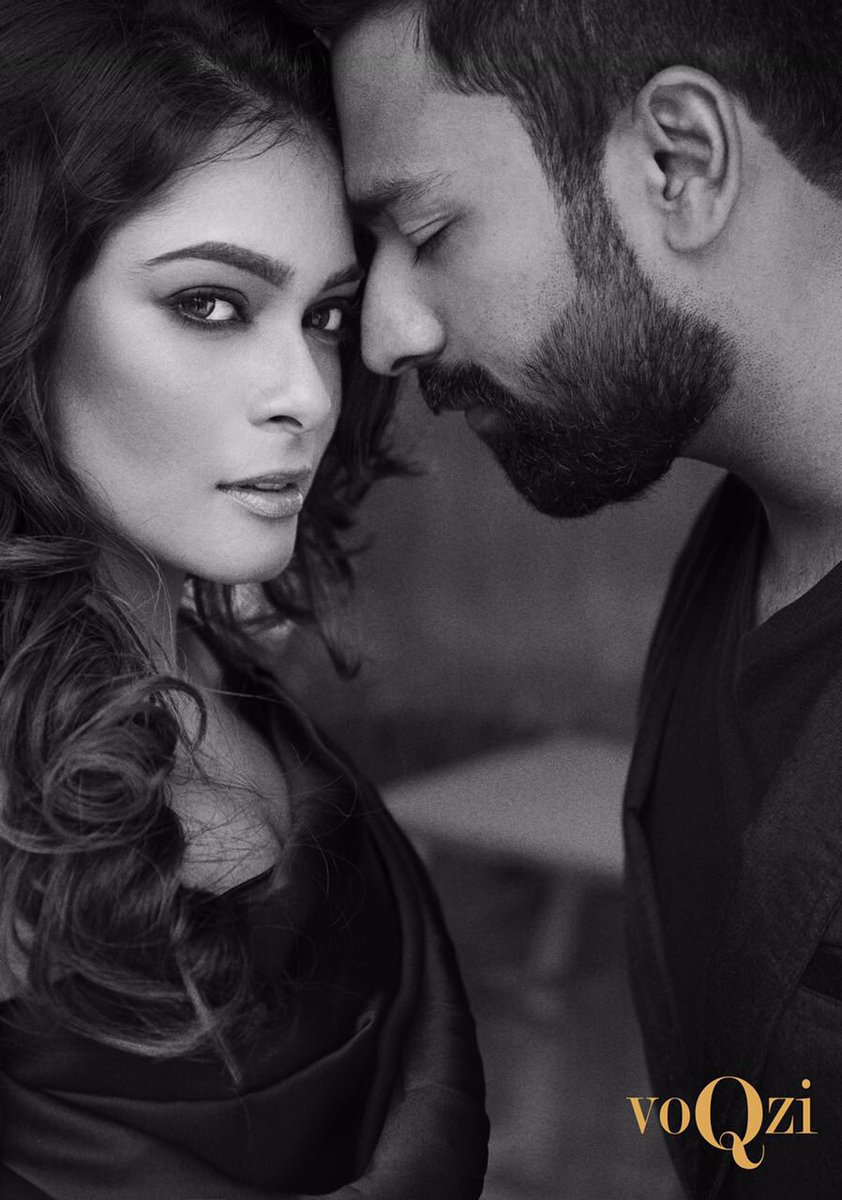 The coolest couples  in the Tamil Industry has done an album called “Lipstick,” and it reached more than Million views on Youtube within a short period. She currently anchoring Namma Ooru Coloru reality show and Dance Vs Dance dance reality show along with Mirchi Vijay in Colors Tamil.

Archana Chandhoke got officially evicted from the season four of Kamal Haasan hosting Bigg Boss show. She who got nominated with Aari, Shivani, Somashekar,...