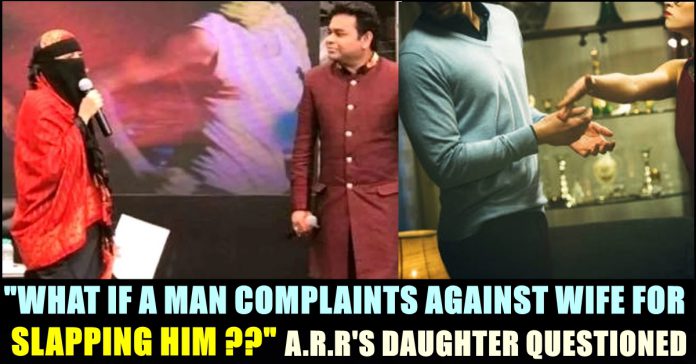 Many cases of domestic violence against women are surfacing in daily basis as the whole country is in lockdown. Recently a 31 year old Bangalore based woman seeked police help to save her from her husband who stopped taking bath since the lockdown started. She alleged that her husband is forcing her to have sex with him. Another woman in Banaswadi assaulted by her husband and thrown out of house for not making Briyani. She also approached Parihar’s help complaining about the increased workload during this lockdown. As such crimes are constantly taking place in our country, a Facebook post of a marriage therapist named as Shamseddin Giwa is being widely shared by the users of the social media platform.

In his post, Sham, to the contrary of the above mentioned cases, asked what if a man complaints to police alleging that his wife slapped him. He said that it doesn’t look that complicated if a woman made a same complaint against her husband. He sarcastically mocked the fact that the world is being called as a “Man’s world” after making his statement.

“A world where you are an animal if you hit a woman, no questions asked, but when she hits you “she’s just a woman” and you are expected to “be a man”, no questions asked. A world where you cannot even speak out about it for the fear of being laughed at and crushed by people including women.” he wrote in his post and also asked his followers to imagine a situation where a man making complaint in Police station against his wife for slapping him. He depicted the fact that he will be laughed at in the police station by the police officers.

This post received wide attention as daughter of A.R Rahman, an Academy award winning music composer, Khatija Rahman shared it in her official Instagram account. Khatija is known for speaking her heart out which is evident through an incident where she slammed a popular Bangladesh-Swedish writer,Taslima Nasreen. The writer criticized Khatija for wearing burqa in public places only to get a fitting reply from Khatija who said that it is her own choice. (Also Read : A.R Rahman’s Daughter Replied To Criticisms !!)

Now, once again Khatija proved that she stands for equality through her Instagram activity. Check out the screenshot of her story here :

If your wife has hit you on the back hard multiple times, slapped your face leaving marks, screams and yells at you despite you telling her not to over and over again because it feels like a knife stabbing your heart, should you divorce her because she is physically and emotionally abusive? The funny thing is people think men getting hit is extremely rare, it's not rare, they just don't talk about it for fear of "What will society think"… Double standards is something we should be fighting against because it's just a sad situation. #divorcedmuslimman#khula#divorcedinislam#sabr#talaq#divorcedmuslimah#divorcedmuslima#divorcedmuslim#doublestandard#khulaa#talaaq#divorceinislam#poligonnational#poligoneducationfund#abusedmuslimah#abusedmuslim

Comment your views on this double standards that is taking place in our society for a long time without even being considered as an issue !!

For constantly raising voice against women harassment and sexual abuse, Singer and #MeToo activist Chinmayi has been receiving rape and murder threats through social...

For sharing a jaw dropping video of a monstrous shark jumping out of the water to take down a helicopter, Former Puducherry Governor Kiran...

As Nayanthara appeared in the Zee Cine Awards 2020 without Vignesh Shivan, rumours started floating that the couple has parted with each other. After...