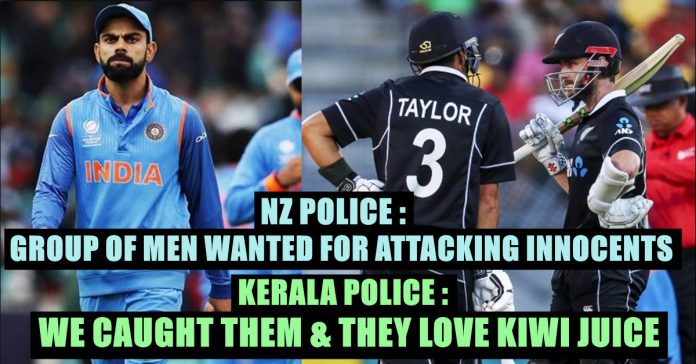 Team India drew the curtains on the five-match ODI series against New Zealand in style on Sunday defeating the Black Caps by 35 runs, and winning the series 4-1, its biggest series victory in the island nation. The victory led to a meme fest, but one that stood out was from the Kerala Police, which came in response to a post by a unit of New Zealand’s police. Much like the Eastern District Police’s viral Facebook post—after the second ODI in the series—the Kerala Police post had a photo of victorious Indian team with the caption ‘Most Wanted’.

When the Indian team was leading the series by 2-0, Eastern District Police of New Zealand came up with a funny warning for its citizens in which it alerted them against team India and posted their group photo with caption, 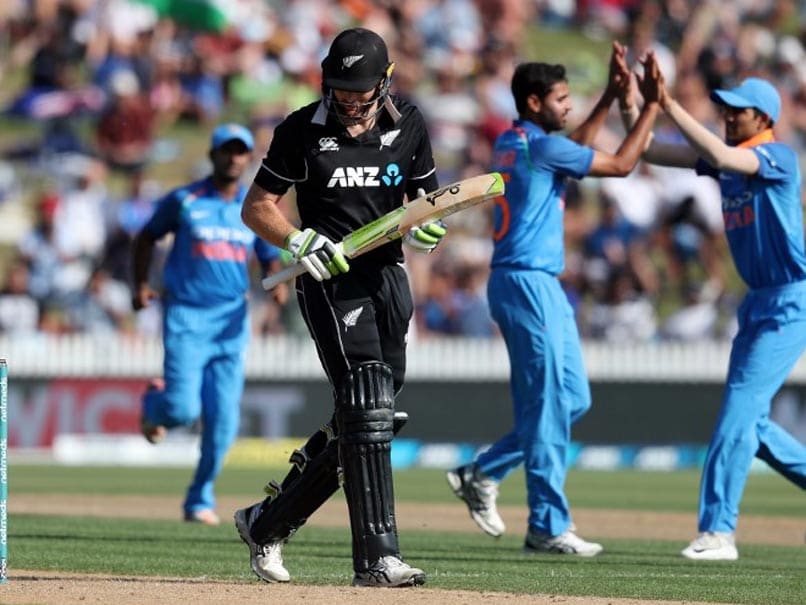 “Police would like to issue a warning to members of the public about the exploits of a group touring the country at the moment. Witnesses report seeing this group badly assault an innocent looking bunch of New Zealanders in both Napier and Mt Maunganui in the last week. Extra care should be taken if you are carrying anything that looks like a cricket bat or ball.😉”

Now Kerala Police has taken to the social media site and posted a photo of the Indian team in which “Most Wanted” is written. Taking a cue from the post of New Zealand Police, Kerala Police wrote in their post that a group of Indians has thrashed the innocent New Zealanders and they have found that these men like Kiwi Juice.

Check out the meme shared by Kerala Police: 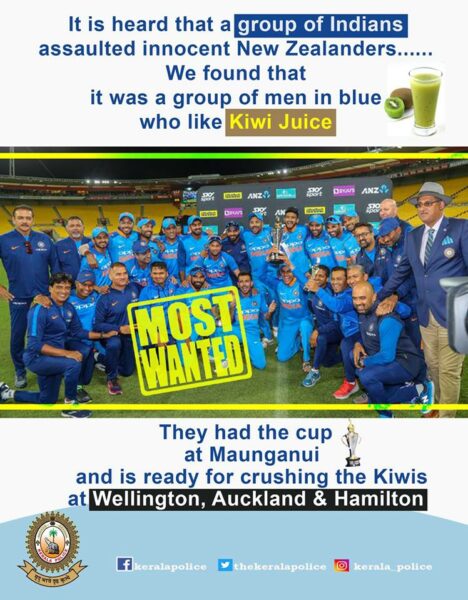 “It is heard that a group of Indians assaulted the innocent New Zealanders… We found that it was a group of men in blue who like kiwi juice,” the post said.

And if that wasn’t enough, the hilarious post also warned the home team about the upcoming T20 matches. “They had a cup at Maunganui and is ready for crushing the Kiwis at Wellington, Auckland & Hamilton,” the post said. The three venues are where the three T20 matches will be played.

If you can do it, we can do it better, seems to be the message the Kerala Police are trying to send across to their counterparts in New Zealand.

Previous articleVideo Of Viewer Talking About Johnny Sins To Sun Music Anchor On Live Goes Viral !!
Next article90’s Kids Rumours Hashtag Ruling The Internet !! Check Out Some Of The Best Here !!

Srimathi's mother Selvi, in a recent interaction with a television channel, has revealed that her daughter was an ardent fan of actor Vijay and...

New zealand humiliated India by winning the first test match by having 10 wickets in hand. Now, as the fans are expecting India to...

Not many days ago, a report on a 10 year old kid who refused to get treatment at Royapettah Government hospital in Chennai, letting...