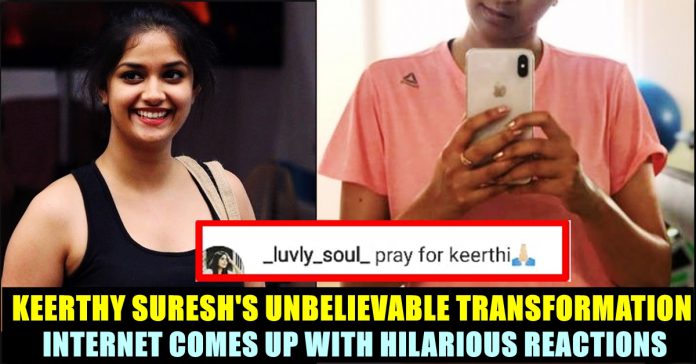 Keerthy Suresh is an Indian film actress who appears in Tamil, Telugu and Malayalam films. Post the success of Mahanati, Telugu and Tamil actress Keerthy Suresh now has a handful of projects in both the languages. Keerthy will also make her debut in Bollywood with Ajay Devgn’s film which will be a sports period drama. Recently, Keerthy Suresh inaugurated a shopping center in Chennai and the actress posted few pictures from the event. And her transformation is unbelievable. 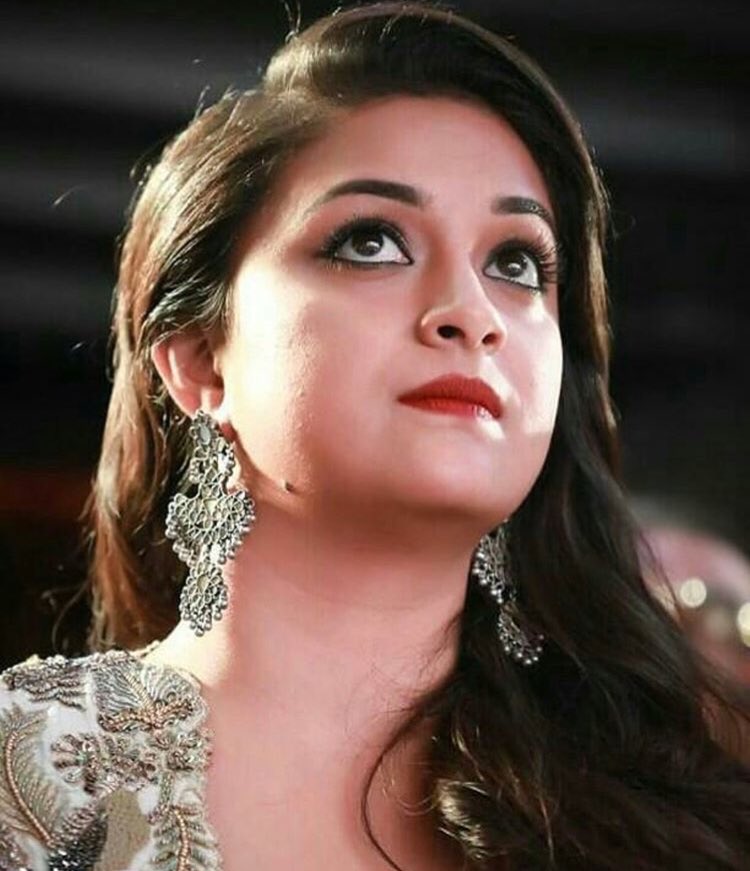 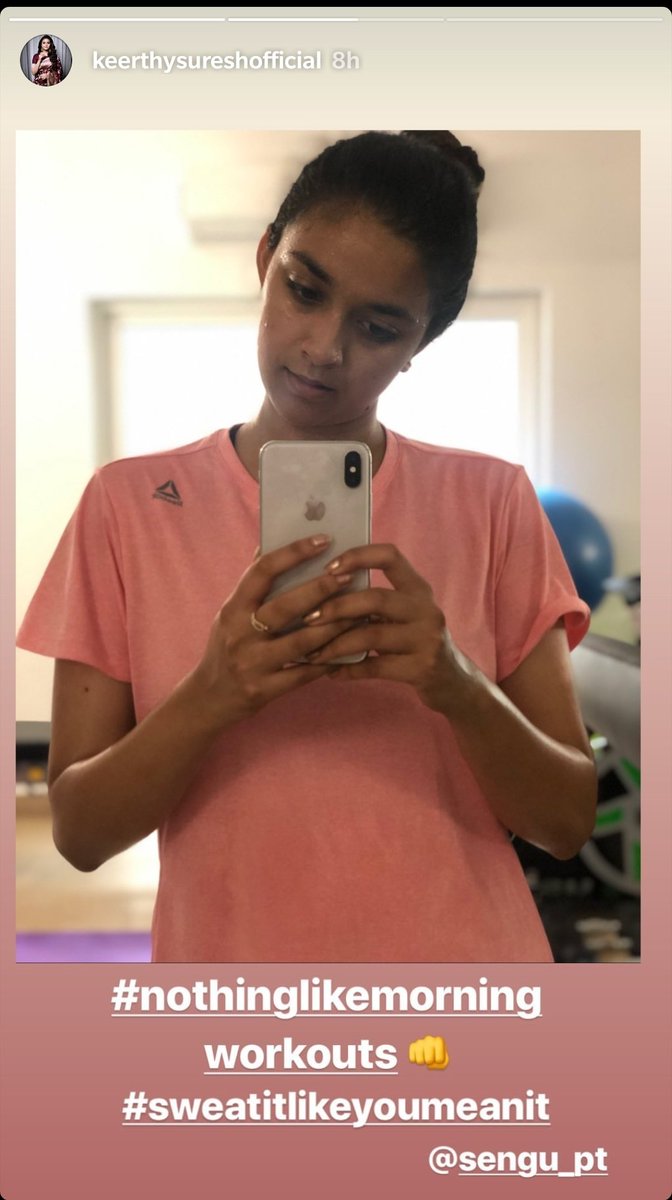 The actress shared her no makeup workout selfie and well, it is commendable. While celebrities choose to flaunt their all-glam gym looks on social media, Keerthy is just being herself. She is sweating out in the gym and her selfie is winning our hearts. She captioned it, “#Nothinglikemorning #workouts.” During one of the interviews a few years ago, the sassy lady revealed that she prefers a ‘no makeup look’ on a normal day.

Meanwhile many Netizens could keep calm after seeing the transformation. Check out some of their reactions here :

Keerthy was last seen in Sarkar which featured Vijay in lead role and was directed by AR Murugadoss. Although a brief role, Keerthy shined bright in her part and left her fans impressed. Keerthy will also collaborate with acclaimed filmmaker Nagesh Kukunoor for next project and has already begun shooting for her portions. Keerthy will also be seen in Mohanlal-starrer Malayalam film Marakkar: Arabikadalinte Simham. The Thaana Serndha Koottam actress will be seen playing a brief role in the film and has already shot for few portions in the film. 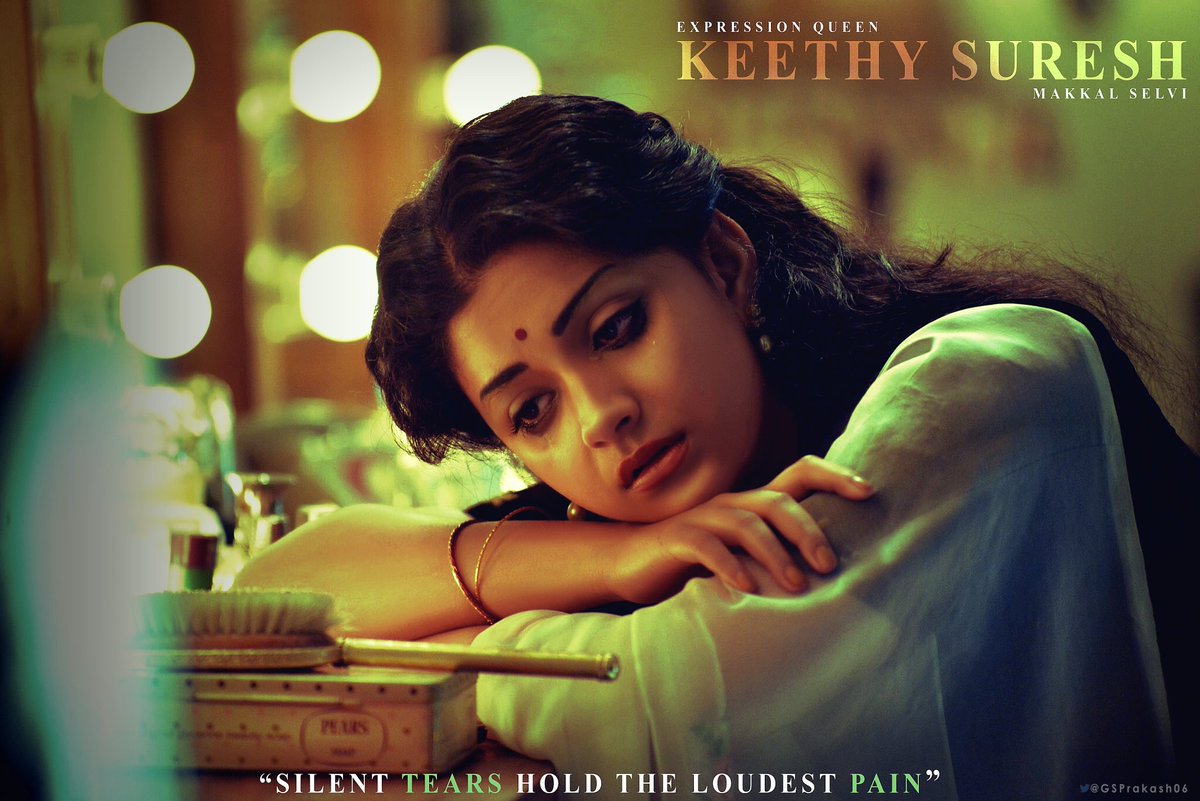 Keerthy is one of the few actresses who enjoys fandom in both Telugu and Tamil. In a short span of time, Keerthy has risen through the ranks and has worked with most of the top stars in Tamil like Suriya, Vikram and Vijay. In Telugu, Keerthy has worked with Pawan Kalyan in Agnyathavaasi and is most sought-after actress presently.

What do you think on this transformation of Keerthy Suresh ?? Comment your views below !!

Previous articleGayathri Raguramm & Kushboo Trolling Each Other Over Nesamani Trend !! Check Out !!
Next articleFor The First Time, Kajal Agarwal Posted Her Picture Without Make Up !! Her Followers Lauding !!

Madan Gowri, a popular Tamil vlogger who is very much known for his infotainment focused videos in Youtube, enjoys more than 32 lakh subscribers...