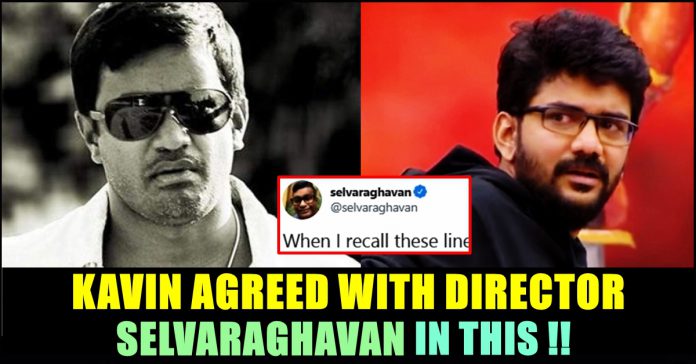 Pudhupettai directed by Selvaraghavan is undeniably one of the important gangster flick of Tamil cinema. The film which is not a box office hit received cult follow from the Tamil audience after years of its release. Selvaraghavan called the film “an experiment” and stated it had “one of the most complicated screenplays”, while revealing he was more nervous about the final product than his previous ventures.

Not only the plot and screenplay, even the music and songs the film contained are impactful and are still ruling the playlists of many youngsters. One of the song which didn’t feature in the film is “Oru Naalil” written by lyricist Na. Muthukumar, composed and sung by Yuvan Shankar raja.

The song is considered as one of the best motivational Tamil songs ever produced. The soul stirring lyrics of Muthukumar and heart melting voice of Yuvan Shankar raja would boost a human for sure, no matter how depressed he is. Watch and listen to the song below :

Selvaraghavan, the director of the film yesterday decided to share a couple of lines from the song in his official twitter account to make his followers know what life is all about. “When I recall these lines I realise how true they are “இருட்டினிலே நீ நடக்கையிலே உன் நிழலும் உன்னை விட்டு விலகி விடும். நீ மட்டும்தான் இந்த உலகத்திலே உனக்கு துணை என்று விளங்கி விடும் “You should look in to yourself for all the answers., strength ,thrive to fight more and comfort.” the tweet he posted said.

On seeing this tweet from the maker himself, many fans of the song got excited and shared their thoughts on the song. This tweet attracted more than 10 thousand loves and is being shared by thousands of his followers including actor Kavin.

He shared the tweet with a hashtag saying #life in a way of agreeing to the ace filmmaker’s opinion.

Being one of the iconic director’s of Tamil cinema, Selva was directed Irandam Ulagam with Arya in 2013. After 6 long years, the director came up with NGK, having Surya in the lead which was released in May 31 of 2019. His shelved project Nenjam Marappathillai which had SJ Suryah in the lead is expected to release soon.