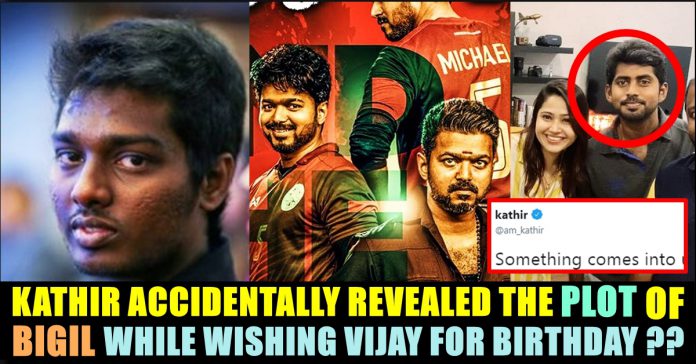 Vijay’s ardent fans are kicked about his 45th birthday, which falls today. They have already started the celebrations by trending various hashtags related to Vijay’s birthday on Twitter. Collectively, his followers have been excited about the title and two posters  of his upcoming film with director Atlee.

As first look released yesterday at 6 PM, the second look poster released exactly on the birthday of the protagonist. Check out the two posters here :

On this special day of his birthday, many fans and celebrities wished Vijay to have a very happy and prosperous life ahead. Kathir, the co-actor of Vijay in BIGIL also wished the actor on his birthday with the hashtag #HBDEminentVijay. But the one thing that requires to be looked close is what Kathir wrote while wishing his Co-Star. 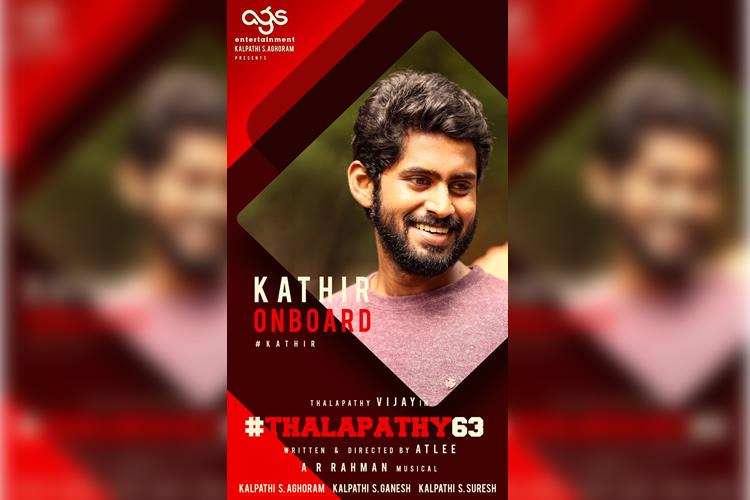 The posters which were released by the film crew doubled the expectation of the much expected Vijay starrer. One can evidently see in social media platforms, many fans speculating the story of the movie after seeing the posters in which Vijay is seen donning many getups.

Confused fans even had arguments over if the actor is single action or double action in the movie. Unlike other crew members of BIGIL such as Atlee, Kalpathi Archana, Vivek Lyricist, Kathir while wishing Vijay gave a fair amount of clue for the fans about the plot line of the movie. 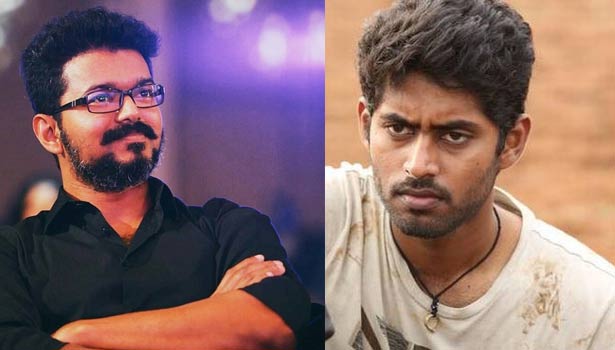 In his tweet he wrote “Something comes into ur life so unexpectedly & takes ur heart by surprise and change ur life forever which u have never dreamt off that’s our #BIGIL !”

Everything he mentioned in his tweet might happen to Michael (Vijay), the protagonist of the movie. Kathir might have also wrote about his character in the movie which gives us completely a different perception. Both Being a football aspirants, the surprise Kathir mentioned could happen to both of them as well. As we all aware of the rumours about  Shah Rukh Khan being part of the cast of BIGIL, the surprise Kathir addressing might come through him.

Something comes into ur life so unexpectedly & takes ur heart by surprise and change ur life forever which u have never dreamt off that’s our #BIGIL ! Happy Birthday my dear @actorvijay anna! Love u & thank u & @Atlee_dir na for the lovely moments! #Bigil2ndLook #HBDEminemVijay pic.twitter.com/s9qa5zNwko

However we have wait till Diwali to get a clear idea about this tweet of Kathir. As the tagline of the movie suggests us to expect the unexpected, Let’s keep guessing for the surprises till the movie’s arrival.

Previous articleAjith Fan Tried To Troll Shanthanu For Wishing Actor Vijay !! Here’s What Happened Next !!
Next articleDirector/Actor Parthiban Shared His Whatsapp Chat With Thalapathy Vijay On His Birthday !! Check Out !!

At the beginning of 2017, S. Dhasvanth was just another unemployed youth after an engineering degree. In a year’s time, the 24-year-old man was...

Priya Prakash Varrier who rose to fame with just winking and fire gun kissing expression and she became an overnight internet sensation with millions...