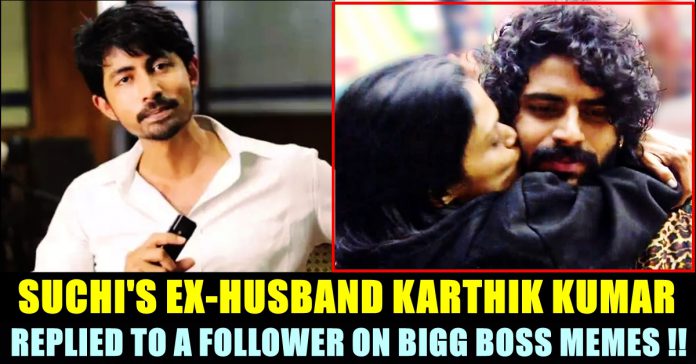 Suchithra who is popularly known as a playback singer and Radio jockey, participated in the Kamal Haasan hosted Bigg Boss reality show as a wildcard entrant. She couldn’t be eliminated from the show in the first week and the participants were restricted to nominate her in the nomination process. Now, she got nominated for the elimination with 9 votes.

Suchi who was in the limelight few years ago for all the wrong reasons, recently received appreciation from the public for raising her voice by calling out the police officials who tortured and killed Father and son duo in the Sathankulam town of Thoothukodi district. Her awareness video which was made in English language got global attention as high profile Indian celebrities shared it by expressing their opinions.

Now, through her Bigg Boss stint, Suchi is grabbing the headlines again. In the first week she entered, she was supposed to play a judge role and got criticized by the followers of the Bigg Boss show who believed that she is behaving “biased”. After that, her participation didn’t make much impact in the house other than showing her support to Balaji Murugadoss, a male contestant which gained her the highest number of nominations.

Now, replying to the question shot by the Instagram user in his Question and Answer session, Karthik made an answer saying that he thinks of his ex very highly. The former actor also said that he is very fond of her. Karthik said that people who are commenting on her character didn’t really know about her but still thinking that they do.

“My ex wife is someone I think highly of and am very fond of. None of you know her although you all think you do”. his answer to the follower read. Check out the screenshot below :

Karthick also updated that he will be debuting as a director soon through a film named as “Super senior heroes”. When a follower asked him whether he is a good or bad, Karthik replied saying that was a good man once but became bad now. About Bigg Boss show, the “Yaradee nee mohini” actor said “A scary reflection of ourselves to ourselves”

Swipe his post below to know the answers he made to other questions of his Instagram followers :

These answers from Karthik impressed many of his 53,000 followers. “u didn’t bitch about suchi when the negative people expected it a lot😁 …. Ur a gentle man 😍 I love you karthik” said a female follower of him. As far as Bigg Boss elimination is concerned, Suchi is highly expected to get evicted on this week due to her below par performance in the show.

Previous articleSushant Singh Rajput Fans Slammed Ranveer After Seeing This Advertisement Of Him !! Company Clarifies
Next articleSuriya Got Emotional On Hearing These Words From Director Vasanth !!