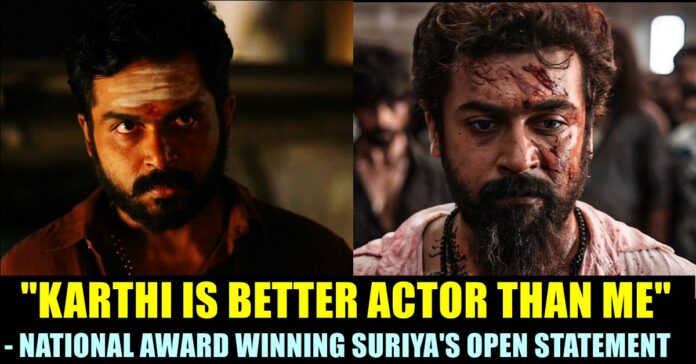 In the trailer launch event of “Viruman” which took place at Madurai, actor Suriya who bankrolled the film through his 2D Entertainment, has generously said that his brother Karthi is a better actor than him and he is ready to state it in any stage. Karthi who was standing aside, gestured as if he didn’t like the compliment from his elder brother as he seemingly believes the vice versa.

Watch the trailer of Viruman below :

“Viruman” is an upcoming film directed by Mutthaiyah of “Kutty Puli”, “Komban” fame. The film marks the debut of Adhithi Shankar, director Shankar’s daughter and Yuvan Shankar Raja has composed the music. Karthi and Yuvan combo is known for their chartbuster albums such as “Paruthiveeran’, “Paiya” “Naan Mahaan Alla” and few others. Soori, Karunas, Rajkiran, Vaiyapuri, Ilavarasu, Prakash Raj, RK Suresh has joined the supporting cast of the film, cinematography and editing of which was done by Selvakumar S and Venkat Rajeen respectively.

In the event, Suriya mentioned the entire cast and crew to thank them for being a part of his project. The actor who recently received national award for his acting in “Soorarai Pottru”, talked about the cameo he played in “Vikram”, Karthi’s role as “Dilli” in the LCU universe and the aspects of “Viruman” movie which is going to hit the big screens on 12th of August.

After talking about each and every artist and technicians of the film, Suriya expressed his admiration towards his brother Karthi who debuted through “Paruthiveeran” in film industry. Suriya said that Karthi is much more dedicated and passionate compared to himself as far as cinema industry is concerned. 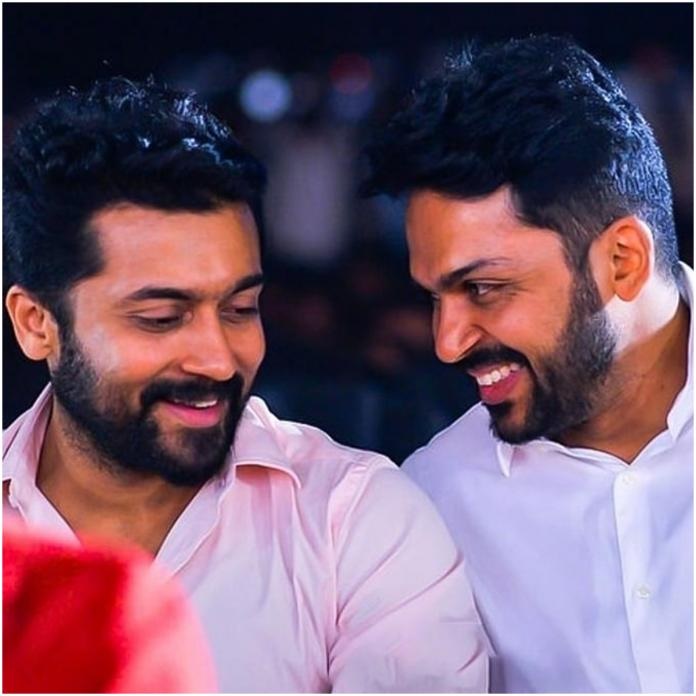 “I could have entered cinema before him but the one who thinks about cinema more and spends more time for cinema and cinema industry is Karthi” said Suriya in the event. “I myself don’t want to keep appreciating him” said Suriya and made the statement about Karthi being a better actor than himself.

“Karthi is a better actor than myself and I could say it anywhere openly” said Suriya to which Karthi responded with a denial. Further Suriya said that both Karthi and Yuvan are brothers to him and they deserve the victory. The actor also thanked the fans for their reception after it was announced that he won the national award for “Soorarai Pottru”.

Previous articleNew CCTV Footage Of Srimathi Being Carried From The Spot Surfaced !! WATCH
Next articleVadivelu Walked Out Of “Padikadhavan” Because Of Dhanush?? Watch

A man has refused to pay the cash that was mistakenly deposited in his account. He also refuses to give the money back. An...