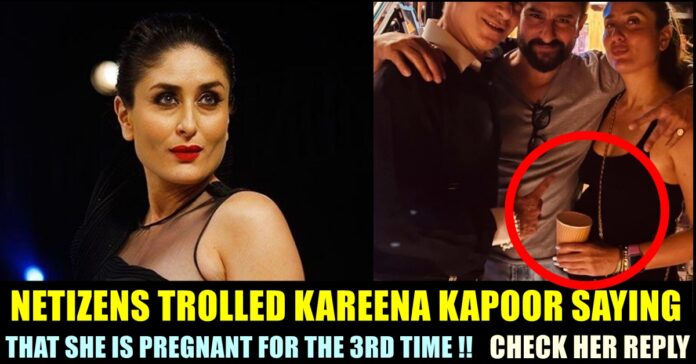 After a picture of herself with her husband Saif Ali Khan went viral in social media platforms, users of online platforms started speculating that she is pregnant, on seeing her bloated stomach. On Thursday, the actress came up with a story in her official Instagram handle, humorously brushing off the rumours by saying it’s just pasta and wine, not pregnancy. 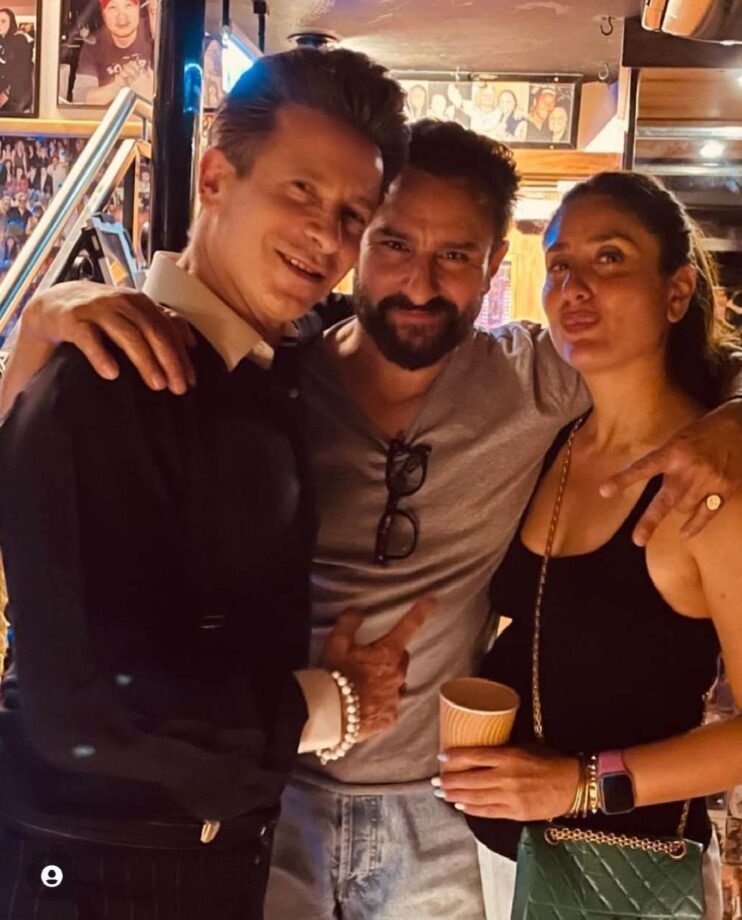 The picture was captured during her vacation with her husband in United Kingdom. While clarifying the speculations, Kareena Kapoor made a hilarious statement quoting her husband’s joke about contributing too much to the country’s population.

Kareena denied the speculations, a day after her picture with a friend in London went viral in social media platforms with netizens guessing that the actress is pregnant. In the picture, Kareena was seen wearing a black top and white trousers.

The picture was widely shared in the fan accounts with the users of Instagram questioning whether the actress is pregnant again and is hiding her baby bump with her green sling bag. Few even thought that the picture could be photoshopped and a many came in as a defense to the actress saying “why would she hide her pregnancy to the public? ”

On Tuesday, Kareena Kapoor came up with a post in her Instagram handle saying that it’s just the food she consumed and joked about Saif Ali Khan being a father of four. “It’s pasta and wine guys… Calm down… I am NOT pregnant… ufff… Saif said he has already contributed way too much to the population of our country… Enjoy… KKK.” The actress said through her post. 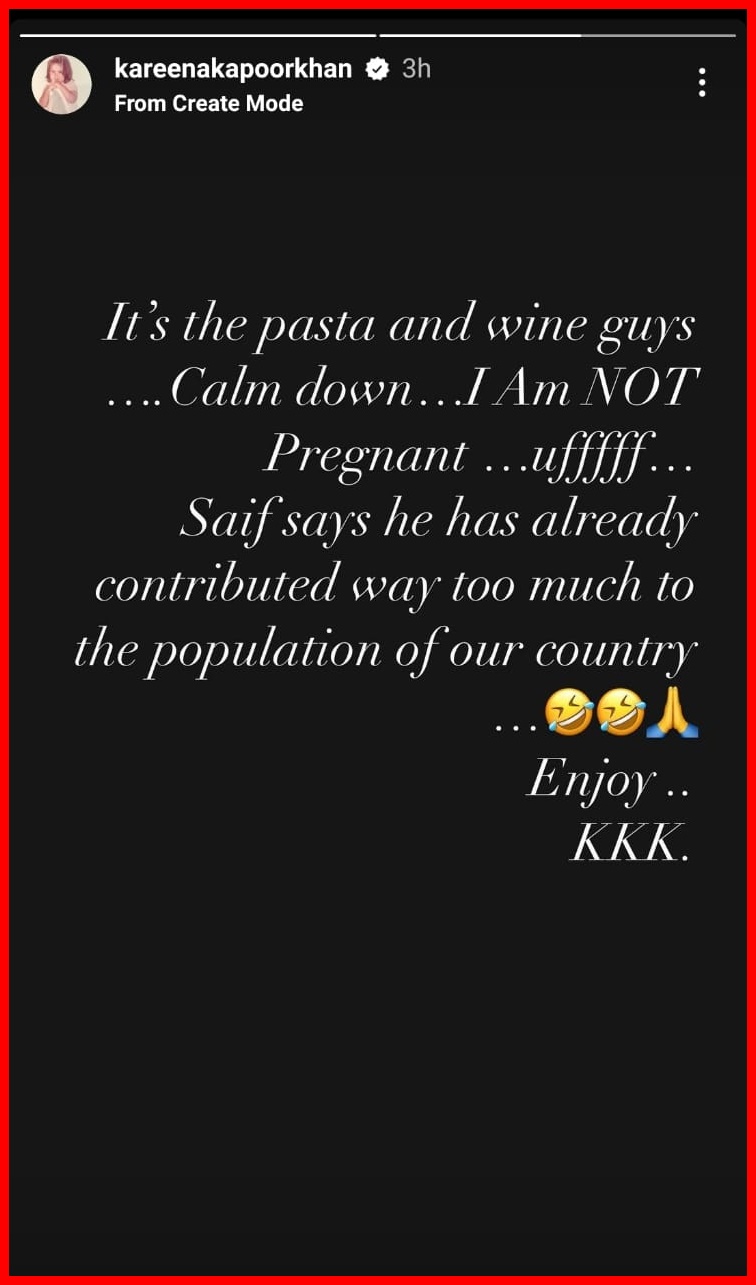 Check how internet reacted to the clarification of the actress :

People trolled Kareena Kapoor so much over her pregnancy that she has to ho through abortion & post an insta story that she isn’t pregnant anymore. Ashamed to see what we have reduced to as a society.

so kareena kapoor was slut shamed, her body was “analysed” , saif ali khan was name called all for her to come online &confirm that she is not pregnant.
yeah maybe Indian twitter need to find a hobby than just hating on here.

Finally I can say that I have a figure like Kareena Kapoor.

Previous articleMohan G Reacted To The Statement Of Actress Sheela !!
Next article“Social Media Is Not Real Life” – Thoughtful Message From Priya Bhavani Shankar !!

Love Couples Arrested For Being So Intimate In Children’s Park !! Check Reactions !!

Love is a force of nature. However much we may want to, we can not command, demand, or take away love, any more than...

RJ Balaji who made his debut as protagonist through the movie LKG earlier this year, is still doing commentary for cricket matches. His commentary...