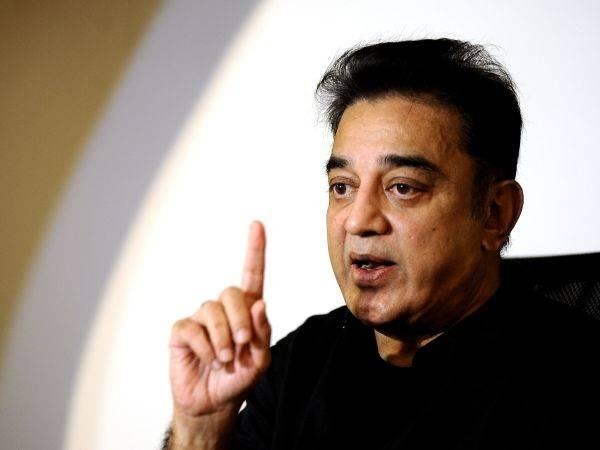 Kamal Has A Big Surprise For Us On His Birthday, Indeed A Great News!

Kamal Has A Big Surprise For Us On His Birthday, Indeed A Great News!
Actor Kamal Haasan has stated that he will be making an announcement to the public on November 7, which incidentally happens to be his birthday. In an article that he has written for Vikatan, a Tamil magazine, the star has hinted at starting an organisation where he will collaborate with the youth to address issues in the state. In the column the actor writes, “I understand that there is an army of youngsters waiting out there. I believe that I have the duty to unite them. So, on November 7, I will announce a method by which I can communicate with them.”

“I welcome people who feel a sense of duty towards the state of Tamil Nadu,” the actor has reportedly said. “Those of you who think of it as a sacrifice please stay away, I don’t want to be indebted to you,” said Kamal. He also said that he will be chalking out an action plan with the volunteers.

He also told that he would announce his political entry on November 7, Kamal took to Twitter to dismiss such reports. He tweeted saying, “Can’t announce party because media wants it. For years, the association members have been meeting on Nov 7. General announcements will be made in the Makkal Mandram.” He once went to visit Kerala Chief Minister Pinarayi Vijayan and later welcomed Delhi CM Arvind Kejriwal to his office in Chennai. “The reason why we got together, the purpose is singular, fighting against corruption and communalism. I also have the same reputation and so we decided to meet. It was a learning curve to meet him,” said Kamal, after his meet with Kejriwal. The actor also said that he hasn’t identified any political party which matches with his political ideologies.

Previous articleBJP gives a new tag for ‘Nov 8’ Marking the success of Demonetisation
Next articleLuke Is Back!!!

SHOCKING : Man Chopped Off His Own Finger After Voting For BJP Mistakenly !!

A 25-year-old man in Uttar Pradesh on Thursday allegedly cut off his finger because he accidentally voted for the Bharatiya Janata Party instead of...